An investigation into alleged sexual misconduct at an event in 2013 has led to AngelList employee Lee Jacobs going on indefinite paid leave of absence, sources tell TechCrunch and the company has now confirmed.

AngelList was informed of the incident two weeks ago. According to a source familiar with AngelList’s internal workings, on July 13th, AngelList told employees via Slack that “Some of you have noticed that Lee is no longer available on email or Slack. He is on leave for personal reasons indefinitely and will be unavailable for contact. Jake and Parker are taking on his responsibilities temporarily while we figure out the longer term.”

AngelList had yet to make any public statement about the situation. After several requests for comment, the company’s COO Graham Jenkin told TechCrunch, “We’re investigating a report about an alleged incident that occurred before an employee joined the company. The report is from a third-party. The employee is on leave and we can’t comment further while we’re investigating.”

[Update 7/18 9:45am: Lee Jacobs has provided a statement to TechCrunch through an intermediary: “This simply is not true. I’m looking forward to getting this resolved quickly.”]

The incident allegedly occurred while Jacobs was an “investor/advisor” at language startup Colingo, prior to him becoming the managing partner and co-founder of Edelweiss, a group of angel investors. He publicly describes himself as having become an advisor to AngelList in December 2013, and lists himself a partner at AngelList as of September 2015 on LinkedIn, Twitter and Facebook.

AngelList followed up to clarify Jacobs’ role, telling TechCrunch “We allow any employee at AngelList to use ‘Partner.’ Lee’s duties are in sales and he does not and has not made investment decisions on behalf of AngelList.” 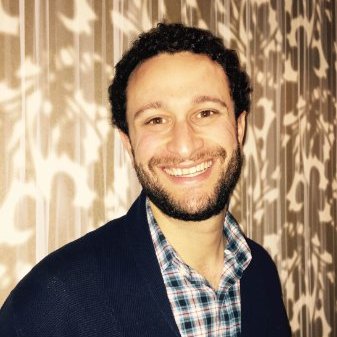 TechCrunch is keeping details of the alleged sexual misconduct private at the request of the victim, and their advocate to whom we spoke. The complaint lodged with AngelList by the victim’s advocate alleges that Lee Jacobs sexually assaulted a woman during an event attended by others in the tech industry on March 17th, 2013 . The victim’s advocate says distress from the incident caused the victim to leave the San Francisco Bay Area.

The advocate claims that AngelList’s leadership team was offered a chance to speak with the victim on the phone but the company declined. The team has signaled a preference for the victim to instead work with law enforcement and press criminal charges before AngelList will get further involved.

AngelList has hired an outside investigator to conduct inquiries into the situation. This was done rather than AngelList’s executives personally conducting the investigation, which could present conflicts of interest. The victim and their advocate have declined to speak to the investigator.

As public support for victims and whistleblowers grows, the risk of retaliation against those who speak up may decrease. That could lead to more allegations that could shake up the tech industry — which has long been dominated by men and cavalier attitudes toward professional decorum.

Some in the tech scene worry that male VCs may selfishly avoid meetings with female founders or move them to less conducive office settings to minimize their own risks of being called out for bad behavior. But illuminating the hard truths about how women are treated in tech is an important step toward increasing equality in the industry.

This article was updated 7/22 to note that AngelList had hired an external investigator.