As the Brits prepare to exit the EU in the coming years, it’s going to require that they have a set of services based on British soil. Google helped solve one cloud localization problem today when it announced it was opening a shiny new London region.

For companies that require data sovereignty, that is, a legal requirement to keep the data in-country, the EU was fine up until now, but with Brexit looming, they may (depending on how negotiators work things out) require a local presence. Regardless, it gives customers a local option, even if it’s simply for the purpose of delivering content close to the source to reduce latency.

This point was not lost on Google Cloud product manager, Dave Stiver, who wrote in the blog post announcing the new region, “Incredible user experiences hinge on performant infrastructure. GCP customers throughout the British Isles and Western Europe will see significant reductions in latency when they run their workloads in the London region.”

In fact, Google is claiming some pretty significant local performance increases by placing the data closer to the user. “In cities like London, Dublin, Edinburgh and Amsterdam, our performance testing shows 40%-82% reductions in round-trip time latency when serving customers from London compared with the Belgium region,” Stiver wrote in the blog post.

Ultimately though the company is offering several options, and customers are free to choose from local, regional or global installations based on their needs.

The new London region is divided into three zones with each one offering compute, big data, storage and networking services.

Google also made a point of announcing its support for General Data Protection Regulation (GDPR) as of last May. Since this is an EU regulation, it remains to be seen if it will continue to be relevant in Great Britain post-Brexit, but regardless, it will matter to those companies running applications and services across multiple regions.

With today’s announcement, GCP now has regions in London and Belgium with future ones planned for Frankfurt, the Netherlands and Finland. 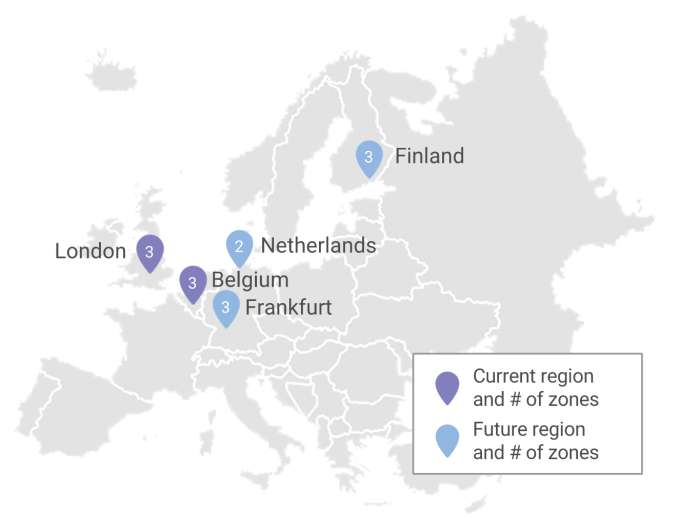