Facebook sees Groups as the core of its push to “build community,” as Mark Zuckerberg detailed in his 6,000-word humanitarian manifesto. So today at its Communities Summit in Chicago, where it assembled 300 admins of top Groups, Facebook is making good on Zuckerberg’s promise to give admins more tools to manage their flocks. These include Group analytics, membership request filtering, removed member clean-up, scheduled posts and group-to-group linking.

These tools automate or facilitate the busy work that Group admins were already slogging through manually to assist their constituencies. Their rollout should increase the sharing of resonant content as well as the sense of tight-knit camaraderie and vulnerability in groups — ranging from activist leagues to patient support networks to hobbyist clubs.

Cox says that almost wistfully, as if he’s internalized Facebook’s slide from deepening real-world bonds toward digital voyeurism. But Facebook’s on a new mission to reclaim that original purpose.

In fact, today Facebook unveiled its new mission statement: “Give people the power to build community and bring the world closer together.” This evolution from “making the world more open and connected” acknowledges that more raw connection isn’t always good — it must be in the service of strengthening our bridges to the people and world around us. And to turn the mission into a goal, Zuckerberg says Facebook wants to help 1 billion people join meaningful communities.

But first, Facebook needs to equip admins to make their Groups more meaningful. In his community letter Zuckerberg wrote that Facebook needed to “build more tools to empower community leaders … to run and grow their groups the way they’d like.” Here they are:

Group Insights: Analytics have been Facebook’s top request from Group admins, so it’s hooking them up with a similar Insights product to what Page admins have on both web and mobile. This includes real-time growth, membership and engagement metrics, including how many posts are being published and when their content is most popular. Understanding what content resonates could help admins share more like it. 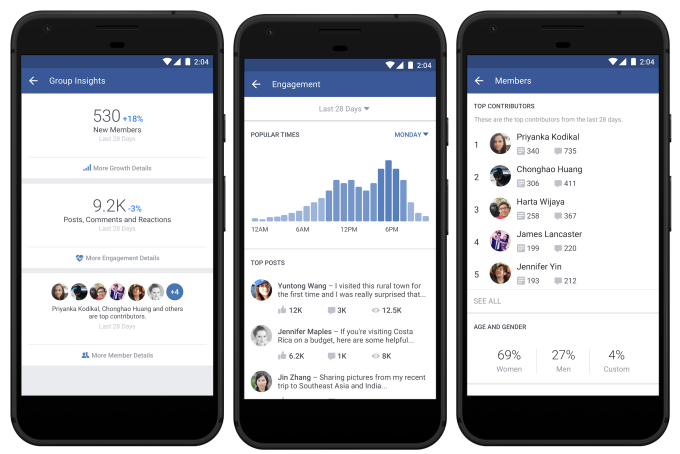 Scheduled Posts: Along with analytics to know the best time to post, Facebook is allowing admins and moderators to schedule posts at those times, or to compose content whenever’s convenient for them and post it later. This permits busy Group admins to write a bunch of posts over the weekend, and then schedule them to publish throughout the week, which is especially important as all these admins are essentially volunteers with day jobs. 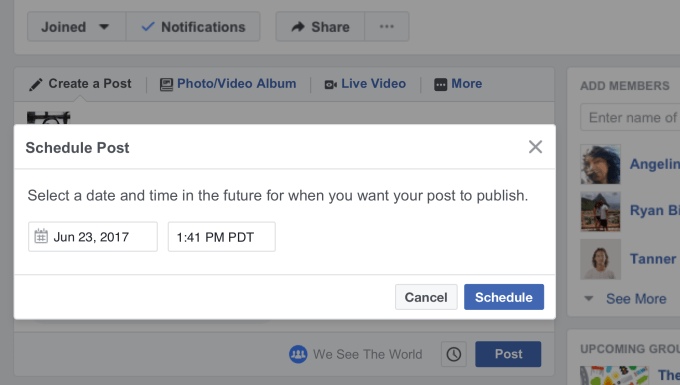 Group To Group Linking: Some Groups are local chapters of bigger organizations, or are connected to similar groups with overlapping memberships. Group to group linking lets admins display suggestions of similar or related groups that their members might want to join, too. Facebook says more formal sub-Group structuring is coming. Together, these could improve Group discovery while encouraging local- or interest-based branches of Groups to assemble and have more intimate conversations. 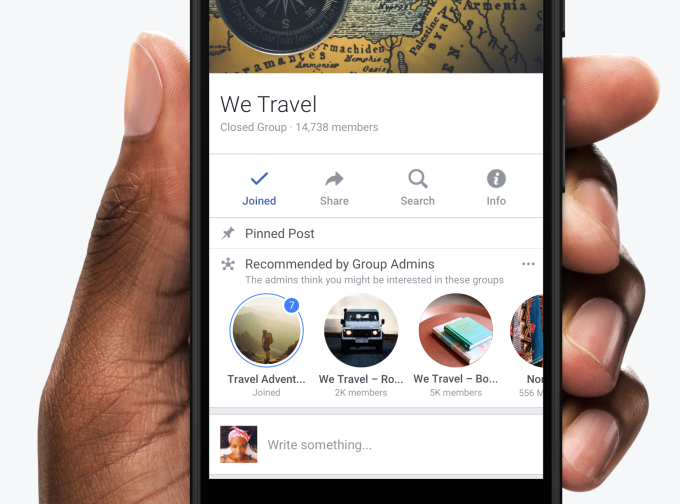 Removed Member Cleanup: If a troll or troublemaker slips into a Group and gets removed, Facebook now allows admins to instantly delete all their posts and comments, and rescind recent invites they’ve sent to potential new members. Facebook could disincentivize Group trolling by making it easy to purge them from the record. 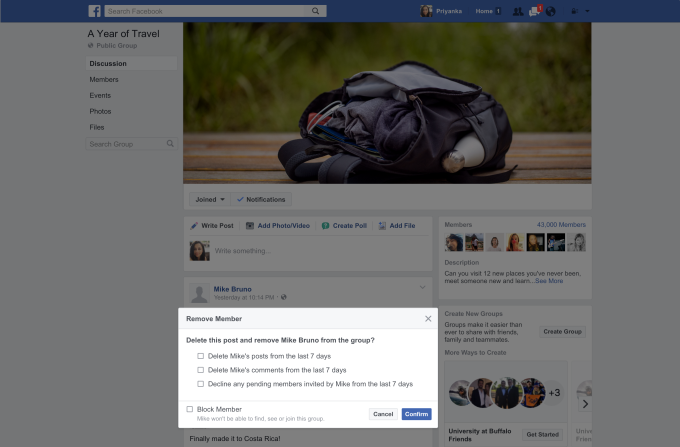 Membership Request Filtering: Facebook already launched the ability to gate Group membership with a screening questionnaire to make sure the potential admit isn’t a troll or will dilute the community. Now Facebook is automating the screening decision process by letting admins set filters to only admit certain genders or people from specific locations. Unfortunately, these inflexible rules could potentially exclude people they shouldn’t. 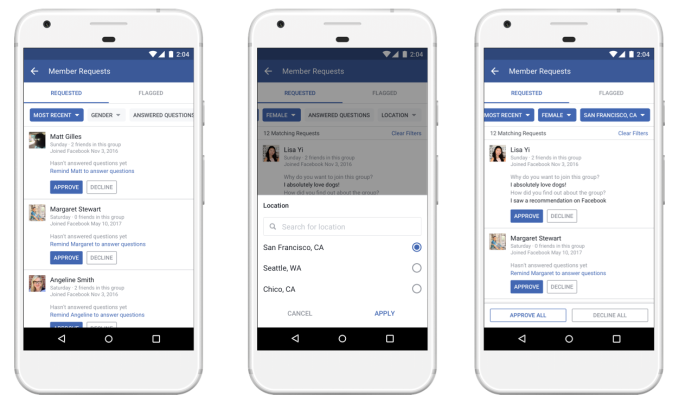 For example, these filters could bar someone who is biologically a man but identifies as a women and wants to join a women’s group, or someone who lives in San Francisco but wants to join an Oakland  community group because they frequently stay with and take care of their sick mom who lives there. Though it takes tons of time and can be a boring chore, human admins who filter through membership requests know when to let someone slide.

I asked Facebook if there was an appeals process for people who believe they’ve been wrongfully rejected from a Group. While the company says there isn’t, it plans to look closely at the problem of overly strict filters.

Facebook has a tough challenge ahead trying to design one-size-fits-all products for the 1 billion-plus people who use Facebook every month. But there’s also a massive opportunity. While there are more and more social apps where you can watch your friends, and news apps where you can follow the world, Groups is a relatively unique product to Facebook. If it can make Groups better, and thereby convince more people to join more great ones, Facebook could give people a whole new stream of more niche, personal content outside the News Feed.