It’s not easy to get out of credit card debt, but a startup called Tally wants to help consumers do just that, as its first step in automating their personal finances. That company is launching with a mobile app today that is designed to help consumers avoid late fees, lower credit card balances and maximize their savings.

Over the last few years, I’ve been looking for products and services in the fintech space that are designed to automate the process of saving money and paying down debt. And while there are a number of companies that provide dashboards, insights and analytics that help you understand your personal finances, very few actually do anything.

Basically, I’ve been trying to find a robo-advisor for your personal finances — something that will take a look at your income, checking and savings balances, credit cards, student loans and mortgage accounts, and make the best financial decisions for you based on all that data.

That’s what Tally wants to do, starting with credit cards. For credit card users who carry a balance, it can be difficult to figure out how much they can afford to pay to lower their debt from month to month. That calculus becomes even more complicated when people have multiple cards to contend with.

By adding all their active cards to the Tally app and connecting a checking account to the app, the company will create a plan to help consumers avoid late fees, maximize their savings and reduce the amount they pay in interest fees.

Tally takes into account multiple aspects of a user’s credit card usage, including their credit score, balances, promotional rates and spending behavior in plotting the best course of action. Unlike other personal finance apps and services, which use that data to suggest a new card that users can transfer their balance to, Tally is focused first and foremost on helping users to eliminate whatever credit card debt they may have. 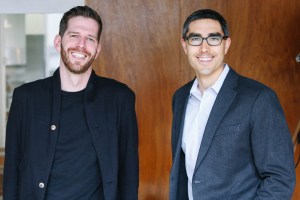 In some cases, that will mean offering a loan of its own at a lower interest rate to accelerate the process. Other times, Tally will alert users when credit card payments are due and allows them to make payments directly in the app. By doing so, the company believes it can help them avoid late fees and pay down balances faster.

Tally’s first step in improving consumers’ financial lives is built around algorithms that will help them lower credit card balances and maximize their savings, but the company wants to do much more.

“There’s an interesting choreography between man and machine,” Tally founder and CEO Jason Brown told me by phone. “Humans are capable of logic, but their financial decisions are often driven by emotion.”

The next step would involve automating those payments, rather than nudging consumers to pay the bills themselves. To lay the foundation for automation, the company has gone state-by-state to get licensed to underwrite loans and make payments on behalf of its users.

Today Tally is available in California, Florida, Illinois, Ohio, Massachusetts, New York, Texas and Wisconsin, which means it can serve more than half of all credit card customers. The company has plans to be operating in all 50 states by the end of the year, however.

Before it even launched, the company has raised $17 million in funding, with Shasta Ventures and Cowboy Ventures as its lead investors. But now that it’s going live, Tally will be able to use that funding as it begins marketing the product more broadly.