Figure 1 isn’t for the squeamish, but investors apparently love it. The company, a kind of social network where more than a million healthcare professionals can view rare conditions, learn about novel treatments and even teach cases, has just raised $10 million in Series B funding.

Kensington Capital Partners led the round in Figure 1, which has also been called the Instagram for doctors. Other participants include Samsung NEXT, insurance conglomerate John Hancock/Manulife, the venture debt firm WTI, the Canadian investment firm Hedgewood, and earlier backers Union Square Ventures, Rho Canada Ventures, and Version One Ventures.

Last week, we caught up with Figure 1 founder and CEO Gregory Levey to learn the latest about the operations (ahem) of his four-year-old, 50-person, Toronto-based startup, which has now raised more than $20 million altogether. Our chat has been edited for length.

TC: People are under the impression that only medical professionals can sign up to Figure 1, but that’s not so.

GL:  Anyone can join. In fact, we kid that it’s all journalists and VCs — people who are curious. But only medical professionals can post photos and make comments. Otherwise, you get a modified experience where you can see stuff but you can’t post or comment. If we verify you as a healthcare professional, you get access to different stuff, as well.

TC: When you say healthcare professional, that’s doctors and nurses. What about students?

GL: We don’t want pre-med, but we make an exception for nursing students, and about 70 percent of med students around the country are members.

TC: So your members are mostly in the U.S.?

GL: About two-thirds are the in U.S. The second most engaged user base we have is in Latin America. We inadvertently [hired a lot of Brazilians] and have a whole Portuguese-speaking side of the office [laughs], so we make the app in both Spanish and Portuguese. We also have a lot of members in the U.K., and Australia is big. People also like us in emerging markets, but you get into bandwidth issues; the phones aren’t really at the level where you can keep [the Figure 1 app] on your phone because of storage issues.

TC: How many registered and active users do you have?

GL: We’re tracking toward a big user milestone now, but we’ve disclosed in the past that we have more than 2 million registered users and have hundreds of thousands of monthly active users. There are 800,000 doctors in the U.S.

TC: In terms of engagement, what do you see? Is it like other social networks, where a small subset of visitors is active and everyone else is sort of playing the part of voyeur?

GL: I’d say it’s pretty standard, though there’s maybe more discussion on Figure 1 than in other places. We also recently opened up text-based cases, so instead of just posting a picture, a doctor who didn’t get permission to take a picture can describe what he or she saw; we also have mental health professionals describing cases. That’s grown quite dramatically.

There’s a lot of social learning on the platform. I used to think everyone had to post cases, but we’re realizing the analogy is more a YouTube versus Twitter. I’ve never posted a video on YouTube, but I watch it all the time. People get real value out of it, but not everyone wants to post a medical case and that’s fine. 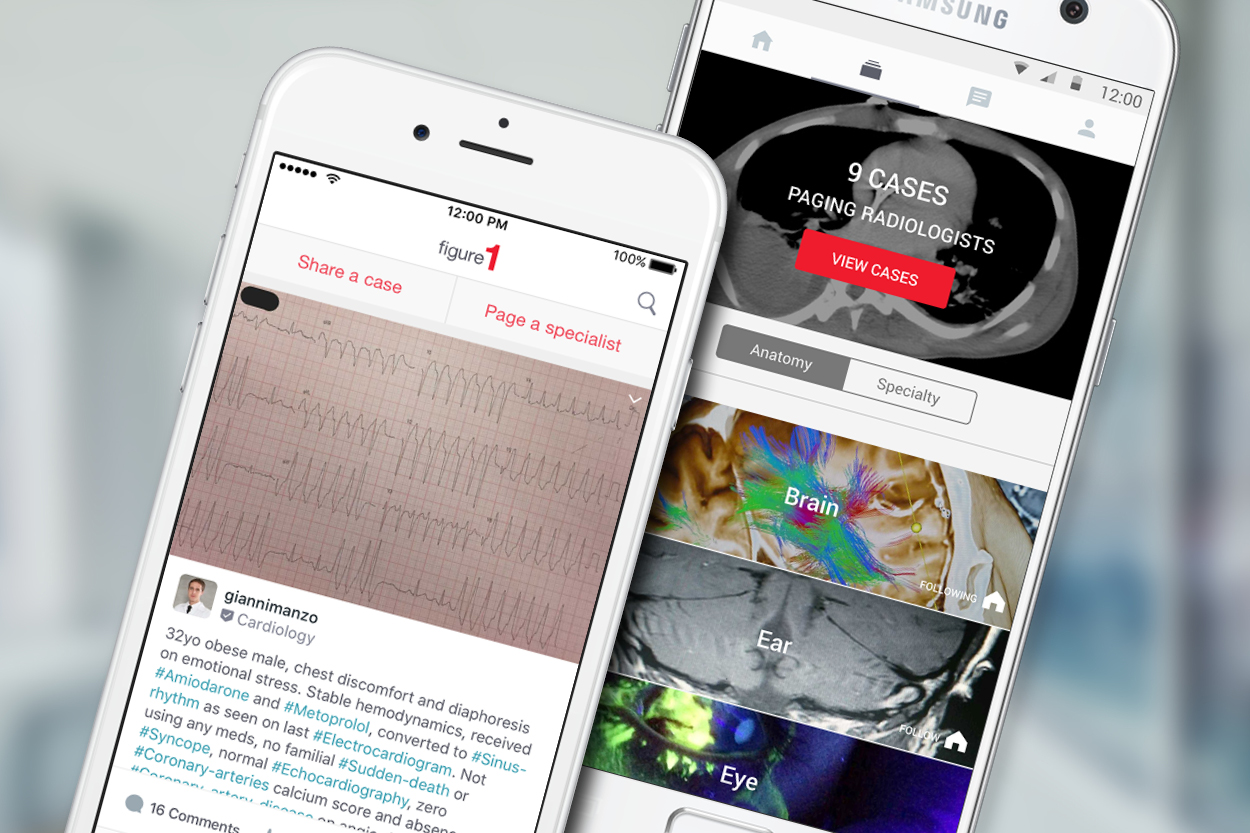 TC: How do you ensure you have content across a number of verticals, or does it just happen organically?

GL: In the beginning, we talked about picking one vertical within healthcare; instead, we cast a super-wide net, opening it up to everyone from those in lab medicine to psychologists, and it developed organically from there. We don’t really consciously go after certain groups.

TC: You recently began experimenting with monetization, adding sponsored content to the platform, including having brands sponsor doctors to teach other doctors on the platform. How’s that going?

GL. It’s going well. It’s still early. We’ve had a tremendous reception from sponsors — more than we can handle, really, which is good. So far, users are responding well to it, too, because we’re focused on high quality. In fact, we’re generally seeing higher engagement than with our non-sponsored content, which is user generated.

TC: Are you thinking to feature more professional content?

GL: We don’t want to become a media company. We’re careful not to do that. The heart and soul of Figure 1 is the users themselves.

TC: How will you use your new funding?

GL: We want to use it to grow our user reach. The revenue stuff is working, so a big use of the funds will also be pushing [further] into that. We’re also exploring new technologies and new revenue streams. We were new and exciting four years ago; we want to be new and exciting today, too. There’s a lot of value in the cases, for example, we’re thinking how to leverage that have hired a senior machine learning guy. Sponsored content is great and potentially massive from a revenue standpoint. I had no appreciation for the level of marketing spend [that companies are authorizing]. We’re talking, too, with institutions that are interested in premium features for employees.

TC: Would you ever expand into another industry?

GL: It’s funny. A friend was like, ‘You need to do this for horse racing!’ I was like, ‘I don’t think so!’ But dentistry may have its own needs, so we’re considering something in that realm. Another thing I think about, maybe because I’m a dog fan, is veterinary. We have a lot of veterinarians on Figure 1 and they can’t post, but they’ll make comments about [a human case], like, ‘This is a similar presentation that happens in a feline,’ and people will shoo them away. They’re like, ‘Get out of here.’