About half the counties in Texas don’t have the number of public clinics required to meet the contraceptive needs of the population. So Nurx, an at-home birth control delivery app, decided to give women in the state the option to get birth control whenever they want and without ever needing to step into a clinic or even physically see a doctor.

Starting today, those in the Lone Star State will be able to tap the Nurx app and get contraceptives delivered straight to their door.

While Texas isn’t the only state with a giant “contraceptive desert,” or an area without at least 1 clinic to every 1,000 women in need of publicly funded contraception, it is certainly the biggest area of land in the United States not meeting these needs.

And with Trumpcare looming, and Trump’s recent “Religious Freedom” order, which allows businesses to deny birth control coverage based on religious reasons, many women could lose access to their publicly funded birth control pills and even more publicly funded clinics could go under, leaving a large and vulnerable population wide open to other, possibly dangerous methods of preventing birth. 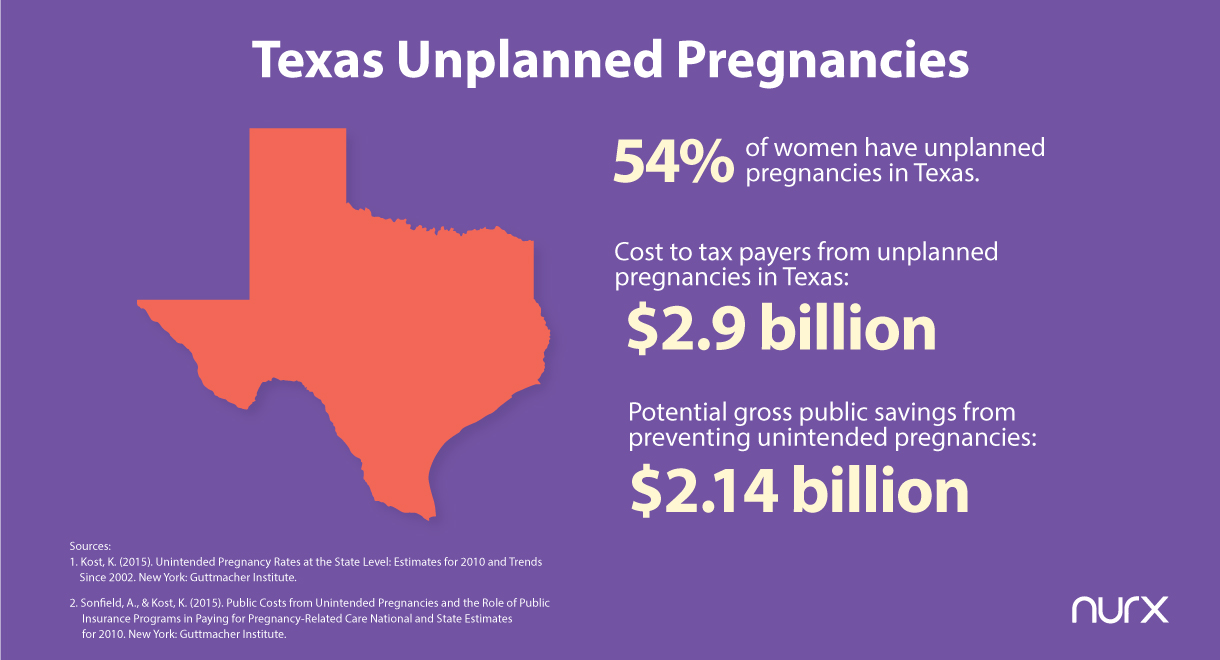 While there are plenty of birth control delivery services out on the market, such as Maven, The Pill Club, Lemonaid and BirthControlBuzz, I had a hard time finding any that delivered in Texas (get at me if you do). That’s not to say they won’t at some point, as each of them could easily open up shop in this area, but it does seem Nurx, which is not a free birth control delivery service, but does provide the pills at a reasonable cost, may have discovered a goldmine of people in need, for the time being.

For instance, a little more than half of all pregnancies in Texas were unplanned in 2015, costing taxpayers $2.9 billion that year. However, according to a Guttmacher Institute report, the total gross public savings from preventing unintended pregnancies would have been $2.14 billion if women and couples could be empowered to prevent them. Couple that with the teen birth rate in Texas, which sharply declined by 56 percent over the last two decades, thanks in large part to contraceptives, according to the National Campaign to Prevent Teen and Unplanned Pregnancy.

Couple that with an additional estimate of more than 19 million women living in these “contraceptive deserts” nationwide and it’s easy to see adding these types of services could save money at the state level by removing middlemen and increasing access, as well as provide a lucrative area for Nurx and other birth control delivery apps to tap.