The new iPad Pro has a 10.5-inch screen, while maintaining the nearly same size as its 9.7-inch predecessors. Obviously, that means Apple has shrunk down the bezels on this bad boy considerably.

That’s a 20 percent larger screen with much thinner bezels, and the tablet weighs in at just one pound.

As you may remember, Apple issued a random update to the iPad in March, which essentially upped the processing power and lowered the price. 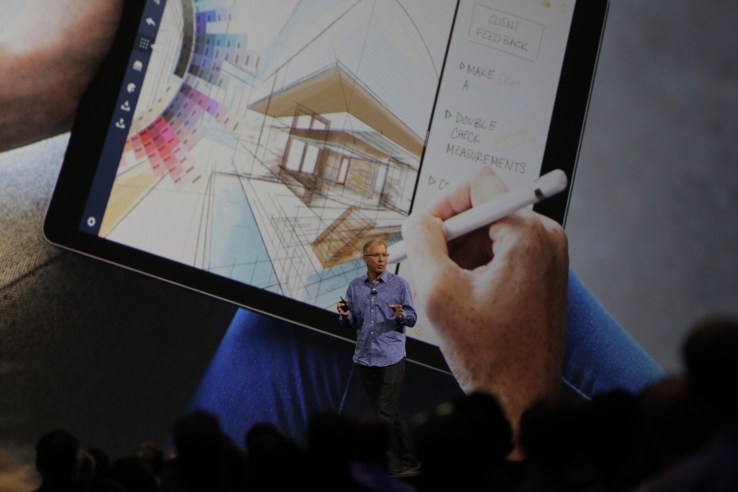 The larger screen means Apple is adding a full size on-screen keyboard, as well as an external keyboard.

Alongside the update to the 9.7-inch (now 10.5-inch) iPad Pro, the 13-inch model will get true tone displays with 600 nits brightness, meaning they’ll be able to handle HDR video. Plus, Apple is increasing refresh rate to 120hz, which will essentially double the animation frames and maker scrolling extra smooth.

This offers even better latency for the Apple Pencil, dropping it down to an astounding 20ms.

The new iPad Pro will ship with a new six-core A10x CPU, which has 30 percent faster processing power than the A9x. Plus, Apple is doubling the iPad Pro base model storage to 64GB.

In terms of software, the iPad Pro will now have a doc, with updated app-switching that shows way more apps at once. Oh, and the iPad now supports drag and drop.