Virtual reality is coming to Macs, sort of.

Apple showed off a new version of Metal, named Metal 2, at its WWDC event Monday. The big news was that there will soon be Mac support for VR content creation. Apple is shipping “Metal for VR” with High Sierra.

All of this is enabled by Metal 2’s new support for external graphics, which will allow you to connect your Mac via Thunderbolt to an external GPU that’s a bit more beefy than the integrated graphics on the MacBooks and the less blazing graphics cards on desktop. This external graphics solution isn’t the most user-friendly configuration, so don’t expect any consumer-facing VR love too soon.

Notably, the company announced that it has partnered with Valve to bring SteamVR SDK support to the Mac. SteamVR is the software behind headsets like the HTC Vive and an upcoming headset from LG. Apple also detailed its collaborations with Unity and Epic Games’ Unreal engine to optimize the top VR game engines for macOS. No details on whether Oculus developers will get any native love.

Metal 2 has a new VR-optimized display pipeline alongside viewport arrays and stereoscopic visualization frame debuggers that should allow VR developers a great way to build content on the Mac. 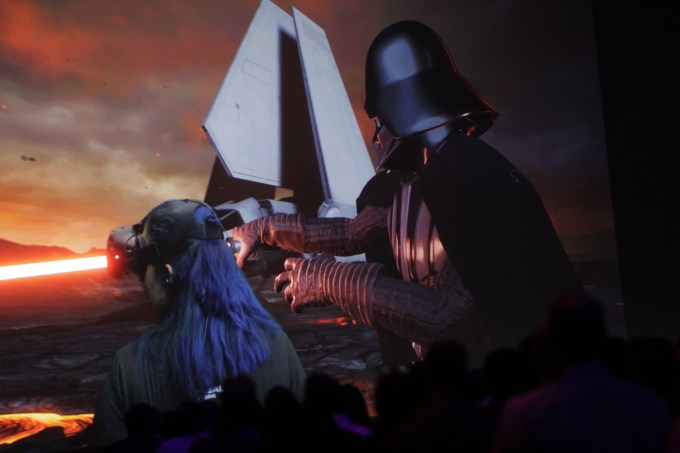 Apple had a few VR demos to show off, specifically one from Star Wars made by Lucas Films’ Industrial Light and Magic. In a mixed reality demo, ILM showcased VR creation inside VR drag-and-dropping ships and Darth Vader himself.