Back in January we heard about Draper’s efforts to outfit a living dragonfly with a sort of solar-powered mind control backpack. This project, known as DragonflEye, is cruising right along, and the R&D firm just released a video of the modified insect taking flight.

The idea is to control a living insect’s flight remotely, but without clumsily activating its wings artificially (the subtlety of those movements are beyond us) or merely giving the insect the idea of going in a certain direction (it can learn to ignore these notions).

To do so, the Draper team relied on what’s called optogenetics, infusing certain parts of the insect’s anatomy with light-sensitive materials that both produce and respond to light in a certain wavelength (more details in my original article). It’s not a simple undertaking, as the project’s senior researcher, Joe Register, explained in an email to TechCrunch. 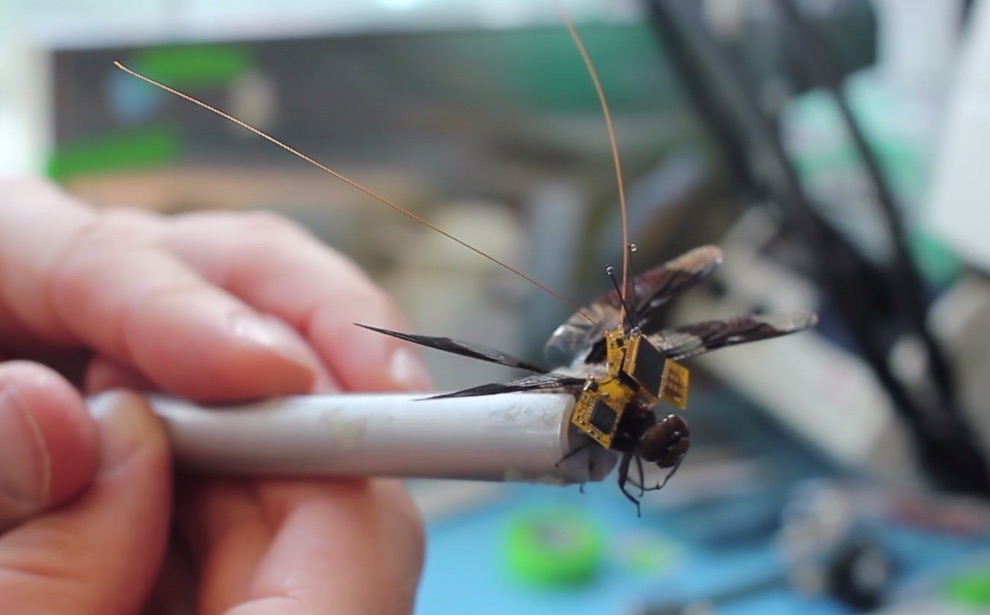 “Last year we focused on developing core enabling technologies like the backpack, optrode, and synthetic biology toolkit for the dragonfly,” Register said. “Now that we are in our second year, we have equipped dragonflies with our first-generation backpacks in a motion capture room that can monitor their precise flight movements as data is captured from navigation system. This has allowed us to develop precise onboard tracking algorithms for autonomous navigation.”

In other words, they’ve gone from making DragonflEye possible to making it practical. Manual control of a tiny, fast-moving bug is impractical, so setting waypoints or areas of activity seems the more logical course.

In the video above, you don’t see the fly doing much but get a second or two of airtime. Don’t worry, that’s on purpose — this generation of the hardware is pretty basic.

“Steering the DragonflEye was not the goal of this video, but we plan to do it soon,” wrote Register. “We will apply optical stimulation from the backpack to trigger flight behaviors which will allow us to develop autonomous flight control.”