Robots are good at a few simple things. They can lift and carry huge objects, fly around like dragonflies, and murder our families while we watch, their cold circuits flitting with nascent feelings of remorse and anger. But they can’t stack rocks very well.

This is because rocks are all different. However, imagine a situation when a robotic arm needs to move rubble or build a foundation for a house. Knowing how to manage heavy boulders and tiny pebbles would be a valuable skill. Researchers at ETH Zurich have unveiled such a robot in their new project, “Autonomous Robotic Stone Stacking with Online next Best Object Target Pose Planning.”

The system is completely autonomous and the robot receives no human input to pick up and stack non-homogenous rocks. 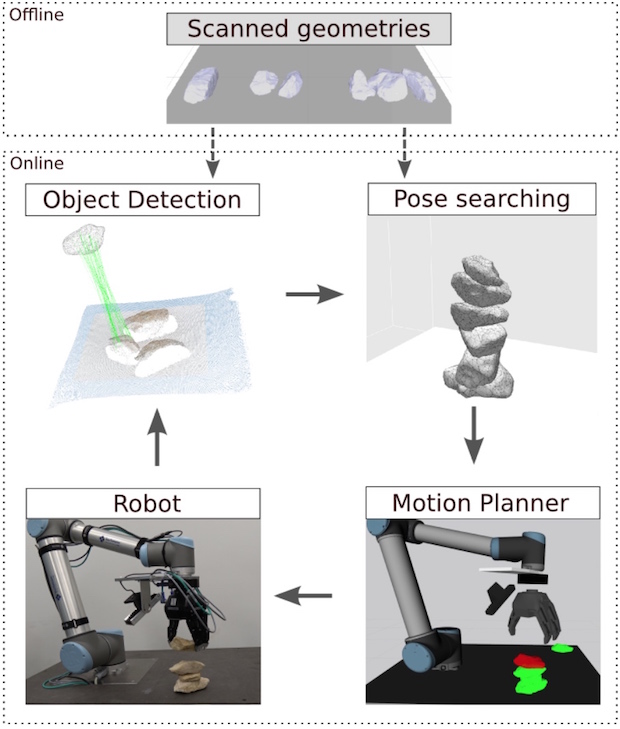 The project involves a robotic arm and camera system. The camera measures the rocks and estimates their weight and center of gravity while the arm gently lifts the rocks and plops them on top of each other. It’s only a matter of time before these robots abandon rocks, however, and begin stacking the skulls of their enemies.

The arm can stack up to six rocks – a challenge for humans – but it works best with four. I, for one, welcome our rock stacking robotic overlords.