Sling TV, the Dish-owned streaming service for cord cutters, wouldn’t win any awards for its app’s design, which at best is merely functional and at worst, downright confusing. The company, however, has been trying to improve the experience over the years to make its features easier to access and today, it’s continuing those efforts with a somewhat interesting choice: it’s going back to a traditional TV guide.

In case there was any question that the new online TV services were just old, pay TV in a new package, this sort of seals the deal.

Even Sling TV says in its announcement that its new grid guide isn’t “revolutionary,” but it has been the most requested feature from Sling TV customers.

There’s a reason this interface makes sense – and has for years. If you’re going to watch linear TV, you want a simple way to scroll through what’s on right now, on which channel, and be able to visualize how much of the show or movie you’ve already missed, as well as see what’s ahead.

The traditional TV guide delivers this experience well, which is why it has been the most popular user interface for live TV over the years. And despite Sling TV and other streaming TV services’ intention to compete with on-demand rivals like Netflix, they’re not really in the same business.

Live TV services are aimed at those looking to cut ties with cable or satellite television – perhaps for cost-saving reasons, because they want more control over which channels they want to buy, or because they want to watch TV across mobile devices, even when outside their home, with less hassle.

But streaming TV subscribers aren’t ready to fully give up the TV experience. They still want a TV guide to see what’s on, a personalized list of favorite channels, a DVR, and so on.

The new grid guide is being added as option alongside Sling TV’s prior guide, now renamed the “Channel” guide. The grid lets you see what’s on, filter channels by genre, and peek at the upcoming schedule. 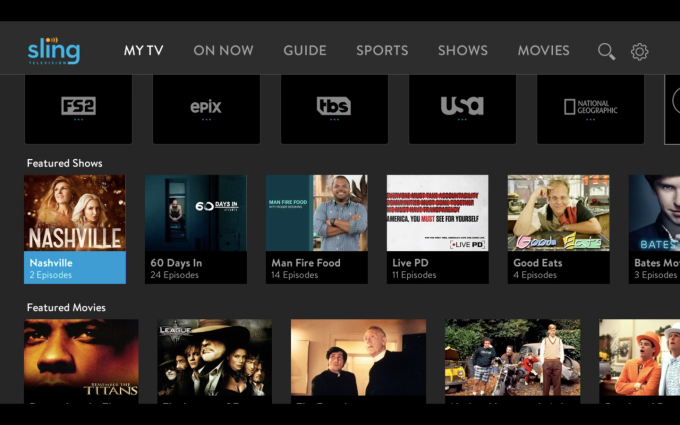 The feature is launching first on Android devices, and will then roll out to Sling TV’s other platforms.

Along with the launch of the grid guide, Sling TV says it will also soon expand its personalization options with the addition of new content ribbons to the “MyTV” section to include Featured Movies and Featured Shows. These are basically Sling’s own recommendations of its on-demand content.

Sling TV’s on-demand programming is a bit more limited than what you’d find on a service like Netflix or Hulu – it’s similar to the on-demand video you can get via cable. But Sling still tries to cater to would-be Hulu subscribers by touting its on-demand library. 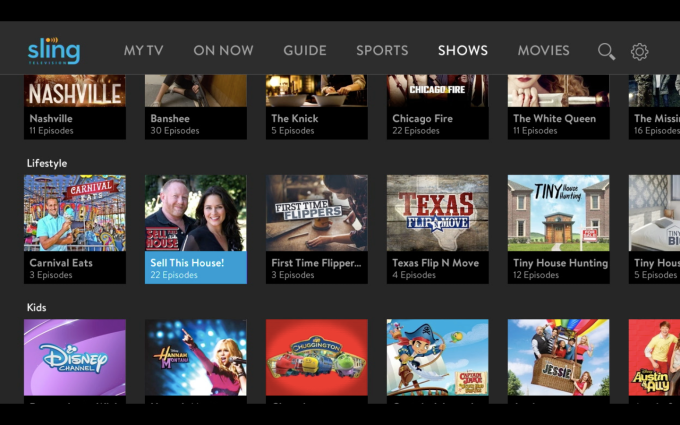 The Sling TV interface will also get a new “Shows” button for finding on-demand TV series from its catalog of 31,000 episodes. And its “On Now” section will be improved to recommend the more popular content first in its sorting.

These features will also roll out in the weeks ahead, says Sling TV.