Playing god has never been a particularly strange ambition for Silicon Valley.

Even so, there are few verticals filled with more utopian dreams than the studios and startups building virtual and augmented reality experiences. While some are looking to craft 3D experiences that integrate into the real world, others are aiming to create massive worlds we can escape to. The one thing many of them have in common, however, is that they are built on a game engine from a company called Unity.

Unity Technologies, which builds tools for developers crafting 3D content across multiple platforms, has been having a pretty solid year.

“Unity could be one of the most important technology companies in the next decade,” said Barry Schuler, a partner at DFJ Growth, which led Unity’s last round.

Schuler’s biases should be apparent, but his belief — that if virtual and augmented reality manage to take off, then Unity will be poised for greatness — is one shared by many investors and industry insiders I’ve chatted with.

The world Unity is ripe for is one based on spatial computing, a term for technologies that enable our interactions with digital objects to grow much more in line with how we interact with real-world things. 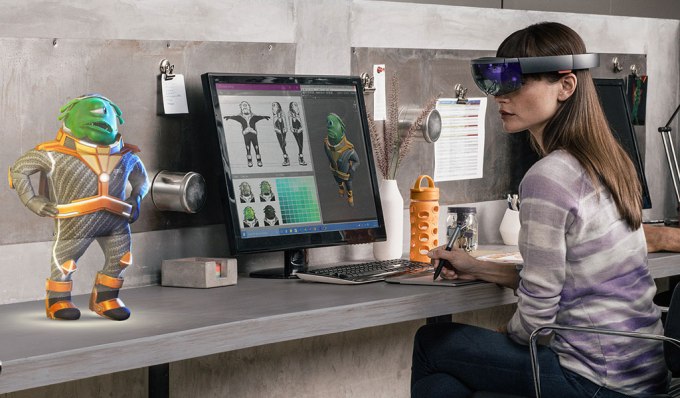 Rendering of a user viewing 3D objects with Microsoft HoloLens

Shopping for clothes online might transform from scrolling on a handheld device to peering at a real-world mirror and seeing what a hat or shirt would look like mapped in 3D on your head. It’s a world that’s limitless in its potential, though it will likely rely on some groundbreaking hardware to enable it as well as powerful software suites known as game engines.

Game engines may have initially been built for video game titles, but the needs of several other major industries are beginning to line up and shape the ambitions of the companies like Unity that create them. 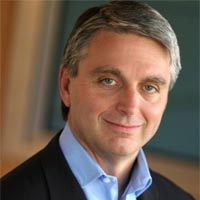 “We call it a game engine, but really it’s an animation/interactive/lighting/physics/presence engine,” Unity CEO John Riccitiello told TechCrunch. “And it happens to also be what Audi needs. And it happens to be what the guys at the Large Hadron Collider also need.”

Riccitiello joined Unity in 2014 as CEO, taking the reigns of the company from co-founder David Helgason who started the company from the ashes of a faltering game studio in Copenhagen. Prior to joining, Riccitiello served as CEO of Electronic Arts, one of the world’s largest video game companies.

When Unity launched it was just another game engine — its breakthrough moment came when it was first to launch development support for the iPhone, bringing a host of developers into the world of iOS in its earliest days.

A decade later, the company has around 1,400 employees and its software powers more than half of all new mobile gaming titles.

The SF-based company may already have a healthy grasp on mobile, with competitors like Epic Games and their Unreal engine focusing more heavily on desktop gaming, but an area where Unity is increasingly focusing its efforts is in the AR/VR space.

“Nobody that worked at Unity five or 10 years ago thought that we were going to be perfectly positioned for VR,” said Riccitiello. “I don’t think that we’re making Unity into all these different things, I think that all these other industries now need what’s been traditionally called a game engine.”

More than two-thirds of all content created for AR and VR uses Unity’s engine. Ninety-one percent of applications on emerging AR platforms like the Microsoft HoloLens are created on the engine, while Samsung’s Gear VR has about 90 percent of its gaming titles built using Unity.

While AR and VR technologies are incredibly young, the companies fighting for dominance over the platforms are the ones that have loomed large for quite a while. 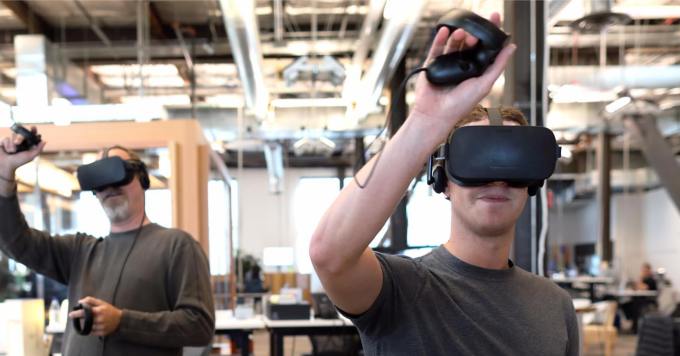 Google has its Daydream platform for mobile VR and its Tango platform for mobile AR. Facebook just introduced its augmented reality platform at its most recent F8 developer conference and also owns Oculus, which makes high-end VR headsets. Later this year, Microsoft will bring Windows Holographic support to VR headsets, and the company has done extensive work on its augmented reality HoloLens headset.

Schuler believes that Unity will only benefit from these companies continuing to duke it out for control, due to the engine’s widespread support for different platforms that users can publish to simultaneously with the click of a few check boxes.

“In the past when there weren’t standards or a winner emerging, it’s typically been bad because you need to get developers to buy into your development platform and make decisions about who is going to emerge the leader and that process slows everything down,” Schuler said. “With Unity, you’re really betting on the category because it has this great ‘write once, publish to everything’ platform.”

The company’s tools are free for personal use and priced on a per-device subscription for larger customers that scales based on the revenues being brought in.

As its capabilities widen and the popularity of its products surge, questions arise on what’s next for the rapidly growing company

One thing Schuler does not expect on Unity’s horizon is an acquisition from a platform giant. “If Google or Facebook were to buy Unity, everything that makes Unity work would go away, what makes it work so well is that they are a pure play, independent company.”

Riccitiello wasn’t too verbose on the topic of an exit, but said going public would be a topic of conversation for the future. “There will be another day when we talk about IPOs, but certainly not now,” he said.

Unity’s simplicity may be one of its greatest selling points, but as the engine matures in its ambitions, so too does the risk of compromising its core mission, Riccitiello says.

“The tension within Unity is always how to deliver this performance that would otherwise yield more and more complexity, and do so really simply. It’s always a vexing problem and a problem with balance,” Riccitiello said.

Below is an example of one of Unity’s Adam demo, highlighting some of the engine’s more intensive, boundary-pushing capabilities at work.

Earlier this month at a virtual reality summit hosted by Unity, famed evolutionary biologist Richard Dawkins came to the stage to offer his perspective on the worlds for which Unity is building its platform, saying, “Our perception of reality… it’s virtual reality, but it’s run by software in the brain.”

Unity may not be in the business of building for brains quite yet, but the prospects of virtual and augmented reality becoming widespread platforms have given the company new dreams to realize with its game engine, Riccitiello says. “Our ambitions are certainly far greater than they ever were before.”