Circle Media, the company behind Circle with Disney – a device that helps parents enforce their home’s internet rules and restrictions – has raised $10 million in Series A funding, the company announced this morning. The round was led by early stage venture fund Relay Ventures. There was another private equity investment in the round, but the parties didn’t want to be named.

The Portland-based startup had previously raised $800,000 in startup capital and $3 million in convertible notes. We had reported $1.5 million raised in November 2015, while fundraising was ongoing.

The A round included $7 million in new money from Relay and others, as well as the $3 million in convertible notes that changed from loan to stock. Counting this as additional new money, Circle has raised $10 million to date.

The idea behind Circle with Disney is to offer parents a simpler way of managing the devices on their home network, including when family members are allowed to be online, and what content they’re able to access. This is not a novel concept, to be fair – numerous companies have offered internet control software in the past, and several makers of network-attached hardware exist today that can do much of what Circle with Disney can, too. 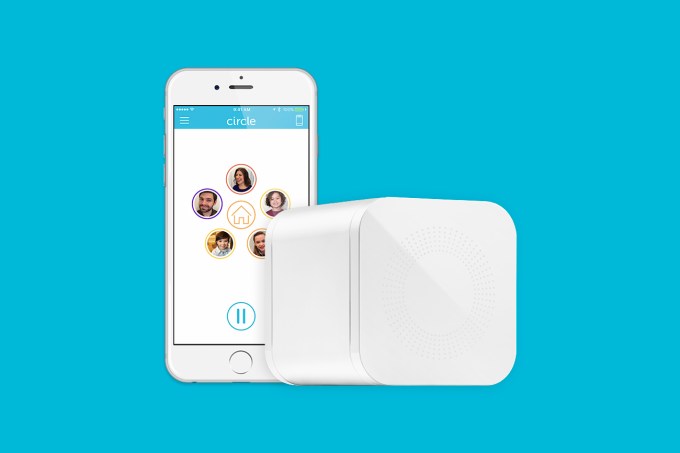 For example, Circle’s device competes with newer kid-safe routers like Torch, as well as modern routers that include parental control features, like Orbi, Eero, Luma, and others. It also takes on services like OpenDNS’s family shield or even the newer parental control applications rolling out from larger companies, like Comcast’s new Xfinity xFi app, Amazon’s FreeTime, or Google’s Family Link.

Like many of these devices and services, Circle with Disney allows parents to set device time limits, device “bedtimes,” configure internet and app filters, track web usage, and pause the home’s internet.

In fact, Apple’s failure to address some of these parental concerns – like being able to disable internet access, or setting screen time limits – within its iOS software has left a hole in the market, allowing companies like this to emerge.

In addition to the basics, Circle with Disney offers ways to reward kids with screen time for doing chores, turn off distracting apps while teens are driving, and more through a “Connections” platform that works with third-party apps and services.

Circle with Disney’s other advantage – as you can guess by its name – is its partnership with Disney for use of its brand name and select assets. The device includes access to short-form Disney content, like trailers, video clips, games, social media postings, GIFs, emojis, promos and more. Dozens of pieces of content are added daily, so there’s always something new to see.

The $99 device is sold through Amazon, Best Buy, Target, DisneyStore.com, and Circle’s website, and it recently hit 3,700 Walmart stores in the U.S.

Circle founder Jelani Memory, a former creative consultant, photographer, and videographer, declined to say how many Circle devices have been sold to date, but noted that the expansion in Walmart doubled its retail presence.

Beyond the upfront purchase price, Circle Media also makes money by upgrading customers to its Circle Go subscription. This extends Circle’s feature set outside the home, including to mobile devices on cellular networks, for $9.95 per month. 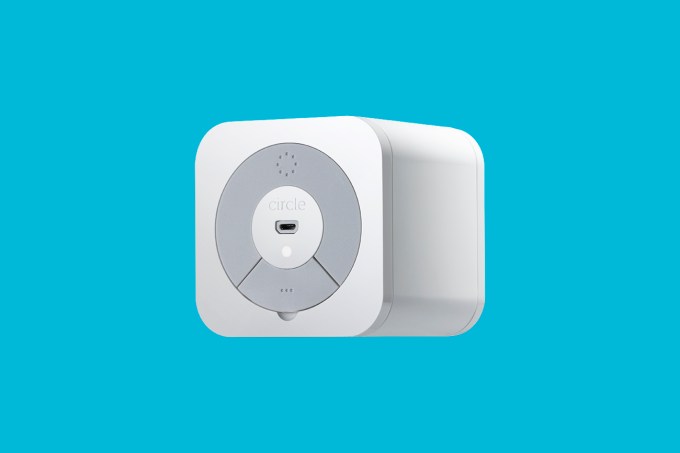 However, for this to work on iOS, it requires the installation of a profile on the iPhone. This can be a little tricky to set up. And, because it connects the device to a VPN in order to work, some services may be unavailable or partially disrupted when it’s installed, including Netflix, Hulu, Pokémon Go, and Ticketmaster, the company says. Others may also perform inconsistently, like iMessage, Snapchat and Instagram.

This can make for a difficult upsell, obviously, and speaks to the broader issues with not having better iOS parental controls available from Apple directly. (Memory also declined to share details about conversions from device owners to subscribers.)

The company says it plans to use the new funding to continue to develop the product, expand to new markets, and pursue growth.

“With our current headcount at about 30 people, we have plans to double that in the next 12 months across all departments, specifically in our development teams,” notes Memory. “We’ll also be continuing to work on new product offerings that will be debuted later this year, as well as scaling into additional regions across the globe. We have currently availability in Belgium, Canada, Denmark, Finland, Iceland, Netherlands, Norway and Sweden and seek to expand that. We’ll also seek to deepen our marketing spend,” he adds.

“We live in an era where parents need solutions to help manage their family’s persistent access to the internet,” said Kevin Talbot, managing partner, Relay Ventures, in a statement about the firm’s investment. “As a happy Circle customer I proactively tracked them down and decided to invest because their product simply works exactly as advertised.”