Many people enjoy several careers over their lifetimes. Then there’s Mike Lynn, an emergency room doctor in Oakland, Calif.; a reserve deputy sheriff; a faculty member at UCSF; a former venture capitalist; and the founder of Hound Labs, a three-year-old, Oakland, Calif.-based company at work on a breathalyzer for marijuana. (Did we mention he also spent time at the White House, focused on counterterrorism?)

Lynn is still juggling several of those roles, but his top priority these days is perfecting his breathalyzer technology, which measures THC — the psychoactive ingredient in cannabis — to determine whether a marijuana user is impaired. The plan is to first sell the product to law enforcement agencies, then employers, then directly to people who get high but don’t want to drive (or be caught driving) while in a marijuana-induced haze.

Clearly, investors like what he’s dealing. Today, Hound Labs is announcing that Benchmark has invested $8.1 million in the company as its sole Series B investor, capital that brings the company’s total funding to $14 million. As part of the round, Hound Labs has also added Mitch Lasky to its board (he’s the same Benchmark partner on the board of Snap), as well as “Law & Order” creator Dick Wolf.

We talked yesterday with Lynn about his trajectory and what he’s building. Our chat has been edited for length.

TC: Your background reads like that of a fictional character. How did this happen?

ML: I can’t say I had a grand plan for everything. [Laughs.] [As an undergrad], I went on a Fulbright scholarship to Sri Lanka in the late ’80s to work on leprosy. I then went to med school; I did my emergency training in Oakland, and because I was still interested in infectious diseases, I volunteered as part of my emergency medical training to work at a missionary hospital near where Sudan and Uganda come together that’s very violent and poor. We were working with patients with hemorrhagic diseases and we didn’t know what they were; I remember flying through Frankfurt and on to San Francisco and thinking [about the potential consequences] if I were infected.

So I applied for a White House public-service fellowship that allows 12 people each year to spend a year in the highest level of government. I started at the White House on September 1, 2001 [intending to work on infectious diseases], and a week later [because of the terrorist attacks], my role changed and became much more focused on how we protect ourselves from biological weapons.

TC: How did you wind up back in California?

I came back to work with startups that had tech to bring into the government. [The attacks spurred] a lot of patriotism, but these founders had no way to penetrate the [right channels], so I ended up working with them, and I eventually landed in venture capital, where I did biotech and medical device investing [including at Adams Street Partners for eight years].

TC: You were focused on infectious diseases as a young doctor; why the interest in creating a marijuana breathalyzer?

ML: I’d done some law enforcement training along the way [to serve as needed as a tactical doctor for my local SWAT team] and it became clear that issues of impaired driving with respect to marijuana were becoming more prevalent [as it became legalized more widely]. I started looking to find a technology that could determine the difference between who smells like pot but hasn’t smoked in 12 hours and who is actually impaired to bring into my group at Adams Street and I couldn’t find it. 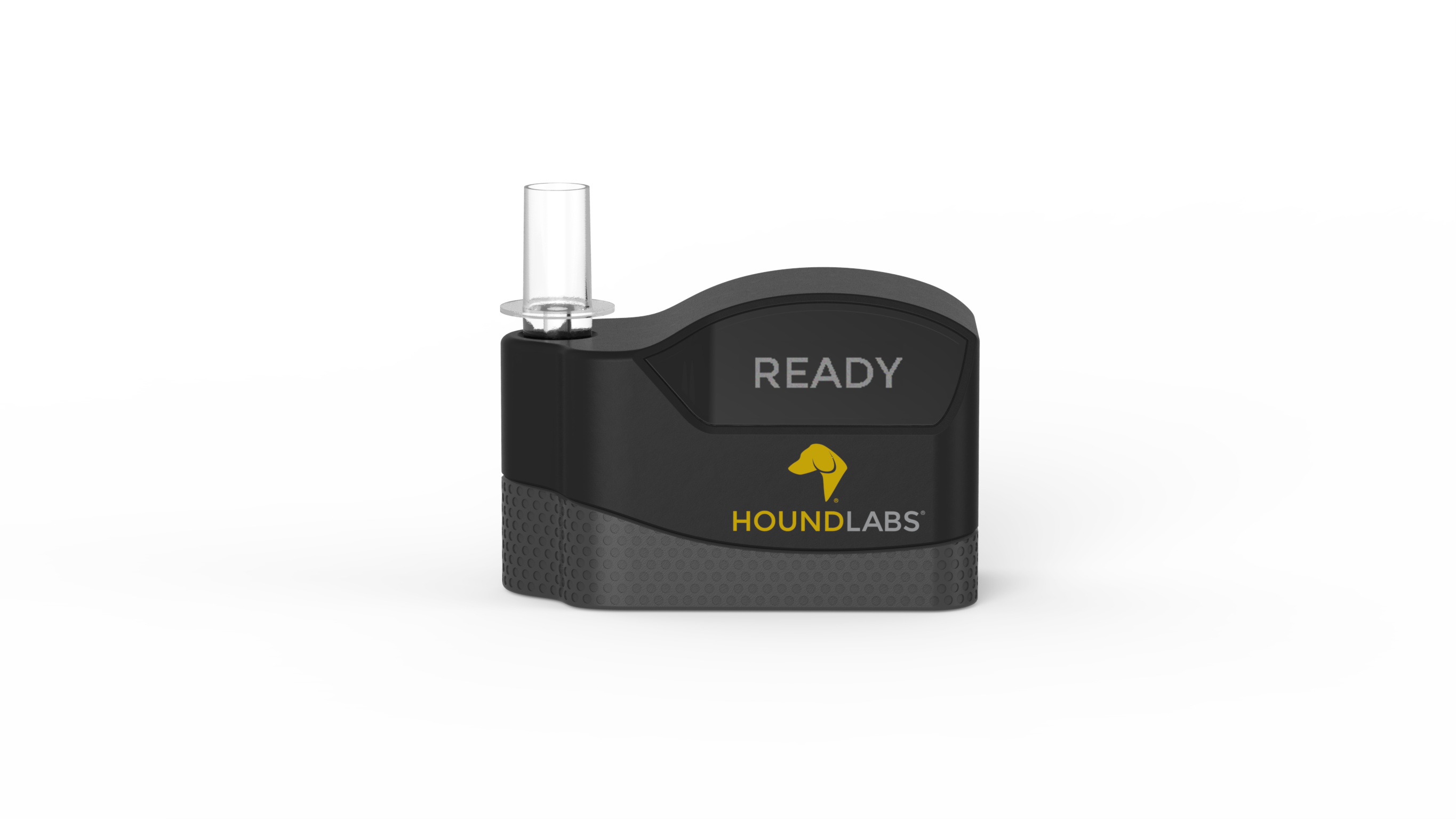 TC: What you’ve created is not a direct-to-consumer product. You’re starting instead with law enforcement agencies.

ML: It’s the most obvious need at this moment. People who are injured because of impaired drivers is one of a few things that’s 100 percent preventable. But the larger market is the employer market, helping employers figure out who is stoned and who isn’t. Right now, if employers do a traditional blood test, a person can test positive even when they’re no longer impaired, and that’s not good for employers or employees.

TC: What percentage of businesses drug-test their employees, and how does that market compare with the law enforcement market?

ML: There are more than 40 million drug tests performed each year by employers. The law enforcement market probably approaches a billion dollars [in terms of revenue]; the employer market is far larger.

TC: You’re still receiving feedback from police departments about your breathalyzer. What are they looking for in a product like this? What do they say about it?

ML: They like that’s it’s easy to use and focused on officer safety.

When you pull someone over and that person smells like marijuana, you’re going to ask questions, then maybe ask them to do field sobriety test, and you need something that’s going to allow you to do it quickly and with one hand in case there’s an issue. If you have something that takes 20 minutes [to produce a result], that’s not helpful, especially if cars are whizzing by at 70 miles per hour. Cops are also very familiar with alcohol breathalyzers, and our product is much the same as what they’ve been using, but it tests for both alcohol and THC levels.

TC: How long does it take them to get results?

TC: What are you planning to charge?

ML: Around $800 per breathalyzer, which is generally the same cost as an alcohol breathalyzer. It also comes with $15 single-use cartridges, which [creates] a recurrent revenue stream. Someone blows into the mouthpiece, their breath passes into that cartridge, then a chemical reaction separates the THC molecules from the sample, allowing the officer to calculate their THC levels.

TC: Obviously that price will have to come way down if you ever plan to sell to customers.

ML: Yes, it will, and we do. Marijuana is pretty much unregulated so people have no idea how much they’re smoking most of the time, so we do want to sell directly to consumers eventually.

TC: You’ve done a lot of research, presumably. On average, how much time needs to elapse between someone getting high and getting behind the wheel?

ML: There’s still a lot of research that’s being done by lots of different people, but the bottom line is people who smoke pot shouldn’t get behind the wheel for at least several hours. THC disappears from the breath within two to three hours, and that’s generally the window of impairment.