Newly-minted unicorn Quora has even bigger ambitions than text questions-and-answers. And it’s not going to let video giants or startups disrupt its future.

This week Quora began testing video answers, because sometimes it’s a lot easier to show someone how something works, the best way to complete a task, or why one thing is better than another than try to write it out for them. Users in the beta group will be able to record videos on iOS or Android as supplements or complete answers that everyone on Quora can watch. It’s considering allowing video uploads, which might offer more polished content but increase spam concerns. 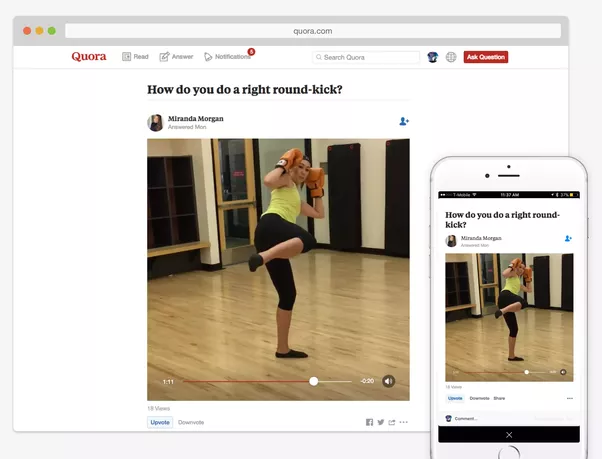 By combining the feature with its upvote system, Quora could steal some How-To video content from its current home on YouTube, where SEO and popularity can overshadow accuracy. Quora’s video answers will be sorted by how useful they are to the community, not just how they’re shared and promoted.

“Our mission is to share and grow the world’s knowledge, and knowledge comes in many forms—not just written answers” Quora’s head of mobile Tommy MacWilliam tells TechCrunch. “Just like with text answers, people can upvote or downvote video answers to indicate how helpful the video is at answering the question.”

Meanwhile, Quora’s entry into the space could box out younger competitors like Justin Kan’s mobile video Q&A app Whale, and video Ask Me Anything app Yam. These apps are focused entirely on simplifying the process of recording video answers to questions with features like filters to make you look better, and both give creators ways to earn money.

But Quora’s 190 million users, $226 million in funding, and 8-year head start give it a big edge. It’s been cautiously curating a network of experts and content, while building a brand name known for quality in contrast to its predecessor Yahoo Answers. Its network effect may be tough to break. 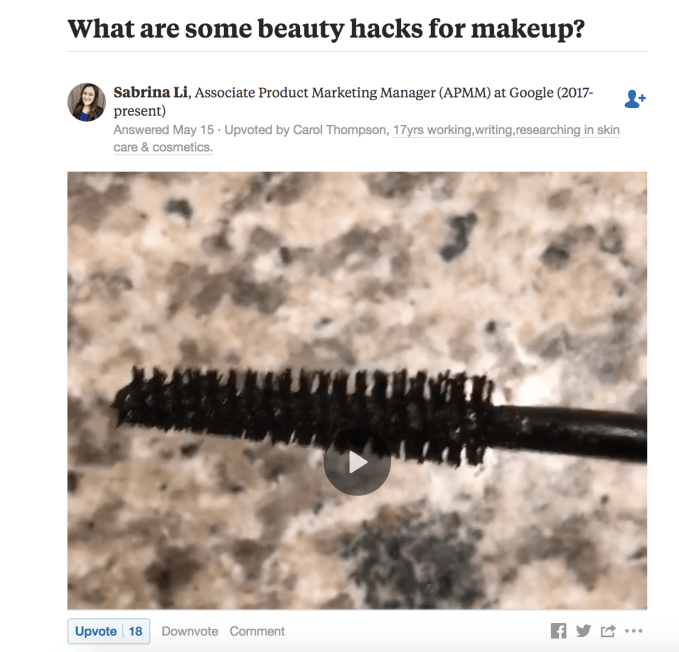 Video could also be the answer to how Quora starts really making money. The company is a bit cagey on the topic, with MacWilliam saying “Through the beta, we’re learning how video fits into Quora for both authors and viewers, and we’re solely concentrating on building a great product.”

Quora has been slow to monetize, and its first Sponsored Questions ad format is extremely subtle and unobtrusive. But if Quora chose to run post-roll video ads on video answers, it could give advertisers a much more vivid way to reach an audience with high intent around a subject without interrupting the learning experience.

No matter what kind of app, everything on mobile is being redefined by video. The question is whether older apps get with the times or get left behind.