Technology such as Facebook’s Safety Check has massively helped with the challenge of identifying and finding people when they go missing, but it is anything but perfect, as missteps have shown. Confidant, a project developed at the TechCrunch Disrupt hackathon in New York this weekend, is aiming to complement existing systems with a notification service that gives early alerts when a person may be missing.

The Confidant team — New Jersey-based trio Ahmed Makhdoom, Luqman Haqim and Jeneesh KV — were compelled by recent news of a Taiwanese trekker who got lost while navigating the Himalayas. Liang Sheng-yueh was found by a rescue crew after surviving for 47 days in the mountains. Tragically, though, his girlfriend, who had traveled with him, died days before he was rescued.

Confidant is designed to give rescues a huge early boost in a situation like that. If you are climbing a mountain, or undertaking another activity with elements of risk or danger, it is in place to give early signs of trouble. The web app allows you to set a time for when you expect to return and provide the phone number of an emergency contact. There’s also the option to provide a location, too. 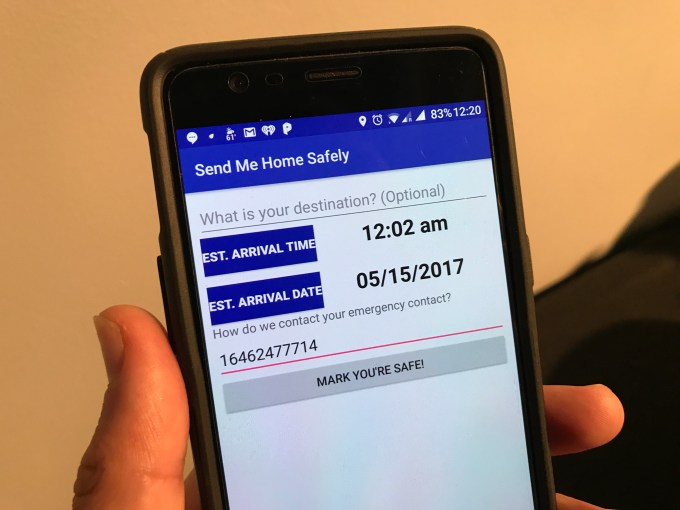 The app — which uses PubNub DSN for server-less architecture with a custom ArcGIS GeoCoding XHR block — will detect if a user is not reachable by that date and, if they aren’t, it will send an SMS alert to their emergency contact using Nexmo. 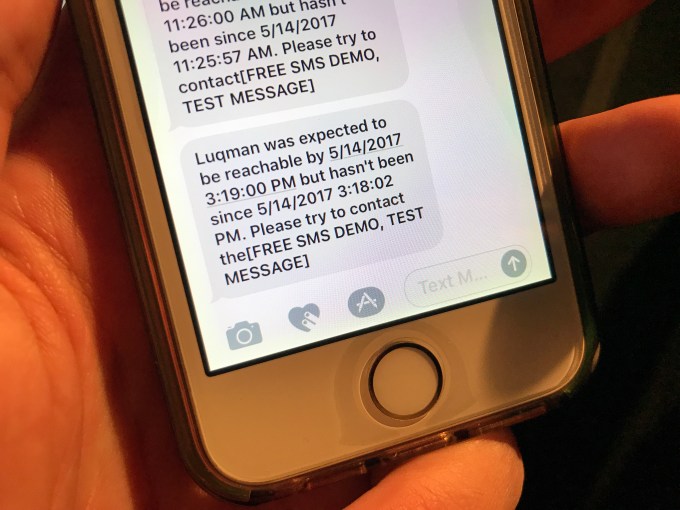 The idea, the team explained, is to give rescue teams an early heads-up that the person may be missing or in an unexpected situation.

The service can be found on GitHub here. The team said it does plan to invest more time in the app, as well as features that it is considering, including data encryption — with keys that allow only emergency contacts or law enforcement agents access — and integrating a mapping system that pulls in data about dangers or challenges in particular regions.

The hack stood out among the many presented onstage because it has the potential to make significant impact in an area that is underserved by technology, despite half of the world being online today.