Twitch is now going to stream PBS’s “Mister Rogers’ Neighborhood.” Yes, the classic kids’ show is being made available to the mostly adult users of the Amazon-owned video game streaming site. Why? Well, a couple of reasons. For starters, Twitch already has a deal with PBS Distribution which has allowed it to stream a number of classic TV programs, including “Bob Ross’ The Joy of Painting,” “Julia Child’s The French Chef,” and “Cosmos: A Personal Voyage.” Plus, the company is trying to expand into other verticals beyond gaming, and this helps to continue that mission.

There’s a bit of kitschy feel to running a “Mister Rogers” marathon, however. While obviously today’s audience is a sucker for blasts from the past – just look at all the reboots and the revivals of favorite TV shows, for instance – the other PBS shows Twitch has aired were at least aimed at grown-ups.

That’s not to take away from “Mister Rogers” legacy or appeal – Fred Rogers broke ground in children’s television, and endeared himself to millions in the process. He helped kids learn to process their feelings, even when difficult; he didn’t shy away from topics other kids’ shows avoided, like death or divorce; and he guided kids to listen to their inner voices in order to make the right choices. (I don’t know, maybe Twitch thinks gamers could use a refresher course on good behavior?)

But Twitch defends itself from the accusation that’s it’s just milking “Mister Rogers'” iconic appeal for a few more eyeballs.

“Mister Rogers not only brings a different type of show into the mix, but it is coming at a time when the importance of PBS is very topical,” Jane Weedon, Director of Business Development at Twitch, tells TechCrunch, referencing the Trump administration’s desire to cut federal funds to the Corporation for Public Broadcasting.

“While all of this retro content taps into the appeal of nostalgic programming, the other connecting threads are that these hosts are highly relatable and traffic in optimism,” she says.

Weedon adds that “Mister Rogers” is a great fit for Twitch as he talks to the audience in a personal way – much like Twitch’s own video creators do.

Let’s be honest: this is straight-up nostalgia play. (The company won’t detail the deal terms with PBS Distribution.) 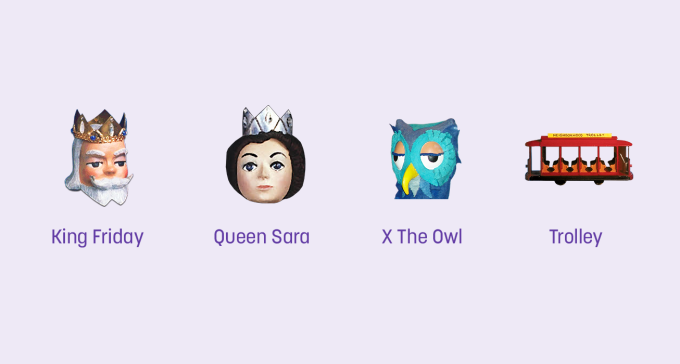 In addition to the “Mister Rogers” marathon that begins May 15th and runs through June 3rd, Twitch will use the opportunity to fundraise for PBS, allowing viewers to donate to support their local stations. When the marathon wraps, Twitch will continue to air weekly subsets of the content for the next 12 months, then repeat the marathon at a later date, Weedon says.

Of course, there will also be Mister Rogers’ emotes available, too, which will be available to anyone who subscribes to the channel.

Besides the PBS content, Twitch has made a number of expansions beyond gaming in recent months in order to court YouTube creators and viewers over to its site instead. It launched a section on its site for creative content – like arts & crafts, music, painting, and more. It also created a way for gamers to organize around shared interests, including those outside gaming; and it began catering to vloggers with the launch of “IRL.”

Most recently, Twitch’s in-house production studio announced a new live show called FreshStock, which celebrates sneaker culture. That seems like a better fit for this audience – but hey, enjoy reliving your childhood, too.