So let me just say really quick that I really dislike Bitmoji. Pretty much everything about it/them. The one thing that’s good about Bitmoji is that the user really can easily customize a representative avatar, which is good for inclusion, even if the results are universally terrible in every way. Fortunately Google has just blown Bitmoji out of the water with a genuinely excellent alternative. Unfortunately, it’s only for Allo.

The system, which has no name, uses a selfie to figure out your basic look: hair, eye color, skin tone, face shape, headgear, etc. It then builds a face out of pieces drawn by “resident artist” Lamar Abrams — and honestly I like the exaggerated yet human style, which is very much unlike that found in Bitmoji or emoji. 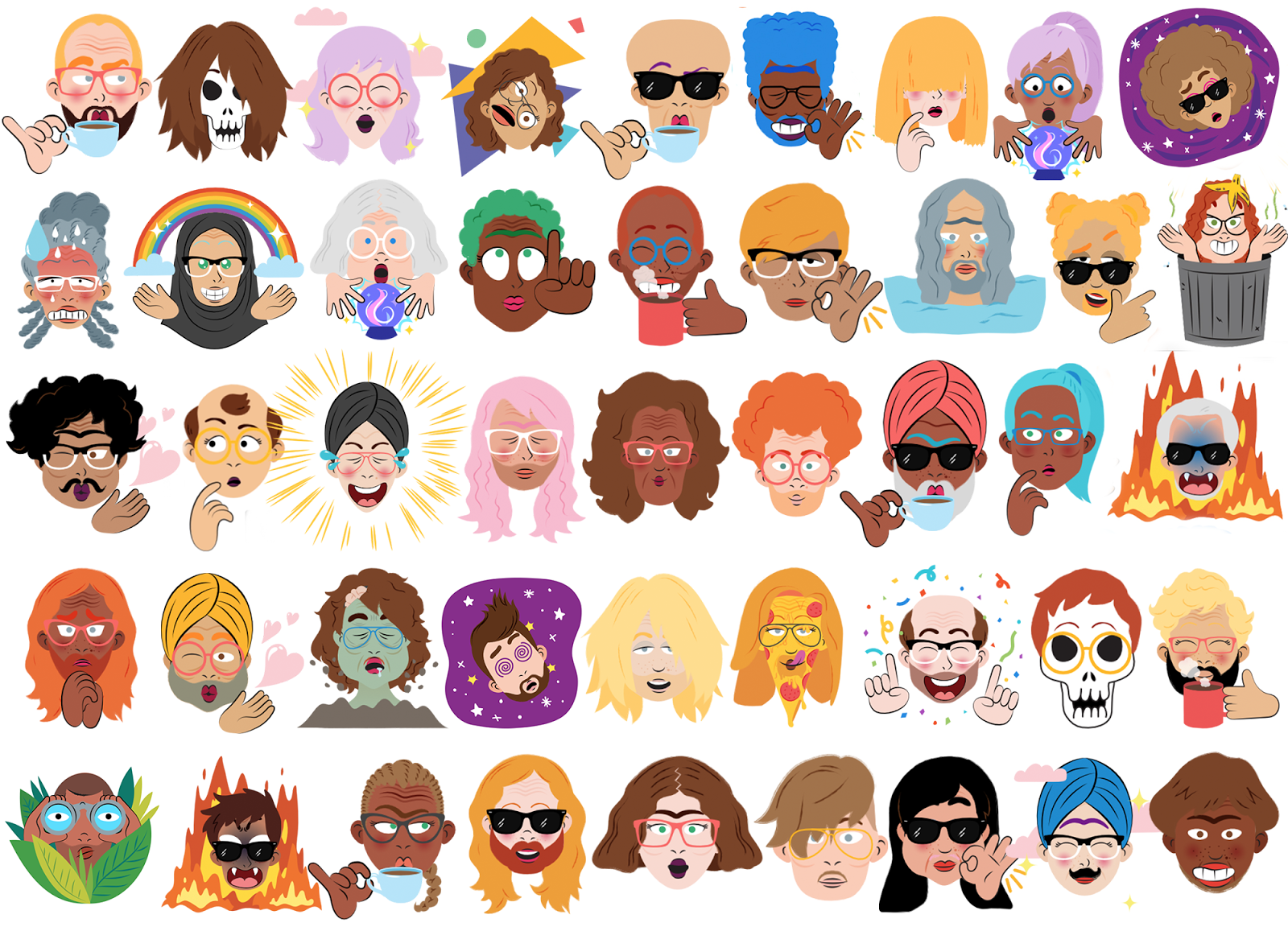 It’s a matter of taste, but I think they’re great. Certainly better than stupid Bitmoji.

He created enough features to create “more than 563 quadrillion combinations.” So it’s unlikely you’ll accidentally dupe someone else’s. You can use props and backgrounds to further multiply your options — it’s not just a face.

How did Google go about creating this cool system? Apparently researchers tripped over it while wading through their existing machine learning systems:

“We discovered that a few neurons among the millions in these networks were good at focusing on things they weren’t explicitly trained to look at that seemed useful for creating personalized stickers,” reads the blog post announcing the system.

Chalk one up for the robots. They know us better than we know ourselves. Or at least better than Bitmoji.

But really, it’s the fundamental idea of inclusivity that drives this. The fact is that no matter how many shades they add to emoji, there’s only so much customization you can do in those tiny, unicode-defined characters. Got green hair? Too bad. Wear glasses and a hat? No dice.

Google is explicit about the intention to allow people to represent themselves, rather than choose from the nearest representation provided by someone else.

…Illustration by its very nature can be subjective. Aesthetics are defined by race, culture, and class which can lead to creating zones of exclusion without consciously trying. As such, we strove to create a space for a range of race, age, masculinity, femininity, and/or androgyny. Our teams continue to evaluate the research results to help prevent against incorporating biases while training the system.

That’s a very human sentiment to come from a company that’s 95 percent algorithms. But we shouldn’t be surprised: Google has actually been pretty candid about the possibility for bias in machine learning systems, and how to counter it or build inclusivity in from the start.

So, great idea, great implementation, great justification. What’s the catch? Well, it only works in Allo. And only on Android at that, for now at least!

I don’t know how many people are using Allo, but it can’t be enough that this worthy sticker making system will displace the incumbents. Here’s hoping Google breaks this out of its prison and provides it as a free service for those of us who aren’t on board with the company’s incomprehensible messaging strategy.