Can your tweets help you find love? That’s the view taken by U.K.-based online dating startup Loveflutter as it pivots once again. The company has rolled out a revamped version of its app that lets you add your Twitter feed to your dating profile, in a similar vein to the way Tinder can import your Instagram feed.

The idea, Loveflutter co-founder Daigo Smith tells me, is that your tweets say a lot about your personality and therefore are good online dating fodder. That may or may not be true, but it gives the app a little more differentiation in what is a very crowded and highly competitive market. Loveflutter has always, in its various versions, attempted to put personality or interests before looks alone.

“Since Twitter is the world’s best platform for self-expression we think it’s a great way to express yourself in dating. Twitter remains the last, untapped social network in dating app design and we think it makes the most sense,” says Smith. “Why add even more pictures to a dating profile with Instagram? Tweets offer a revealing glimpse into your personality that pictures alone can’t match. Spontaneous, opinionated, clever and funny, tweets show the real you, not the Instagram-enhanced version of your life”.

And perhaps the Loveflutter co-founder has a point. My almost entirely abandoned Instragram account says one thing and one thing only about my dating potential: I like to eat food that is incredibly badly photographed. On the other hand, my tweets reveal that I am indeed “opinionated, clever and funny“. And modest, of course. 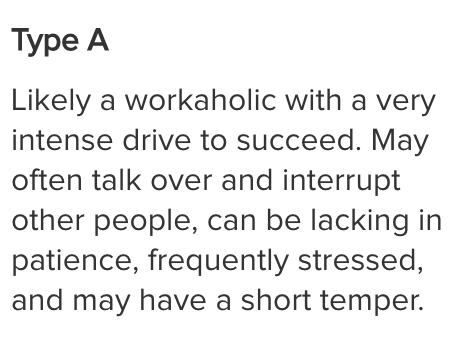 To prove the point that Twitter can be a good way to gain an insight into a potential date’s personality, the U.K. startup has teamed up with Receptiviti to analyse your tweets for personality type. After plugging in my Twitter handle I have since learned that I’m basically a terrible person, which may explain why I’m currently single. Or, of course, this type of thing is utter nonsense, not least because an AI is yet to understand my particularly British kind of self-deprecating and dry humour. I’ll let you decide which.

But, regardless, why would you choose to pin your dating app’s latest pivot on Twitter, a social media platform that has arguably stalled and, besides media types and other members of the “liberal elite,” isn’t exactly where the cool kids hang out?

“Twitter’s in transition and evolving before our eyes,” says Smith. “Sure, it’s a had a bumpy ride with stock prices but we’re confident it will always be around and forever influential. In fact, in the last quarter it looks back on track, with 9 million more MAU’s than the previous quarter.

“If Twitter is the future of ‘Live’ as many are predicting, we’re in a great position to bring that feature to dating through their recently released live video API. Twitter will always be the best place to see ‘what’s happening’ now Loveflutter is a new place to see ‘who’s happening’. It’s a great pairing”.

One interesting product decision taken by Loveflutter is that it is choosing to hide a person’s Twitter handle from the tweets it embeds into their profile. The thinking here, says its co-founder, is to help protect a person’s privacy and therefore their safety. (That said, you could probably quite easily google the string of someone’s tweet and work backwards from there.)

“As part of R&D into our redesign we ran a focus group. Everyone agreed: displaying your public Twitter handle and linking off to it from Loveflutter would risk unwanted attention on Twitter, with an increased risk of stalking or abuse. Tinder displays Instagram usernames and links off to them, a feature several members of our focus group had experienced unwanted attention through. Taking this into account we’ve chosen to hide Twitter handles, not link them off to Twitter and simply show your first name instead”.