Whether you call them granny units, in-laws or backyard studios, accessory dwelling units are rising in popularity in the U.S., in part due to new regulations that make it easier to obtain permits to build them in California.

Now, a startup called Cover Technologies Inc. has raised $1.6 million in seed funding to give accessory dwelling units a high-tech makeover. General Catalyst and Khosla Ventures led the round.

According to Cover co-founder and CEO Alexis Rivas, the Gardena, Calif. startup is on a mission to make well-designed and energy-efficient housing affordable and accessible. “We’re the first to use software to make custom-designed housing possible, and scalable as a business,” Rivas said.

Cover’s software helps people determine what kind of livable shed they’re permitted to build on their properties, according to local regulations. It jogs them through a survey of 50 to 100 questions about the land they’re building on, and how they plan to use the new living space, then churns out design options. 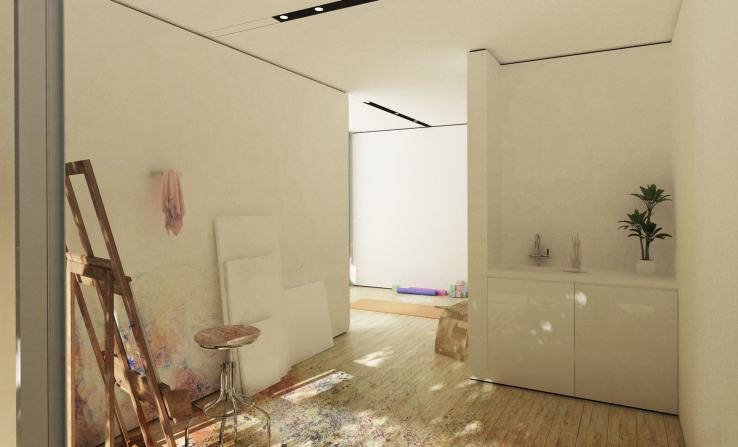 The interior of a prefab backyard studio made by Cover Technologies

Other companies that offer “prefab” housing, for example Blu Homes, present users with a list of already designed layouts and let them figure out the rest. Most people still rely on contractors and architects for custom work to design and install an in-law or shed where they live.

General Catalyst Managing Director Niko Bonatsos said he expects Cover to use its funding for hiring, and to produce demo units and prefabricated backyard studios that are already spoken for by early customers.

Bonatsos said, “Most buildings on the planet have been custom designed and custom built. That’s a good idea if you are talking about building the Parthenon or Golden Gate Bridge. But everything else, from what we drink to our furniture, is now made in a factory. The prices come down and quality goes up with manufacturing. This space, housing, really requires this kind of innovation.”

General Catalyst, which is an investor in Airbnb, also sees the potential for Cover to help expand the supply of non-hotel lodgings in the highest-demand markets in the U.S., Bonatsos said.

Cover’s prefab homes and plans are only available for Los Angeles residents at this point. The company charges users $250 to generate designs and has not yet established pricing to make and install the completed “backyard studios.” The units are made from steel, bamboo and other ecologically sourced materials, Rivas said.