Virtual reality may be in desperate need of some content, but Facebook’s Oculus will now be focusing its efforts on investing in rather than creating virtual reality.

“After careful consideration, we’ve decided to shift our focus away from internal content creation to support more external production,” Rubin wrote. “As part of that shift, we’ll be winding down Story Studio.”

At the Oculus Connect developer conference in October, Facebook CEO Mark Zuckerberg detailed that the company had already invested more than $250 million in original VR content and would be putting another quarter billion into original content plays as it looked to give Rift and Gear VR users something to watch on their headsets. 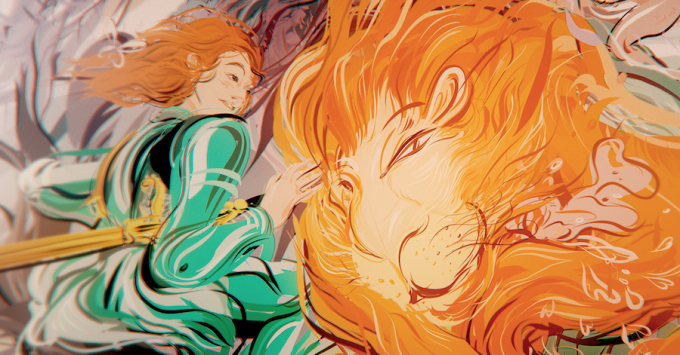 Rubin details that $50 million of its committed funds will now be set aside for the company to invest exclusively in non-gaming, interactive content.

Oculus Story Studio was founded in 2014 to explore creating original cinematic content for the virtual reality company. Last year the studio won an Emmy for its animated short Henry, a Pixar-esque story about a prickly hedgehog that loves to give hugs.

In the midst of creating its latest project, Dear Angelica, the Story Studio team created an extensive VR painting product called Quill that allowed users to create content inside virtual reality. As a part of the shutdown, Quill will continue to be available for download in the Oculus store, but will no longer be receiving updates, though Oculus may open the software’s source code to third-party developers.

The sudden shutdown comes as the studio is in the midst of producing its fourth major project, The Wolves in the Walls, which the company confirms has now been cancelled.

About 50 people will be let go at Oculus Story Studio as a part of the shutdown. An Oculus spokesperson tells TechCrunch that the employees will also be able to apply for other positions elsewhere within Oculus or Facebook.

Update: A previous version of this article misrepresented Oculus’ plans to open-source Story Studio’s Quill software, no such plans have been announced.