The New York Times announced today it’s joining Snapchat Discover – the feature in Snapchat which includes updates and news from a variety of media publications. The paper’s “daily edition” on Snapchat will include a handful of The NYT’s stories, distilled down to the quick, more consumable format that’s common on the medium, and will heavily focus on photos, video and other visual content. It even includes a mini-crossword puzzle for its younger readers.

This new edition will be published Monday through Friday mornings, and will offer a range of reporting – from international news to investigative journalism, as well as lifestyle content, like smarter living tips. 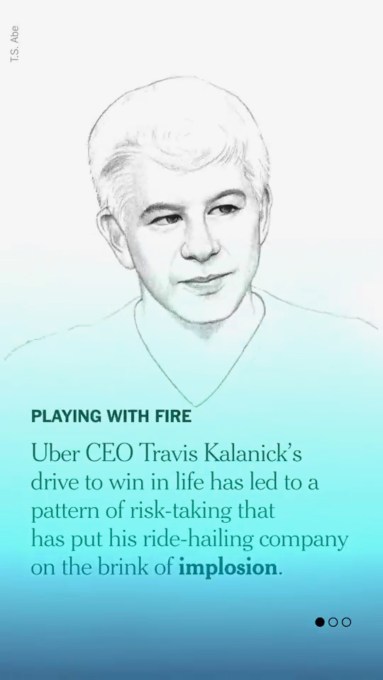 The edition kicking off today’s launch features a brief summary of the Uber story everyone’s talking about right now, as well as a video of a drone attack by ISIS in Iraq, news about the French election, and a section with “five more things you need to know today,” among other things. 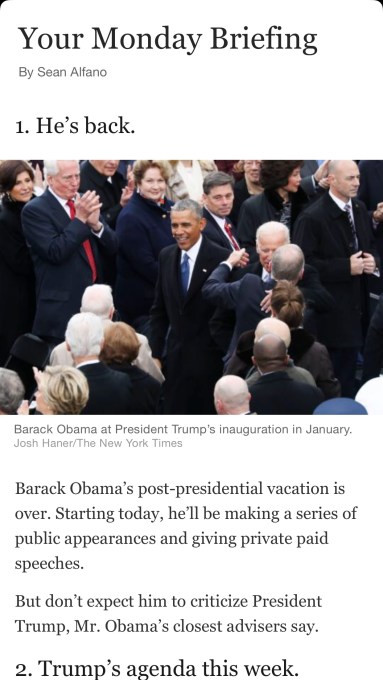 There are also sections featuring an op-ed, word of the day, music news, and a crossword puzzle called “The Daily Mini,” which is designed to be drawn on, using Snapchat’s markup tools. You can snap and share the puzzle – perhaps half-finished – with your friends to ask for help with its clues, or you can refer to the answer key accessible below the puzzle with a swipe up.

This is not The New York Times’ first appearance on Snapchat – the company began utilizing its Stories format two years ago as a means of translating its journalism to a younger audience. These Stories were also highly visual, offering things like an inside look at Air Force One, a walk down the Grammy’s red carpet, or other examples of The NYT’s signature visual journalism style – like when it helped people understand the Electoral College using M&M’s. 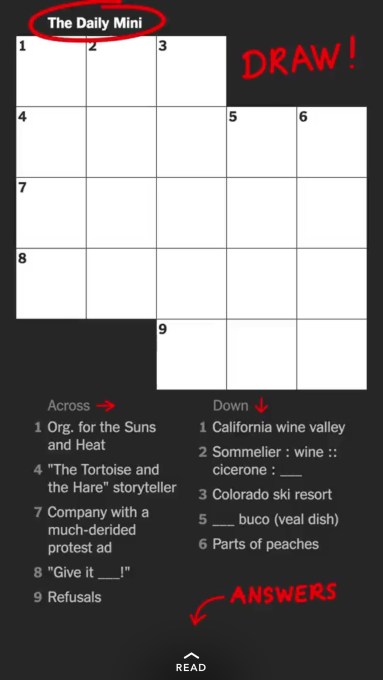 The company said it will continue to tell these stories on its own Snapchat account, but is also giving users the option to subscribe to its publication on Discover.

This is not the first time that The NYT has experimented with other ways to share the news in less traditional formats. For example, the company dabbled with a news summary app of its own, called NYT Now, which was designed to offer an easy-to-scan list of the day’s top stories. However, that app was shut down last year, after struggling to find a sustainable user base for its content.

But The NYT has a strategic investment in another news summary service, The Skimm, and it’s continuing with its own newsletter, the Morning Briefing, which has grown to over 1.3 million weekday subscribers. It also has its Daily podcast, which has just passed 20 million listens (downloads + streams combined). And, of course, it maintains a presence on all the top social media platforms, including Facebook, Twitter, Instagram and Pinterest, in addition to Snapchat.

As for why it makes sense to join Discover on Snapchat, The NYT says around 37 percent of its 125 million monthly cross-platform readers – or 46 million people – are in Snapchat’s key demographic of ages 18 through 34.

However, The NYT isn’t the only major news org on Snapchat these days. The WSJ, The Economist, The Washington Post, BuzzFeed, CNN and others are already participating.