Ok fine, this isn’t how the reigning NBA Champion Cleveland Cavaliers announced their new Augmented Reality game. But they should have.

Launching today, Deep in the Q (named after Cleveland’s Quicken Loans arena) is an AR basketball game launching just in time for playoffs. 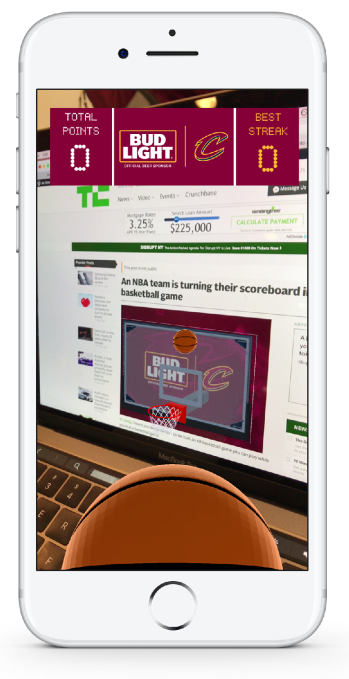 It’s pretty simple – the app opens to your camera, and once it recognizes a special trigger graphic it overlays an augmented reality basketball net.

A ball then appears which you can flick into the net. The AR tech is pretty good, letting you move your phone around and see the net (and shoot baskets) from all angles.

The game itself is really fun – the AR element makes it much more addicting than a 2D basketball game like the one Facebook recently snuck into messenger.

The Cavaliers plan to incorporate the app into their home playoff games by putting the graphic up on the main scoreboard during the game and letting fans shoot hoops from their seats. They’ll even give a prize to anyone who can make 10 shots in a row, which is definitely doable.

If you’re not at the stadium you can use their trigger graphic (shown below) to play at home. The game also recognizes the Bud Light logo as a trigger, so you can also play by just pointing your phone at a can or case of the beer. Since Bud Light is sponsoring the app you need to be 21 to play, and have to enter your birthday each time you restart the app, which a bit of a hassle.

The app was developed by YinzCam, a Pittsburgh-based app developer for sports teams. They’ve built apps for most of the teams in the NBA and NFL, as well as for events like the Super Bowl and NBA All Star Games.

You can download the app from the iOS App Store here, and use the trigger graphic below to play right in this post. 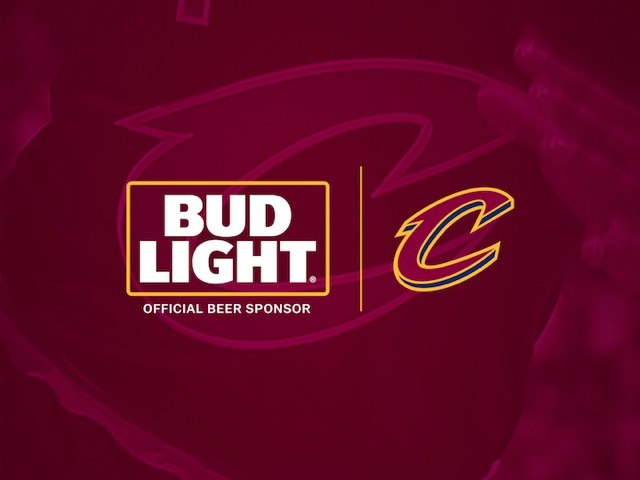