We need to have a conversation about medical insurance claims, because the system is ridiculous. You are told you need something, not knowing the cost, and then, after getting the thing, you must wait months down the road for the final bill to appear when it’s good and ready. And sometimes it’s not clear if you are in or out of your preferred network, or what’s covered. On top of that, a lot of the billing is written down on actual paper and then faxed to various parties, making it prone to human error.

One NerdWallet study found rampant hospital billing errors had resulted in overcharges of up to 26 percent, and nearly half of all Medicare claims contained billing errors.

It’s a pain to deal with, and most people aren’t equipped to know all the codes or have time to jump through all the hoops it takes to get a correction. So Rachael Norman decided to do something about it. Once a Stanford pre-med student, Norman co-founded Better, a startup advocating on your behalf to reduce your medical bills.

The startup works through both automation and human-powered filing of insurance claims on your behalf. You download the app, fill out some information to verify you are who you say you are and then snap a picture of your medical bill and you’re done. Better then starts looking for errors and contacting your insurance to see what it can whittle your bill down to.

The startup says it will file out-of-network claims for any medical expenses, including therapy, psychiatry, acupuncture, chiropractic care, optometry, dental work, lab tests and medication, so it’s ideal for those visiting medical practices that say they take your insurance but leave it up to you to file the claim.

Patient advocates who typically do this kind of work already exist, but they often charge a hefty 20 to 30 percent and it’s pretty low-tech. Humans call other humans to correct errors on the bill. Better uses a mix of human advocates and automation to spot errors and reduce costs. And, though it’s free to patients right now (or at least until it hits $1,000,000 in claims), Norman says she’ll eventually charge around 10 percent of the total bill after any reductions.

In the meantime, Better has plans to grow and has raised $1.1 million to help it do so from Initialized Capital (where former TechCruncher Kim-Mai Cutler has landed, btw) with participation from Ben Blumenfeld and Enrique Allen’s Designer Fund and various other angel investors. 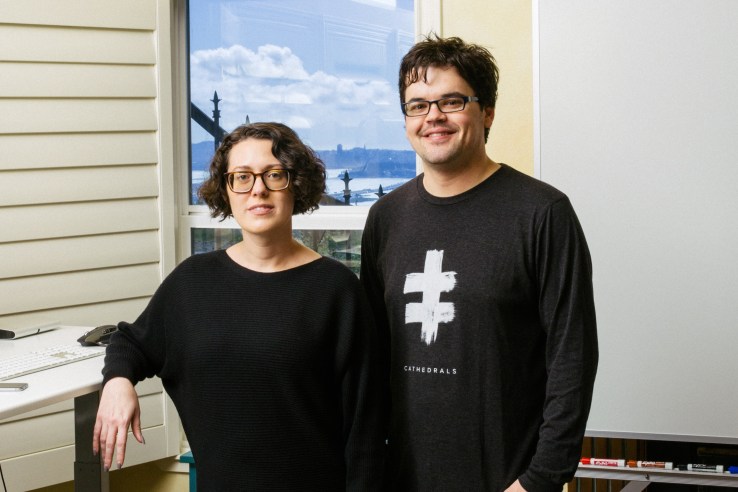 I can say firsthand it works pretty well. I had my husband test it out for a medical bill he received after getting some shots before heading to Brazil last summer. The clinic he went to failed to tell him it was out of network and when we got the final bill months later it was nearly $1,000. This was right after we had gotten married, so it wasn’t something we were prepared to pay at the time.

A friend told me about Better and we decided to give it a whirl. It took about a month, but Better reduced my husband’s payment to a couple hundred dollars.

I can’t say that is going to be everyone’s experience, but that was ours — and I should point out the Better team did not know at the time I had my husband test out the service or that I was interested in possibly writing something.

But what’s not clear is how the company plans to scale. The team is still pretty small, just Norman, her co-founder and former Facebook engineer John Stockdale and some other engineers at the moment, and it’s admittedly mostly her and Stockdale making calls to insurance companies on the patient’s behalf right now, which sounds exhausting.

Norman hopes to change that routine with the fresh cash and plans to hire more engineers to work on automating a lot of the work. She also says building the Android app is high on the priority list, so look for that soon.