In New York, Derek Jeter is more than a mere man, or even a pro athlete. He’s a legend.

Following an historic 20-year career with the New York Yankees, The Captain started the next chapter of his life with the launch of The Players’ Tribune.

The Players’ Tribune is a media property co-founded in 2014 by Jeter and Jaymee Messler that lets professional athletes connect with fans. It combines the high-quality publication of content while still giving athletes the same direct connection of social media. 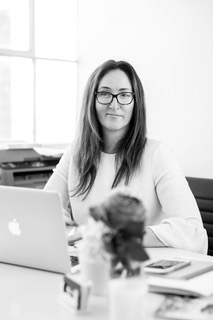 When TPT first launched, critics wondered whether or not the site — which could just as well be a PR move as it could be a legitimate news site — would be able to climb the crowded ranks of sports media. But The Players’ Tribune has done just that, claiming more than 100 million monthly content views across social and web platforms.

In May, we’ll have Jeter and Messler join us onstage at TC Disrupt NY to discuss the process of building out The Players’ Tribune and the future of the media site, as well as the larger landscape of sports media.

We can’t wait to have this founding team on our stage, and hope you are as excited as we are!

If you want to pick up tickets to the conference, head over here.

Sponsors make TechCrunch events possible. If you’re interested in learning more about sponsorships with TechCrunch, fill out this form.