Time Warner’s Turner and Warner Bros. have joined the now-crowded market of subscription-based streaming services with the launch of Boomerang, a $5 per month service that streams both classic cartoons and current series. Boomerang’s catalog will offer shows from Warner Bros.’ Hanna-Barbera, Looney Tunes and MGM animation library of over 5,000 titles, which includes new, original series as well as well-known classics, like “Scooby Doo,” “Tom & Jerry,” “Bugs Bunny,” “The Jetsons,” “The Fintstones,” and others.

The service, however, launched, with a more limited selection than initially promised when it was first unveiled in March.

According the website’s FAQ, there are 1,000 episodes currently available for streaming with more content being added weekly. Some of the expected shows have not yet arrived, either, like “The Flintstones” and “The Jetsons,” for example. Presumably, these series should be added in time.

Whether or not there’s a market for another niche offering like this streaming service for cartoons remains to be seen, though.

Today’s top streaming services like Netflix, Amazon and Hulu already offer a host of kid-friendly programming, ranging from blockbuster movies, licensed TV shows, as well as a growing number of original programs developed for kids. HBO also now has “Sesame Street” and Nickelodeon has its own streaming service Noggin. 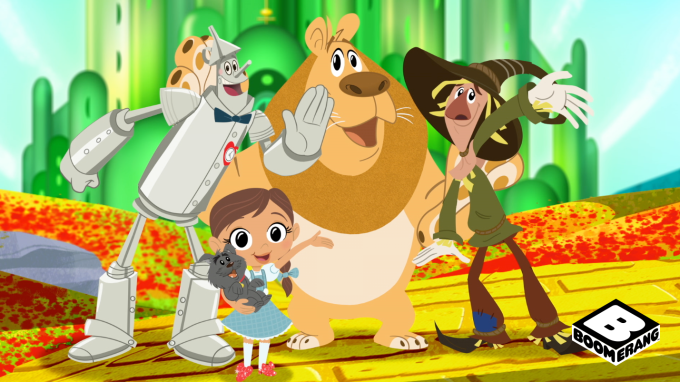 While Boomerang’s library is largely classics, it aims to offer its own original programming, too, including Warner Bros.’ new series, “Warner Bros. Animation’s Dorothy and the Wizard of Oz,” and an overhaul of a Hanna-Barbera classic, “Wacky Races.” (“Dorothy” is also not available at launch, we should note.)

Boomerang says it will eventually include a variety of what are now becoming standard features for any subscription offering, like personalized recommendations, family profiles, offline viewing via downloads, as well as Spanish-language audio. But the website at launch is just a straightforward catalog of shows, just over a dozen movies, and a few customized playlists.

The service itself is being powered by technology built by DramaFever, a Warner Bros. Digital Networks company. 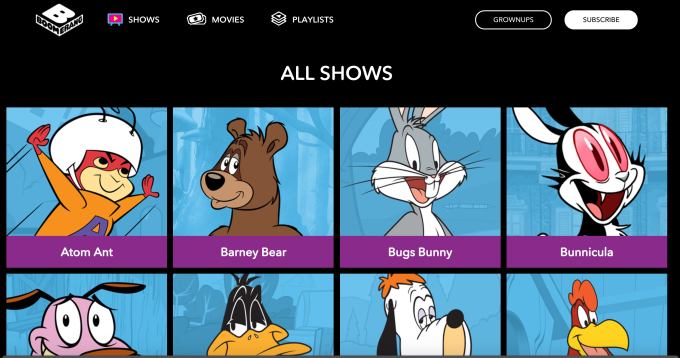 The service’s name may already be familiar to animation fans, as it’s taken from the cable television channel, Boomerang TV, which offers a similar – though not identical – cartoon-filled lineup. But instead of requiring viewers to authenticate with their pay TV provider, as many networks have done to cater to a mobile audience, Boomerang is squarely going after the cord cutters with its streaming service.

In terms of pricing, the better bargain over the $4.99 per month option, is the discounted rate of $39.99 per year. This brings the price down to just over $3 per month, which feels more reasonable for a limited selection like this. Of course, you’ll have to decide for yourself if you really need another streaming service in your life at this point.

Boomerang is available in the U.S. on the web, iOS and Android at launch, with plans to expand to Amazon, Roku, Chromecast, and Apple TV in the future.