Augmented reality is a difficult proposition, both in the methods used to do it right and the resources required to do it at all. A new AR system from Gravity Jack makes some serious advances in the field, tracking real-world objects and their components in true 3D, not via tags or trickery. The company thinks it could figure prominently in industrial applications and spread from there.

Like any other task, AR can be done in easy ways and hard ways. Sometimes the easy way is also the best way, like when you have a game that pops up 3D avatars for cards — you don’t need to track the real world much, just enough to see a certain symbol and put a 3D model on top of it. There’s no real benefit to adding hard tasks like tracking the table, dice, etc.

But if you were, for example, using AR to help you find the spark plugs in your car, you can’t put a little AR sticker on every component, and even if you did, they go in and out of view, the angles of the parts and viewer must be considered, and so on.

If the AR software, however, knows the exact 3D shape of the engine and can match that to the real-world image, it always knows from which angle you’re viewing, which parts obscure other parts and where those dang spark plugs are. That’s the promise Gravity Jack is making with PoindextAR (named after its CTO, Shawn Poindexter). (Update: a few months later, the name of the tech and associated APIs, etc, was changed to Adroit, so update your rolodex.)

Armed with a 3D model of the object in question (created live or downloaded), the app tracks the position of the real-life object down to a fraction of an inch, whether the user or the object itself is moving. No patterns, textures or special lighting (for instance IR blasters) are needed. 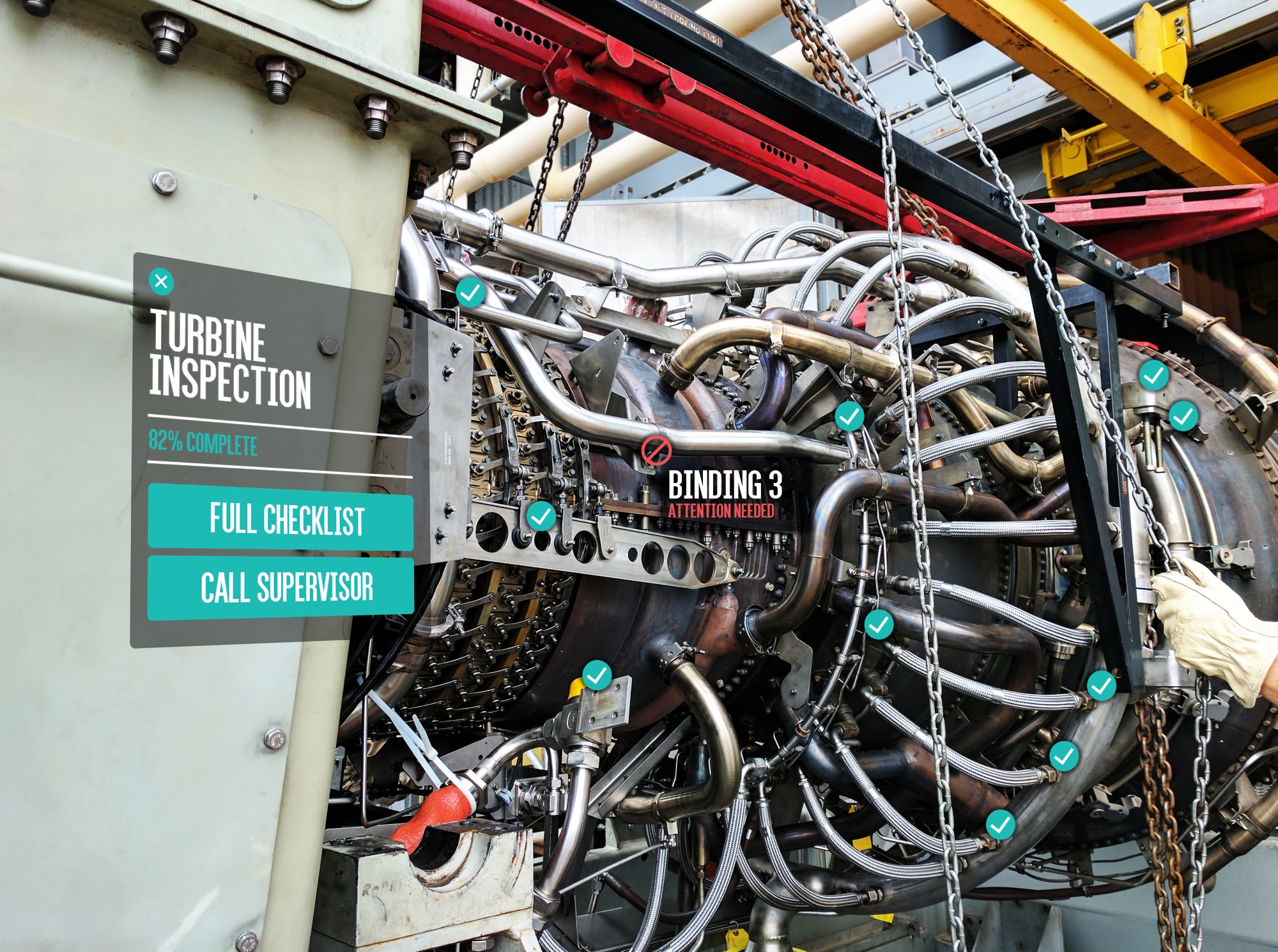 This lets the app highlight, for example, the location of a fastener that needs to be taken out, and superimpose the location, tool needed, orientation and so on. A PCB could be labeled with the appropriate leads, or a battery system with polarities. Or perhaps you’re learning your way around a new piece of industrial equipment; the app could show safety mechanisms, charging ports, disassembly instructions, all that stuff. Much better than a user manual when you’re right there in front of the thing.

The method is of course proprietary, and the company declined to reveal their patent-pending secrets to me. It’s not extracting a silhouette (my first guess) or using any kind of depth mapping — unlike something like Microsoft’s HoloLens or Google’s Project Tango, it works with ordinary RGB cameras on ordinary smartphones and tablets.

A lot of that covers the usual promises made on behalf of AR, but being able to do it without markers, in a variety of lighting conditions, with very low latency and high accuracy — that’s something plenty of companies could use today in everyday applications like maintenance and training.

That’s why Gravity Jack is focusing on industry to start: plenty of companies have heard about the potential benefits of AR, but those benefits tend to be in the hand-wavy near future. PoindextAR appears to provide them now, and Gravity Jack hopes to shoo customers in with a partnership program.

Not NASA or GM yet (although they have applications from “household names”), but think utilities, manufacturers or perhaps military, where the tech could help speed up routine maintenance or inspections. Gravity Jack will work with them (and cover costs) to develop a solution that addresses their needs, then use that as a foothold from which to reach others in the space that might (perhaps rightfully) be wary of adopting the technology.

The AR space has overpromised and underdelivered for years, even with breakout apps like Pokémon GO bringing attention to the space. PoindextAR’s versatility and ease of deployment may help break the ice with industries that have hitherto treated the technology with skepticism.

More details on the tech and Gravity Jack’s existing partners can be found in the press release.