Amazon founder Jeff Bezos uses his considerable stake in the ecommerce company to fund his other company, private launch provider Blue Origin, Reuters reports. Bezos told attendees at the 33rd Space Symposium that he sells around $1 billion worth of Amazon stock every year to help fund Blue Origin, which is a relative drop in the bucket compared to the $73.54 billion value of his total holdings as of the close of trading Wednesday.

Blue Origin eventually aims to become an operation that’ profitable in its own right, and is pursuing reusable rocketry along the same lines of Elon Musk’s SpaceX. The ultimate goal of the company is also to make spaceflight inexpensive enough that it’s reasonable to build businesses in space, including in orbit and beyond. Bezos reiterated Musk’s belief that reusable rockets are the key to reducing the cost of spaceflight, but said that they share a different “engineering approach” to SpaceX, despite the similarity of their goals. 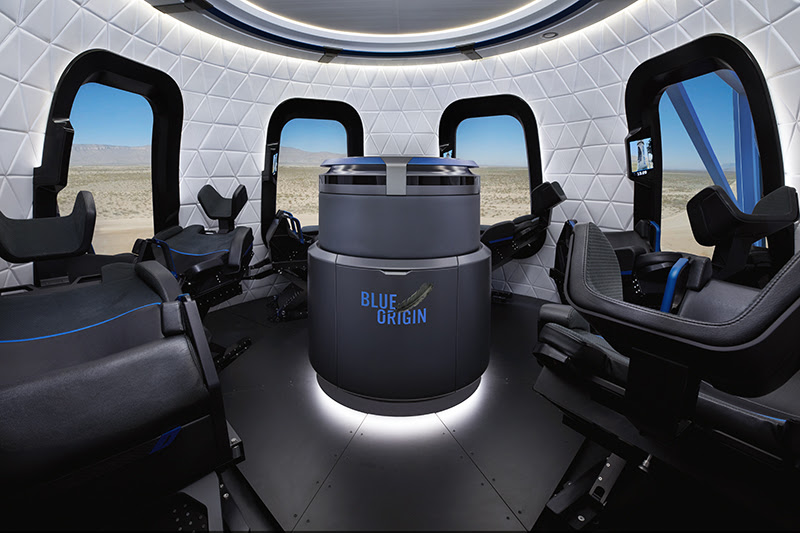 Like SpaceX, Blue Origin is aiming to begin transporting people to space, with development of its New Glenn launch system intended for that purpose progressing, with a total projected cost of around $2.5 billion. Bezos’ pockets run deep, of course, and Blue Origin seems as much a passion project as a business venture for the Amazon founder, so expect him to continue spending at the rate he is currently.

Also like SpaceX, Blue Origin hopes to send tourists to space. The company has set 2018 as its intended timeframe for beginning these flights, and Bezos showed the Symposium a full-scale mock-up of what the eventual tourist passenger capsule provided 11-minute jaunts to space will look like.