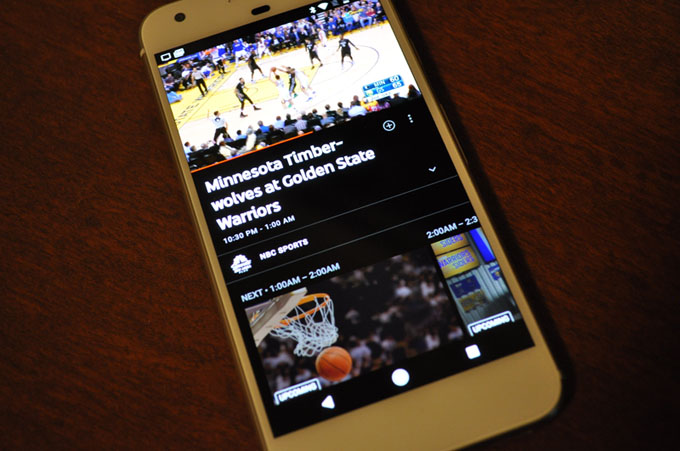 Back in February YouTube announced YouTube TV, a $35 TV streaming service it hopes might kill your cable box. At the time, they didn’t say exactly when it’d launch — just that it’d be “soon.”

“Soon,” it seems, means today. YouTube is rolling out the service in five major US cities this morning.

YouTube TV takes a bunch of the more popular U.S. cable channels — ABC, Fox, CBS, NBC, CW, Disney, SyFy, ESPN and 40+ more — and crams them into one app. It’ll cost $35 a month, which gives you access to Live on up to six accounts with up to three devices streaming simultaneously. (Update: this post initially said up to six devices simultaneously; it’s three, not six.)

Alas, working around the existing monolith that is the cable industry takes a while… so YouTube TV will roll out in different regions over time, starting with today’s launch in San Francisco, Los Angeles, New York, Chicago and Philadelphia.

Google sent me a pre-release build of the YouTube TV app, and I spent a bit of time with it prior to launch. Not enough for a full review, but enough for a few thoughts.

The app is well-designed and intuitive. It’s composed of just three tabs: Home, Library and Live. Home is your standard “stuff we think you should watch” page, Library is where you’ll find movies and shows you’ve saved (more on that in a second) and Live is a big ol’ list of everything currently playing on every channel YouTube TV currently offers up. 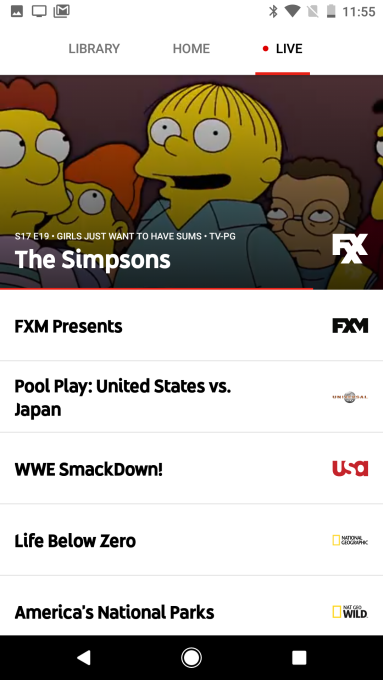 This Live interface is particularly slick; as you scroll, a preview of each channel’s live feed slides into place at the top almost instantly. It feels a lot like flipping channels to see what’s on the ol’ cable box — a concept that, in this age of picking and choosing anything you want to watch on demand, seems to be fading away. As someone who dropped his cable subscription half a decade ago, I forgot how natural it feels to just turn on some channel and let it babble in the background. I also forgot how absolutely horrible daytime TV is.

After a few frame-rate hiccups that YouTube was able to patch away, the video quality was quite solid. Even fast-moving sports and action flicks look pretty darn good.

Don’t want to watch TV on your phone or tablet all the time? As you’d expect from a Google-built video app, it’s got Chromecast support — and like everything that has Chromecast, it’s super simple. Tap the Chromecast icon, pick which TV you want the video on and you’re set.

There’s a built-in “unlimited DVR” feature that lets you tap any show to record any and all future instances of it. It’s a nice touch for sports or shows that aren’t on Hulu/etc. (or those that make Hulu/etc. wait a week after airing) — but beyond those scenarios, if I’m going to be planning ahead to watch something after it’s live, I’m probably turning somewhere else for it.

(One curious bit in an otherwise straightforward design: If you want to browse a specific channel’s shows, you first tap into the search bar. It’s not the first place I thought to look, but it works.)

If you’re one of those people who ditched cable TV long ago for Netflix/Hulu/etc. and haven’t looked back, you might not be missing much here.

If, however, you’re staying tied to your monthly cable bill for the sake of catching things live every once in a while (news/sports/etc.) and YouTube TV is available in your area and it’s got the channels you watch, it’s worth a look. The first month is free, and if you pay for a month beyond that, they’ll throw in a Chromecast… which, with an MSRP of $35, makes that second month kinda-sorta free too.

The app should roll out for both iOS and Android today.