Late last year the European Space Agency doubled down on its Mars mission, dedicating half a billion euros to the next phase of its Exomars 2020 program — and now we are seeing the benefits of that enormous investment: a pretty awesome new render of the rover they plan to deploy to the Martian surface.

Exomars, you may remember, is the mission that met with disappointment last year when the Schiaparelli lander crashed on the surface. But space agencies have never been the type to be daunted by such failures — and anyway, other parts of the mission are progressing as planned. Design and engineering continues, of which this set of pics is the latest evidence. (This is different from NASA’s Mars 2020 program, which also recently put out a cool rover render.)

Okay, it’s actually quite a bit like the last render, but this one not only has far more detail, you have a more final parts list and it includes the robo-friends that will be accompanying the rover on its mission. (Here’s a big version.) 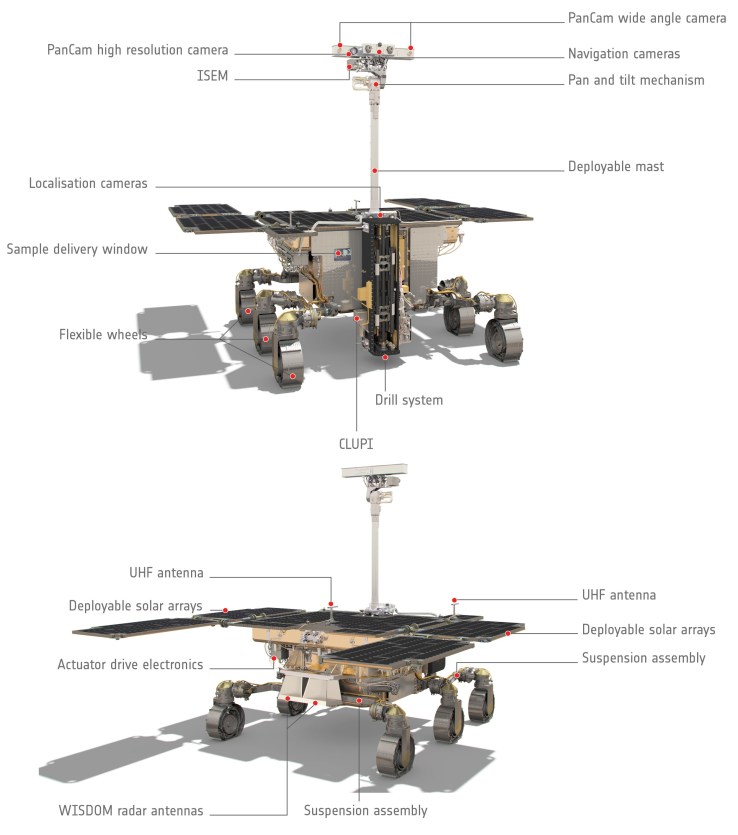 That big grey box on the front is the main drill, which can reach six feet of depth. This is a critical tool if we are to investigate the ancient history of Mars, not just what happened recently. Drilling that far down could help us find traces of water, veins of minerals that indicate biological processing and so on. That kind of thing doesn’t just sit around on the surface, although conspiracy theorists would love you to think so.

There’s multispectral imaging, an infrared spectrometer, a macro camera for close-ups (called CLUPI, which I love) and a neutron detector and ground-penetrating radar for scoping out good spots to drill. There’s more information on each of these if you follow the links in this instrument list.

The mast is topped with the big PanCam for visible-light images in 2D and 3D. This will be sending back all the cool pics you’ll send to friends, if any of us survive until this thing lands in 2021.

Speaking of which, Russia is part of this operation, and agencies from that country are putting together a stationary surface platform that will conduct investigations that don’t require it to move around: testing the air, planetary rotation, radiation, temperature and so on. 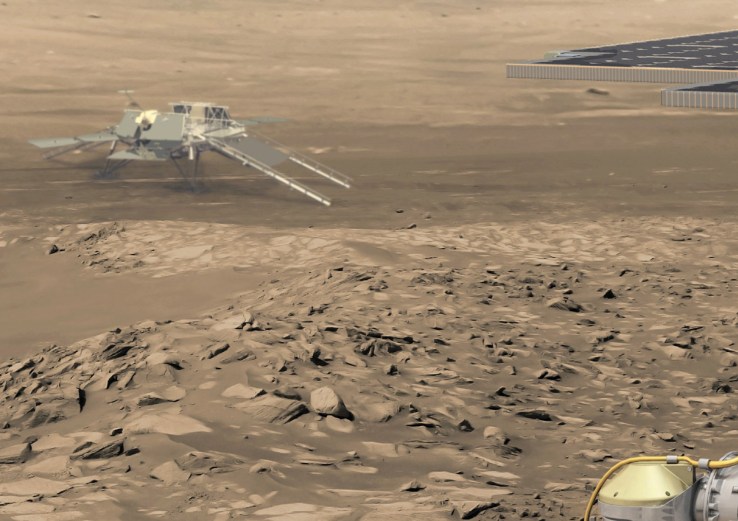 There… in the background. I can just make it out…

It really takes second billing in this image, which is probably more to do with its design being less finalized than any kind of passive-aggressive shade-throwing by ESA. The scientific community is above that sort of thing, mostly.

Exomars is still in planning stages, and they’re deciding between a handful of landing sites. We won’t know until summer of 2019 where it’s going to set down, and then if all goes well it’ll launch in July 2020 and arrive at Mars in March of 2021. Don’t worry, we’ll remind you.