Six years ago, a massive earthquake, consequent tsunami and nuclear crisis struck Japan. International organizations rushed to help the country’s devastated residents, and to figure out how to clean up Fukushima Daiichi, the wrecked nuclear power plant. Robots offered a ray of hope amid unfathomable loss. At least they did, until recently.

The implication is that, perhaps, the clean up will move faster if Tepco’s energy and the government’s money is redirected to chemistry, biology, and so-called “safe containment,” building some sort of structure around Fukushima Daiichi like the “sarcophagus” around Chernobyl. Or perhaps humans need to trust AI to move robots through some of their tasks. All of the robots deployed in the cleanup effort have been remote-operated by humans, so far. The government watchdog’s critical comments followed the latest robo-fail revealed by Tepco. 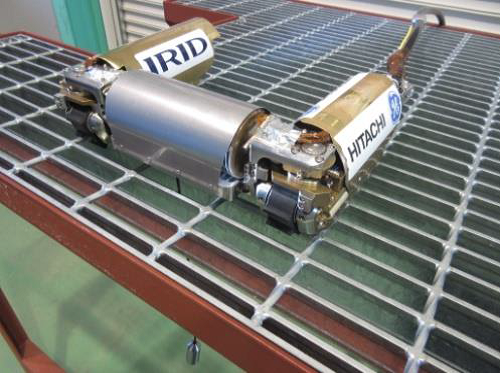 The PMORPH survey robot is being used to clean up Fukushima.

On March 23 the company said it had attempted to send a survey robot into a containment vessel to find fuel debris, information it needs to decommission the plant. But the PMORPH survey robot, developed by Hitachi-GE Nuclear Energy and the International Research Institute for Nuclear Decommissioning (IRID), couldn’t get its cameras to the predetermined location. As a result, it only sent back a partial report.

Just one month earlier, Tepco aborted a mission using a Toshiba “scorpion” robot that was built to scramble over rubble, capture images and data inside the plant’s facilities. The robot could tolerate up to 1,000 sieverts of radiation. And yet, it had trouble within the hostile environs of the number 2 reactor where it was dispatched.

These followed a string of earlier robot losses at the plant going back to the Quince 1, the first robot to enter the facility after the disaster. Developed by the Chiba Institute of Technology, the International Rescue System Institute, and Tohoku University in Japan, Quince went into the power plant’s reactor 2 building where it measured radiation levels, collected dust samples and video footage. It ran several missions but eventually disconnected from its communications cable and got stranded within the building. 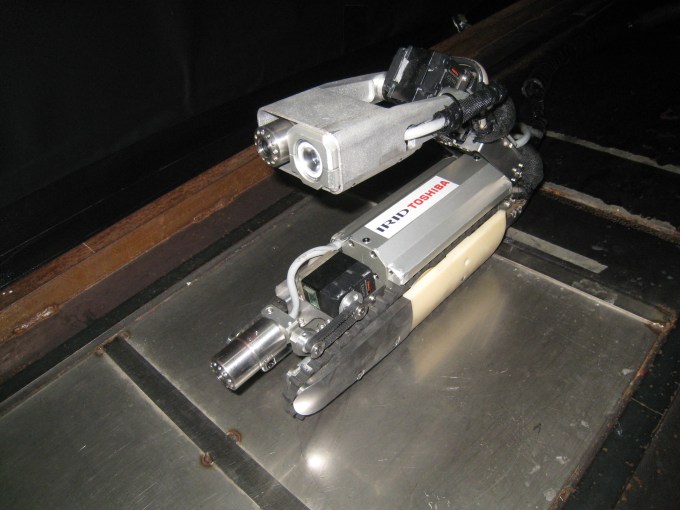 This “scorpion robot” was built to investigate inside containment vessels at the Fukushima Daiichi Nuclear Power Plant.

It’s not like anyone thought it would be easy to make robots capable of finding and retrieving molten nuclear fuel, or decommissioning and decontaminating a nuclear power plant. Japanese researchers have been trying to create robots with these capabilities since the 80s, as Timothy Hornyak wrote in the journal Science last year. Robots remain incredibly tantalizing technology.

With cameras, dosimeters, and other tools on board, robots can ostensibly go where conditions would prove fatal to humans. If they were strong and agile enough, they might be able to bring core samples up for scientists to test, or find and plug leaks, clear paths and scour away radioactive materials. The ultimate task would be for robots to identify and retrieve some 600 tons of molten nuclear fuel and debris from Fukushima.

Despite the nuclear watchdog’s most recent admonition, many robots, even the fried ones, have been helpful in what little progress has been made in cleaning up the site. 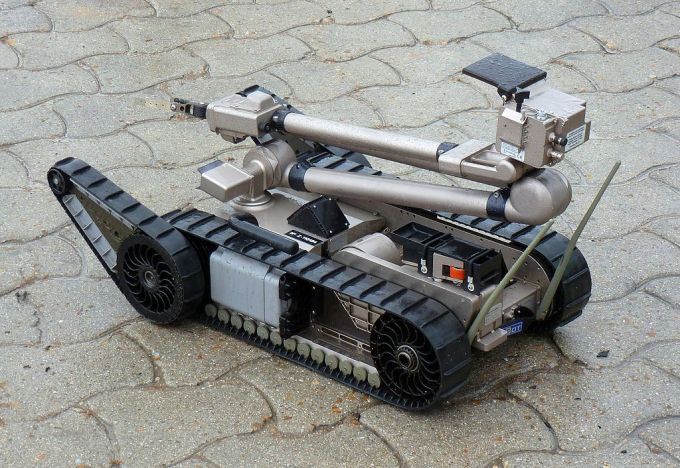 Early on, iRobot’s ground-based PackBot and Warrior robots, and Honeywell’s T-Hawk drones helped TEPCO get a handle on radioactivity and conditions around its facilities, including around damaged reactors within weeks of the disaster. Swimming and crawling robots, also developed by Hitachi and GE Nuclear energy, were used in a 2014 mission to capture images and readings from within a damaged reactor.

Still, with every failed or aborted mission, every $1 million spent, it gets harder to tell people devastated by a crisis that robots are their greatest hope. Japan’s 3/11 crisis killed tens of thousands, left thousands missing and displaced a quarter of a million people. As radiation first gushed from the Fukushima-Daiichi nuclear plant, millions of residents were left mourning without electricity or water through cold and wet, end-of-winter weather.

More than half of those who fled or were evacuated from the area have no plans to come back, even still, according to Japanese government surveys. Scientific studies have concluded that certain areas are safe for residents’ return. But there’s not much in the way of schools, stores or other critical community support around Fukushima, and fears linger.  The Japanese government estimates the cleanup effort will cost $189 billion and will take decades.

Let’s hope the next “step change” in technology, whether in robotics or another promising area, will hasten the Fukushima recovery, and prevent nuclear disasters from ever happening again.