Electric cars and buses have already begun to take over the world, as evidenced by daily sightings of EV brands like Tesla, Prius, Bolt and Proterra on U.S. roads. But two-wheeled EVs are still a rare sight. The motorcycle industry has been much slower to put out all-electric and hybrid models relative to peers in automotive.

Big brands like Harley, Honda and Ducati don’t have EV motorcycles on the market today, though customers have indicated interest when they’ve teased electric concepts. And a few startups have failed to make electric bikes that could give combustion engine models a run for their money.

Mission Motors went bankrupt. Brammo put its Empulse EV motorcycles out there to some fanfare, but the small Oregon-based startup sold its bike business to Polaris. The parent company of Victory Motorcycles, Polaris eventually killed off the Empulse. And Brammo now sells power systems to other vehicle and equipment makers.

Survivors and newcomers are still churning out EV motorcycles, though. They include Zero Motorcycles, Lightning Motorcycle and Alta Motors in the U.S., Energica Motor in Italy and China’s Evoke Motorcycles. All are helping to awaken market demand. According to forecasts from ID Tech Ex, the market for smaller electric vehicles, including motorcycles, will comprise about 5 percent of overall EV sales, generating some $35 billion annually by 2027. TechCrunch recently caught up with Zero Motorcycles CTO Abe Askenazi, who has been in the motorcycle industry for about two decades, to get his take on what could make electric motorcycles the first choice for riders.

Askenazi said right now, a lot of Zero Motorcycles’ customers buy the company’s EV bikes alongside market-leading V-twins and V-4s. To him, that indicates Zero’s bikes perform at the same or better levels as riders’ long-held favorites.

Besides that, he said, electric bikes are quiet, so riders can hear what’s happening around them, and won’t disturb the peace, which their neighbors appreciate. That quietude is one reason police departments buy Zero Motorcycles for their fleets. They can ride at any hour, and approach suspects stealthily if they drive electric.

Of course, electricity costs less than gas most of the world over. That’s appealing to a certain set of riders — so is the ability to power your bike with solar or wind-generated electricity for those most eco-minded motorcycle enthusiasts. 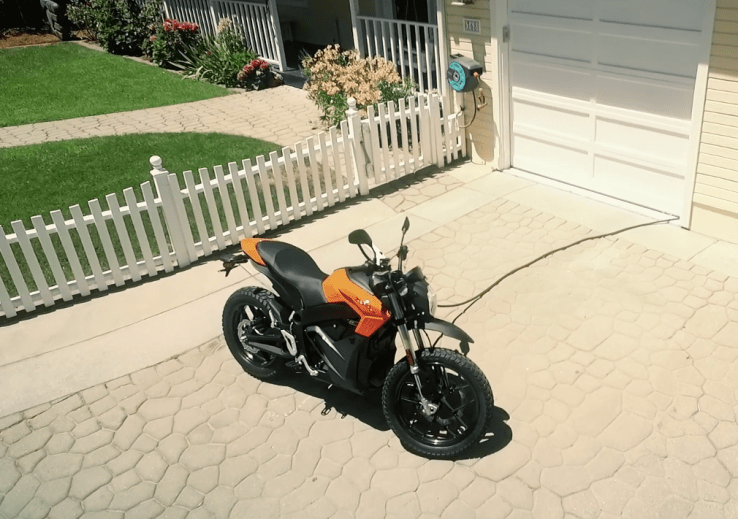 Zero’s today makes everything from lightweight “hot rods” to sporty off-road models that cost from $8,495 to $15,995. Appreciated for their acceleration, speed, control and easy-to-read instruments, in the past the bikes drew complaints around range. The company has worked hard to improve its battery tech, however, and some bikes in Zero’s 2017 lineup promise 200 miles per charge. That compares to e-motorcycles with a 40-mile range made by Zero just a few years ago.

“Optimization of chemistry has gotten us here. The beautiful thing is that batteries are plug-and-play. When that battery comes that will give you 1,000 miles, we’ll be able to use it,” the CTO said. “Where the industry is going though is not so much a bigger battery to go further between charges, but faster charging so you can go grocery shopping, plug it in, come back and then you’re ready to go again.”

Over time, batteries will take up less weight and space on e-motorcycles, beyond what we can even envision today, the CTO said. That will leave room for cargo and other components, potentially. Already, Zero Motorcycles S and DS bikes give riders a large storage space behind the batteries. “You gain a lot of practicality with this bike,” Askenazi said. Lighter-weight and stronger materials will also transform design, he predicts.