Posts on Google started out as an experiment during the 2016 U.S. presidential election. It essentially allowed candidates to post Twitter-like status updates directly to Google’s search results pages and those updates would then appear in various election- and candidate-related widgets. As the company announced at an event in Brazil today, it’s now opening this feature up to a wider range of organizations and individuals. 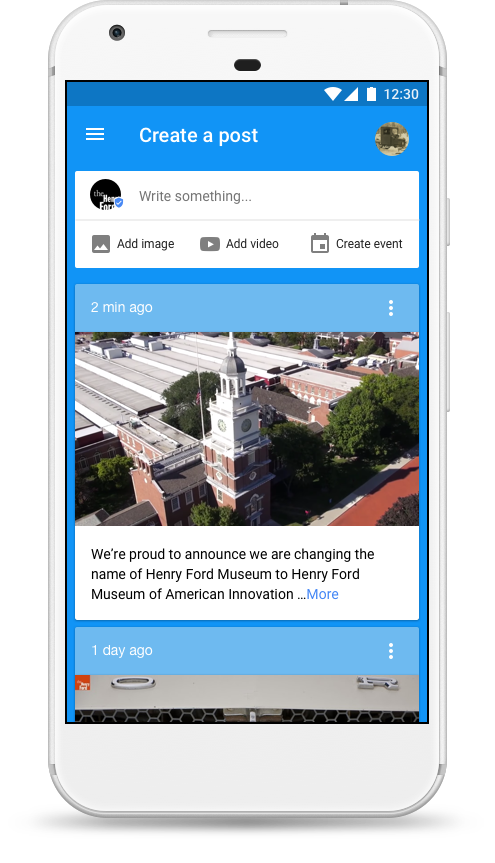 Now don’t get too excited just yet. Google is opening up an application process and that process currently focuses on museums, sports teams, sports leagues and movies (and the people and organizations behind them). The idea here, Google says, is that when you search for a given museum, for example, you’ll see updates that give you more info about exhibits or other timely info.

In Brazil, Posts on Google is now also open to musicians and it’s probably only a matter of time before Google will bring this to the United States. The company says it’s continuing to experiment with other categories and regions, too.

During the U.S. election, Google allowed the candidates to publish long-form text, links, photos and videos. It looks like that’s still the kind of content Google is looking for from these new organizations.

While the term “status update” is clearly linked to social networking, it doesn’t look like this is yet another attempt by Google to launch a social network. Instead, it’s meant to provide more relevant and timely information to its users. Once upon a time, Google would have pushed these users to Google+ and asked them to post their updates there. That time has thankfully passed.

Google, of course, already pulls in tweets from many of the celebrities and organizations it is targeting here. It doesn’t show inline images or videos for those results, however, making Google’s own format a bit more interesting for organizations that want to improve their presence on the company’s search results pages.