With traditional television no longer the powerhouse it once was, today’s kids grow up on a diet of Netflix and YouTube and other digital content. A new startup aiming to be the next big kids brand to tackle this space, Pocketwatch, announced today it has raised $6 million in Series A funding led by Machinima co-founder Allen DeBevoise’s Third Wave Digital, a firm that invests in digital media brands.

Pocketwatch is currently being led by Chris Williams, one of Yahoo’s first 100 employees, who previously founded Take180, a startup acquired by Disney. At Disney, he launched Disney Online Originals, a division devoted to short-form content. He later served as the Chief Audience Officer of Maker Studios, which was also acquired by Disney.

Pocketwatch’s Chief Content Officer Albie Hecht, meanwhile, has a wealth of experience in the kids’ media business, as well. Before joining the company, he served as President of Nickelodeon Entertainment, where he oversaw the development of top kids’ shows like SpongeBob Squarepants, Dora the Explorer, Blue’s Clues, and All That. He was also responsible for the Nickelodeon Kids Choice Awards and previously headed TV channel HLN.

Jon Moonves (Leslie’s brother) is Pocketwatch’s Chief Strategy Officer. A well-known entertainment attorney, he has represented Hollywood talent like Ray Romano, Michelle & Robert King, Marc Cherry and Nia Vardalos, and online creators like Bethany Mota and Lele Pons. He also worked with Apple and NFL on their digital content initiatives in the past.

This team, including its investors and advisors, is what makes Pocketwatch interesting. But for now at least, there’s no consumer-facing product to evaluate.

Williams tells us that Pocketwatch will initially launch this summer with five YouTube channels, which will serve as its entry point in establishing its online brand and generating revenue through ads and subscriptions via YouTube Red. The larger goal, however, is to develop high-quality kids programming that could be packaged and resold to other platforms.

If successful, its content could be licensed to the new streaming TV services, which are hungry for digital brands to fill out their core lineups. Pocketwatch also wants to expand into other areas, like toys and gaming.

The company is emerging at a time when online video viewing – for kids – has eclipsed TV. According to a DHX/Ipsos survey from September 2016, 72 percent of kids’ daily video viewing takes place on streaming services like YouTube and Netflix, noted Williams. 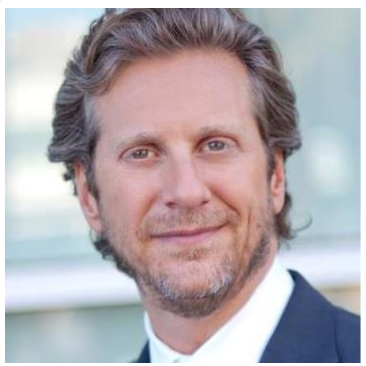 “That was a big, driving force in wanting to tackle this space,” he explains. “And also, there had not been a digitally born brand targeting this audience. There are other categories – like fashion and beauty where you have StyleHaul, and gaming where you have Machinima, or food where you have TasteMade – but there’s no one who really said ‘we’re going to target this kids two to eleven audience,'” Williams says.

In addition, he believes that traditional kids’ media companies, like Disney, have to focus more on the preservation and growth of their large, multi-billion dollar businesses that are in a state of evolution. For example, the up-ending of the cable television model by streaming services is an area they’re trying to address.

“But what that does is create a nice window for companies like Pocketwatch to get started and have a nice, clean runway for a period of a few years,” Williams adds.

Of course, the fact that kids are already tuned into so much digital video content – from toy unboxing videos to Minecraft to highly produced shows and movies via streaming TV and subscription services and everything in between is also what can make it difficult for a new brand to find an audience.

Pocketwatch says it will also leverage its Facebook Page presence and the popular kids app Musical.ly to promote its characters and content, to start.

Its programming will be aimed at kids ages 2 to 11, but it will focus on ages 6 to 11 at first. The preschool set will be served instead by a sub-brand at later date – think Nickelodeon vs Nick Jr. or Disney vs. Disney Jr., for example.

The company will also roll out a sub-brand for parents, focused on keeping them better informed about what kids are watching online – an area where there’s a clear need for expertise given the vast amount of online content available today via online services and YouTube.

Though initially Pocketwatch sounds like another multi-channel network (MCN), it has a different approach. Traditional MCNs aggregated YouTube channels and generally focused on a specific vertical. But Pocketwatch’s content won’t entirely consist of that from online creators. Instead, the company plans to offer both animated and live action premium series, in addition to partnering with 10 to 15 digital creators.

These creators will also be offered a “significant” equity stake in the company, Williams says, declining to say how much.

That’s a different business model than prior MCNs, which focused on ad revenues after achieving scale. Arguably, that model didn’t really work out – many MCNs exited to larger companies, as Maker did with Disney. Many creators also felt their contributions were under-valued or overshadowed by the network’s top performers.

Culver City-based Pocketwatch, a team of ten, will officially launch to consumers this summer with its preschool brand arriving later this year.