As competition in the live streaming space heats up, Facebook has scored a significant deal that will allow it to stream at least 22 live Major League Soccer matches on its social network. Through a collaboration with both MLS and Univision Deportes, Facebook gained the rights to stream the 2017 MLS regular-season matches in English, as well as enhance the video content with various interactive elements.

The streams will include Facebook-specific commentators and interactive graphics, as well as fan Q&A and polling features that let Facebook viewers engage with the commentators as the matches take place.

These are the same games that are being broadcast on Univision networks in Spanish, but Facebook has scored exclusive rights to the English language streams.

As a part of the deal, MLS will also produce more than 40 original “Matchday Live” analysis shows that will be posted to the MLS Facebook page. These shows will include feature highlights and discussions from around the league, as well as previews of the upcoming matches.

The pilot episodes of “Matchday Live” ran on MLS Opening Weekend, and will be followed by another episode this weekend, at 4 PM ET. 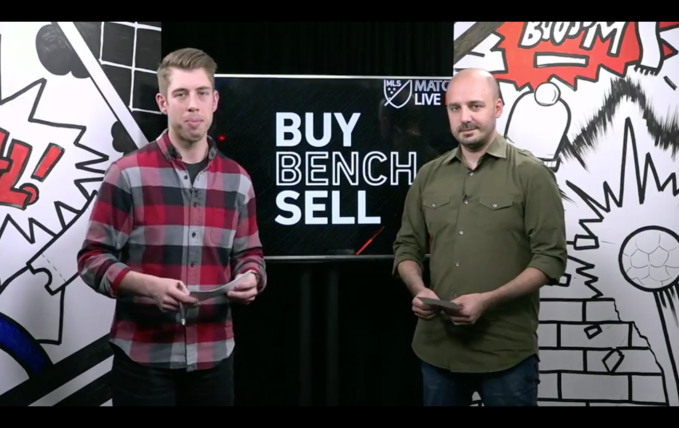 The live streams of the games themselves will be on the Univision Deportes Facebook page, and will kick off with Atlanta United hosting the Chicago Fire on March 18 at 4 pm ET.

The games will be available both on the desktop and mobile, via the Facebook Live platform. They’ll include unique camera angles optimized for mobile viewing, and may include ad tests, like putting ad breaks in the middle of streams, says The WSJ.

According to Univision, more than 18 million English-language viewers have tuned in to its networks to watch soccer. The company sees this deal as being another way to reach those fans, and growing interest in the sport.

“We are committed to serving our passionate fans,” said Gary Stevenson, president and managing director, MLS Business Ventures, in a statement. “We are working with all of our partners on making sure our games, and additional content, get to our fans anytime, anywhere, and on any device.”

The deal is notable for Facebook, which has been interested for some time in bringing live sports content to its network. The company in the past streamed several USA Basketball Men’s and Women’s National Team exhibition games on Facebook Live, as well as other soccer matches, including an Orlando Pride match, Manchester United-Everton and a Spanish Women’s First Division match, last year. It also launched a Sports Hub on its network, to keep fans engaged with their favorite teams.

As The WSJ reported in 2016, Facebook was then set to pay sports teams and athletes more than $4 million to use Facebook Live video. More recently, Facebook has been in talks with MLB to stream its content, Reuters reported this February. Deal terms for the MLS games have not been reported.

Sports deals are often tough because many of the leagues are locked into contracts with broadcasters that limit to what extent they can make their content available to newer platforms like Facebook Live.

But clearly, many are interested in dabbling in this space. Twitter, for example, has been beefing up its live content in recent months, and has in the past made deals with Wimbledon, MLB, the NHL, the NBA and the NFL for its Thursday night games.