Norwegian startup Gobi raised $500,000 at a $15 million valuation to take on Snapchat with its “Stories” communication tool. The platform enables users to create public and private groups where users can share photos and videos that stay around for three days before vanishing into digital pixel-dust.

“We originally created a Snapchat group for our college,” says Kristoffer Lande, Gobi’s CEO. “And the group rapidly grew to 4,000 users. Snapchat wasn’t a big fan, so they shut it down after about 24 hours. Everybody loved the community group, however, so we decided to build our own app.”

One of the uses for the app is to ask for opinions; whether someone thinks your shoes are hot or not, or whether you should buy a particular shade of sunglasses.

“Gobi is designed to put interactivity at your fingertips,” says Lars Erik Fagernæs, the company’s CTO. “We learned that our users often ask for each other’s opinions in the app. Gobi now solves this by letting them do it with one simple step. The interactive stickers can be added on top of the snaps, and then the viewers will be able to tap and interact with them.” 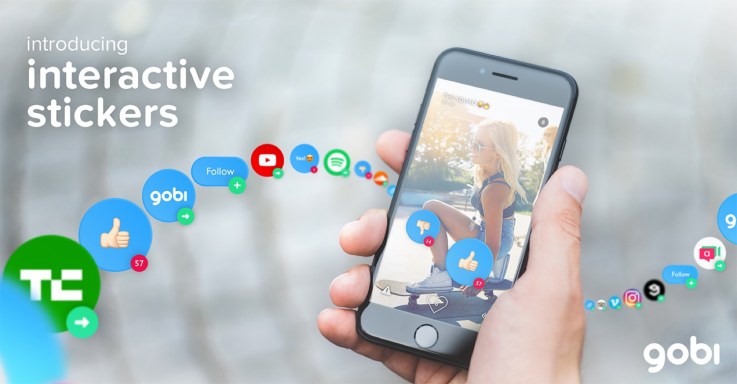 By placing an interactive sticker on your photo, you can get instant feedback from your followers.

The interactions vary from simple up or down votes to links, embedded videos, audio tracks and much more.

A “group” can consist of anything from two people to several hundred thousand members. They are often based around interests, locations, clubs, groups of friends or events.

“The investment is a game changer for us,” says Lande. “The product is now ready, and the investment will help us executing on our the launch strategy later this year.”

The first version of the app was originally launched in August 2015, and has since grown to around 70,000 users.