The iRobot museum is located in the main building of its Bedford, Massachusetts headquarters. It’s more of a hallway, really, tucked behind a security door just off the building’s lobby, that sports the words “Cool Stuff.”

It’s the first stop for tour groups and field trips, laying out the company’s 27-year history along conveniently stocked shelves.

It’s a history lined with breakthroughs and misfires, and, in the case of he loosely fitting skin of 2000’s Hasbro collaboration, a nightmarish descent into the uncanny valley.

“We founded the business to go change the availability and role of robots in our lives,” says Colin Angle, who co-founded the company in 1990 with fellow MIT grads Rodney Brooks and Helen Greiner, who have since moved onto jobs as heads of Rethink Robotics and CyPhy Works, respectively. “We didn’t have a product in mind, we just had the cool technology, and gee, it ought to work. Not exactly the best strategy for starting a company.”

The museum, it seems, is modest by design, charting the slow and deliberate rise of a company which, by Angle’s own admission took a dozen years to really find its footing. It’s simultaneously inspiring and disheartening in an industry that doesn’t always warm to late-bloomers.

“Our first business model was to build a low-cost Mars rover and fund it by selling the movie rights,” Angle explains with a smile. The company’s first robot, Genghis, was created a year after its founding. An adorable little insect of a bot, with six rigid legs that are designed to help it traverse the rocky terrain of the red planet — or, in the case of an early prototype with matchstick-like legs, a small paperback book.

It was a triumph in biomimicry — nature-inspired robotics — but ultimately a commercial dead-end for a robotics company desperately in search of a business model. Apparently Hollywood just wasn’t ready.

Half a decade later, the company created Ariel, another six-legged robot, this time drawing inspiration from crustaceans and carrying the far more terrestrial task of locating landmines in war zones. It was the birth of a new business for the company — one of the most lucrative in all of robotics. In 1998, the company scored its first DARPA contract.

Like so many other robotics firms, the company was ultimately a beneficiary of war-time spending, coming of age 12 years after its formation when the U.S. became engaged in two wars in the wake of September 11th, with the company’s Packbot robots being deployed en mass for reconnaissance missions in the caves of Afghanistan.

That same year, the company had another major breakthrough: a hockey puck-shaped floor-cleaning robot called the Roomba.

“Our history has always been a broad exploration of how robots can become actual businesses and self-supporting,” says Angle. “From 2002 forward, it increasingly became defense and consumer. It was a little weird working on mine-hunting robots and then my next meeting would be about vacuuming. That felt a little bit strange, but we made it work, and the military business was quite profitable. It enabled us to learn how to manufacturer and sell and distribute these vacuuming robots.”

In many ways, Roomba represented the culmination of lessons learned from more than a decade’s worth of trying and often failing to develop a viable commercial application for robotics. Myriad projects across a wide range of peripherally related fields helped the company stock up on talent and technology, and the pages and pages of patents that ornamentally line the second floor walls of the Bedford offices were fueled in no small part by those big-ticket military contracts.

“iRobot benefited from those twelve years of exploring different industries in order to be able to have the competencies,” says Angle. “We had worked with Johnson Wax on big, expensive cleaning robots for supermarkets, and we learned about the challenges in how to clean. We had worked with the defense department on robots that could clear mine fields, so we had this technology that we could apply to Roomba for coverage.”

The Roomba wasn’t the first robot vacuum cleaner when it arrived on the scene in 2002. Electrolux’s fancifully named Trilobite beat it to market by a year, having first shown off prototypes in the late-1990s. Dyson, too, had publicly flirted with the notion a full decade before the arrival of the 360 Eye, but its DC06 was ultimately shelved for being too big, too bulky and way too expensive for retail.

At $199, the first Roomba wasn’t exactly cheap, but it was within grasp for early adopters sick of pushing an old-timey vacuum around the floor — and perfectly positioned for sale on the shelves of Brookstone, The Sharper Image and Hammacher Schlemmer. In its own small way, it represented some realization of the promise of house-cleaning robots that has peppered popular culture at least since Rosie the Robot debuted on network television in the early 1960s.

Of course, compared to the manner of anthropomorphic robots we’ve been weaned on over decades of pop culture exposure, Roomba is downright disappointing, lacking the arms and legs of its sci-fi predecessors and sporting little in the way of personality, at least until Aziz Ansari stuck an iPod to the back of one and declared it DJ Roomba.

What it did have, however, was some complex underlying technology that made for a visually simplistic household robot that actually worked as advertised. “The challenge is that it’s straightforward to make a toy robot that you can drive,” the executive explains. “It’s quite hard to make a robot that can do something sufficiently useful that a person would pay for it. Cleaning seemed like a good place to start because people value a clean home, but in order to make a business around it, we had to make a robot that cleaned comparably to the way you clean.”

What started as a niche tech device has become increasingly mainstream in the past decade. As Angle happily noted when he appeared onstage at TechCrunch Beijing back in November, robots now comprise one-fifth of the global vacuum market. And the Roomba, which has long been synonymous with the space here in the States, makes up 70 percent of that number. At the time, he cited some 14 million sales for the company’s flagship product.

In fact, Roomba has proven enough of a success to become the primary focus for the once schizophrenic company. The military robots that once occupied a testing field in the front parking lot of the Bedford campus spun off into their own standalone, Endeavor Robotics, which now operates in nearby Chelmsford. 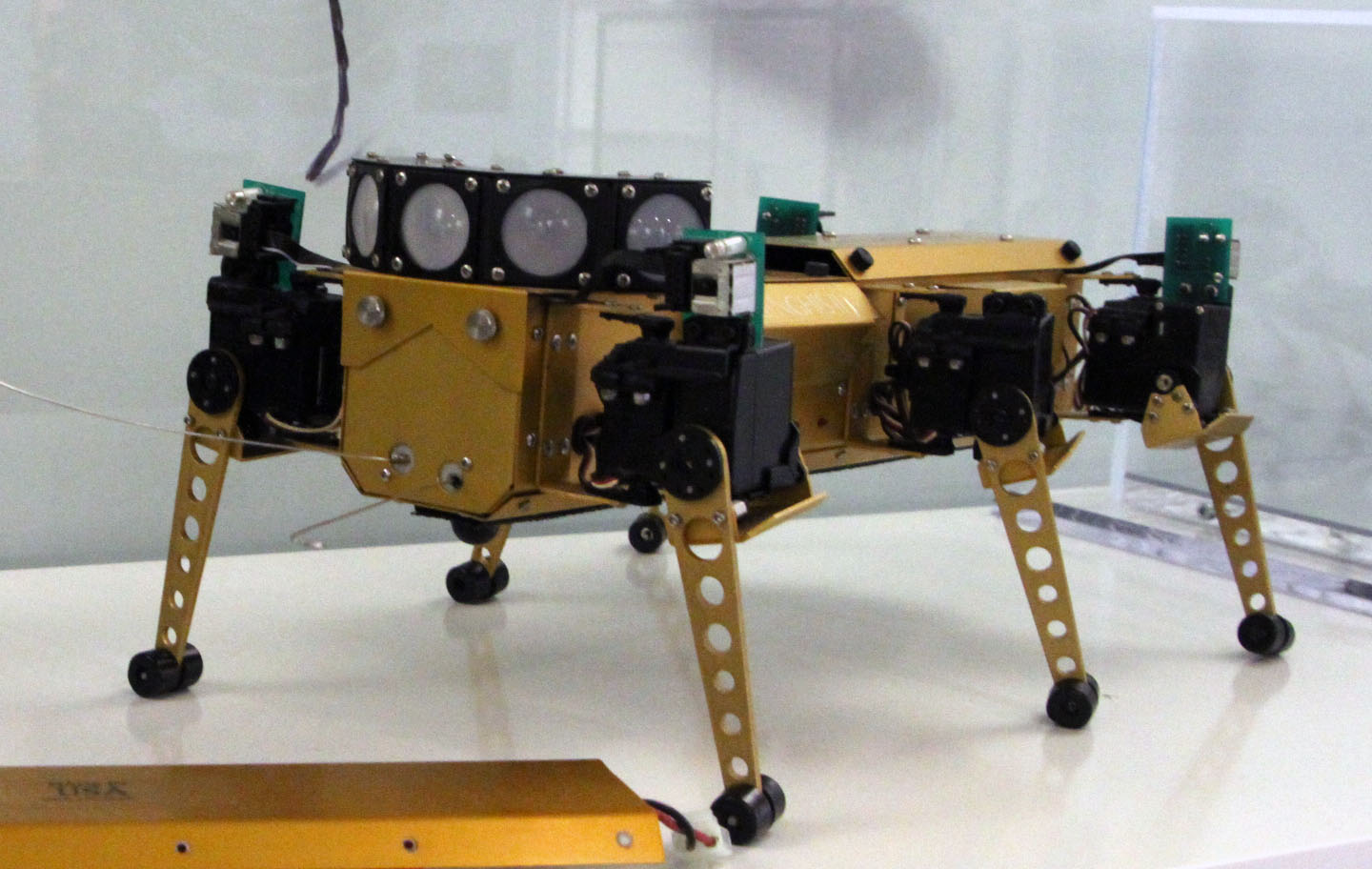 “Financially, it was synergistic,” Angle explains, describing the decision to sell off iRobot Defense and Security early last year. “But then it became clear that, in order to realize the potential robots can deliver in the home, we needed to focus. Connecting our robots, developing and commercializing this visual mapping in the robots. Continually improving performance. The opportunity was huge and we needed to focus.”

That focus will involve better understanding of the role the Roomba and other household robots play in the increasingly connected home moving forward. Angle is convinced that the past 12 years have merely served as a ramp-up for iRobot, in terms of developing underlying technologies, locating a viable commercial offering and introducing the public to one of the first truly mainstream home robots. 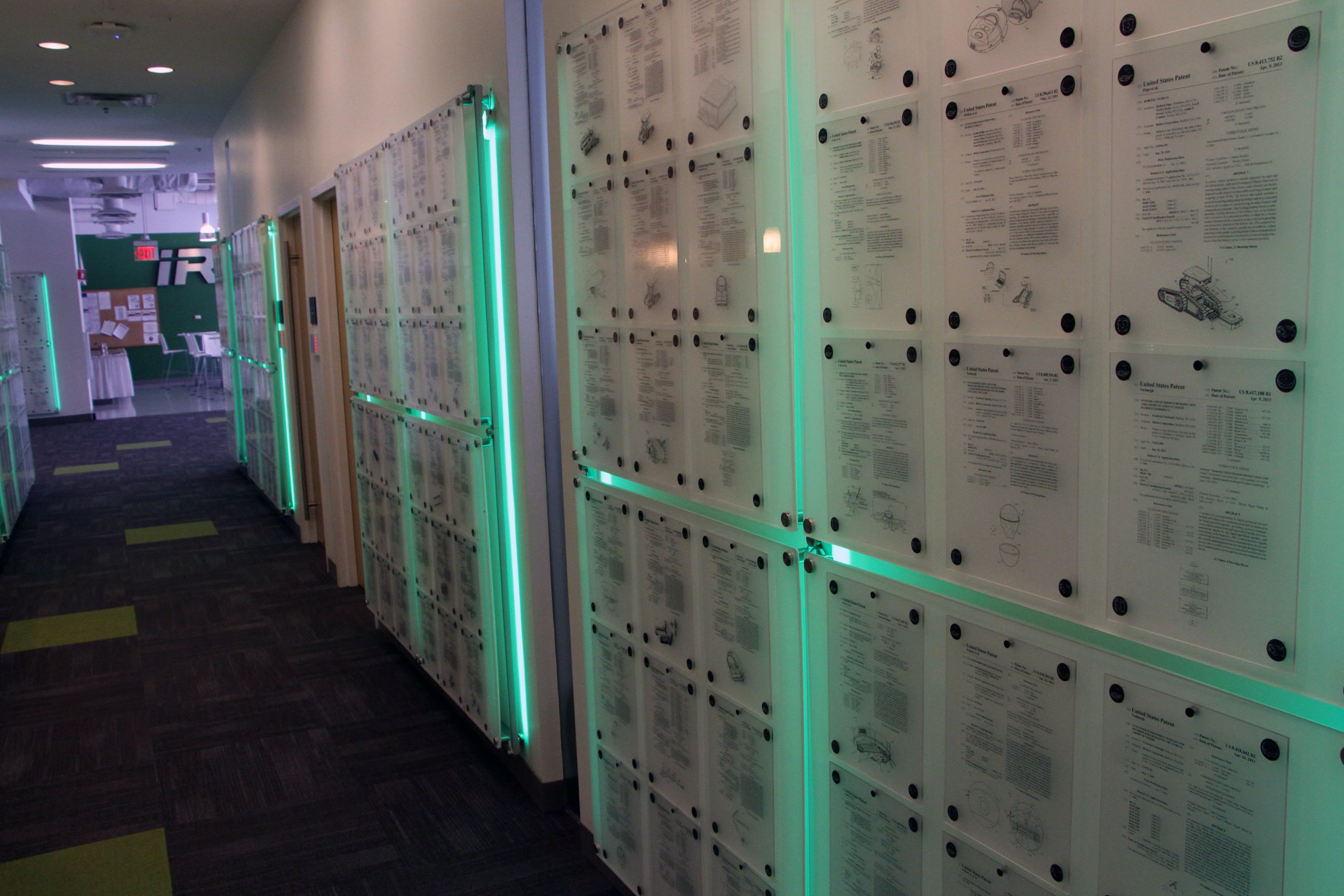 Admittedly, the company no longer has the golden goose of military contracts on its side any longer, but Roomba has afforded the company both a financial windfall and proof that there is a quantifiable consumer appetite for household robots. The last several have mostly delivered iterations on the platform, along with some meaningful spin-offs like the floor-mopping Scooba.

Angle believes that the company has the makings of the next big project in the works, however. And this time, hopefully, it won’t take another 12 years to deliver on that promise.