Tinder has been operating a members-only version of the platform called Tinder Select, which is meant to serve only the elite users on the app, including CEOs, super models, and other hyper-attractive/upwardly affluent types.

One source who was using the app said it’s “for celebrities and people who do really well on Tinder.”

It appears that Tinder has invited people to the platform, some of whom have the ability to ‘nominate’ others. But those who were nominated can’t nominate anyone else, which prevents the members-only layer of the app from spreading uncontrollably. It’s unclear exactly how Tinder decides who gets invited and who doesn’t, but the common thread among those on the Select app is that they’re generally attractive and relatively high-profile.

One factor that might be included in the Tinder Select criteria could be the Tinder Elo score, which is an algorithmic rating system across all Tinder users based on ‘thousands and thousands’ of signals. 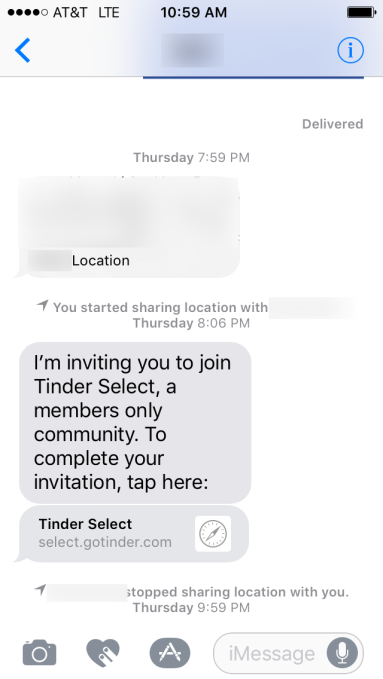 TechCrunch has obtained photos of Tinder Select (which looks way better than regular Tinder in terms of design). It features a gradient navy blue ‘S’ at the top, where the Tinder flame is normally found, and other blue accenting in place of the usual orange. Users who have access to the Tinder Select layer of the app can toggle on Tinder Select from the top bar.

These users can switch back and forth from regular ol’ Tinder and Tinder Select, which makes sense considering Tinder Select may have a smaller pool of users in certain markets.

Tinder Select has been around for almost six months at least. This suggests that Tinder may not have immediate plans to announce the service at all, which would likely upset the app’s massive user base and “dilute” the Tinder Select pool of users. After all, no one really wants to know their Tinder rating.

Raya has flown under the radar for more than two years, only allowing users with massive Instagram followings, cool/creative jobs, and references within the Raya community to join.

Bumble is relaunching its VIBee “verified” tier from last year, which rewards users who make a positive contribution to the Bumble ecosystem by swiping thoughtfully and being generally responsive. 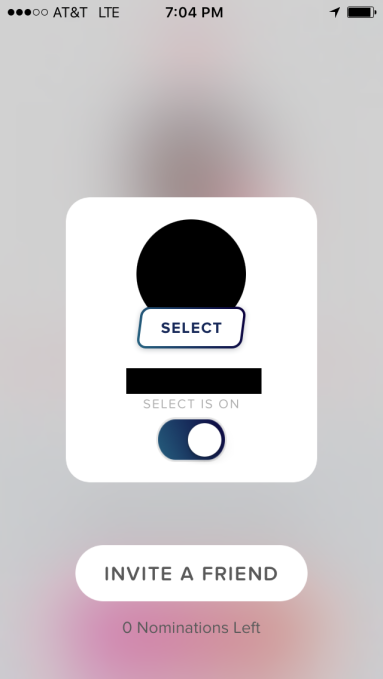 And who can forget invitation-only dating app The League? The app used LinkedIn as a backbone for data around education and profession to determine who was allowed on the platform. Not exactly down to earth.

However, it doesn’t seem like Tinder is using Tinder Select as a way to build hype, but rather as a truly stealthy layer of the platform for the most attractive, eligible 1 percent. After all, six months (at least) seems like an inordinate amount of time to test a product without announcing it.

Keeping it secret, however, only adds to the exclusivity and the feeling of superiority for those invited. And obviously, it keeps those who have not been invited in ignorant bliss.