Hyperloop One could bring its high-speed, tube-based transportation system to India, and will make a call by the end of this year whether it’s feasible to operate in the country, based on conversations it’s begun having with the Indian government, per Bloomberg. The company was in the country at a “Vision for India” event, discussing how its transportation innovation could change passenger and freight shipping for the market.

India was on the shortlist Hyperloop One unveiled back in January during CES, which revealed the countries and entities that had proposed the strongest, most fiscally and practically compelling Hyperloop projects. This included 35 semi-finalists, including five from India. 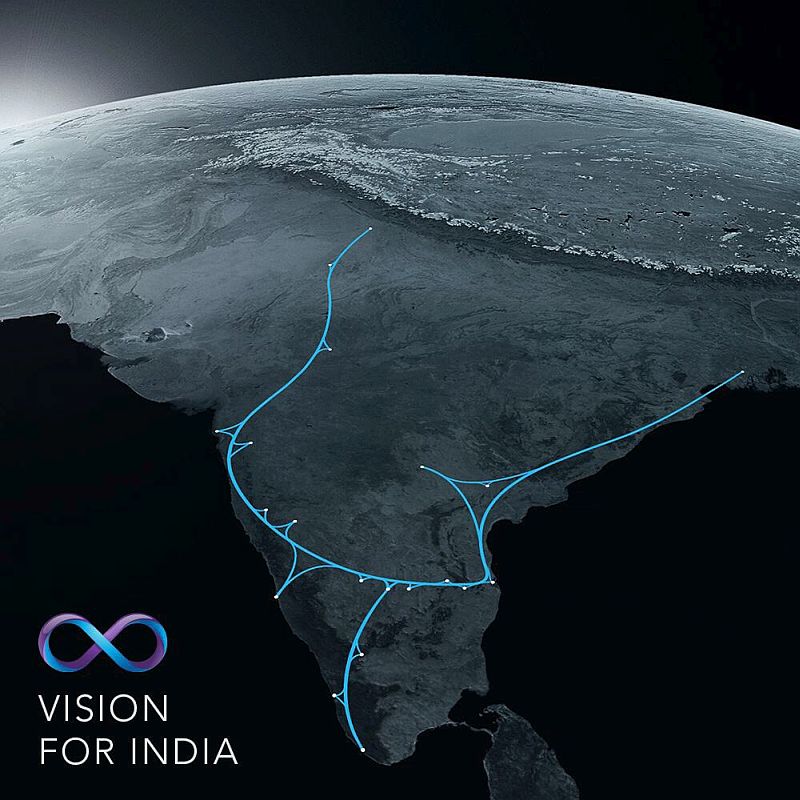 A concept graphic of proposed Hyperloop routes in India.

Hyperloop One CEO Rob Lloyd told Bloomberg that he and his company are in early talks with the government about how best to form a public-private partnership on making some of these visions proposed by contest participants come true. The talks include discussing about sourcing components for the systems locally, including base material like steel, in order to help contribute to initiatives by the government that seek both to modernize India’s transportation infrastructure, and to support some of its homegrown initiatives like “Make in India.”

It’s still likely that we’ll see the first active Hyperloop system from the company that’s operational in the UAE, but these discussions make clear that many markets are interested in what Hyperloop One has to offer, now that demonstrations of its core tech are proving the viability of Hyperloop overall.