The world of mobile development is a hairy one. You can code things yourself and hurt your brain on React Native or you can use a drag-and-drop editor and get locked into one platform forever. But now app development house Kinetise is offering the best of both worlds.

Kinetise, who I’ve talked about for years as an interesting alternative to coding your own Android and iOS apps, came to realize that their solution, while powerful, was a little scary for big IT teams. Creator Piotr Pawlak has simply added a $1,499 source code download option that lets you create your app in their browser-based interface and then click one button to download and deliver the code.

Why did they do it? Because they could.

“We’ve seen numerous builders, developers and founders asking for the source code to whatever apps they build. So we made it possible,” said Pawlak.

Why do you want this? Multiple reasons. Perhaps you’d like to do a security audit on the app before you launch or see how your data is being stored. Or maybe you just don’t like lock-in. This move has turned Kinetise from the locked-down but powerful Microsoft Access of the app dev world into something more akin to Visual Studio.

The system outputs Objective C for iOS and Java for Android. This means you could feasibly design in the app and then ship the code Kinetise sends you for testing. 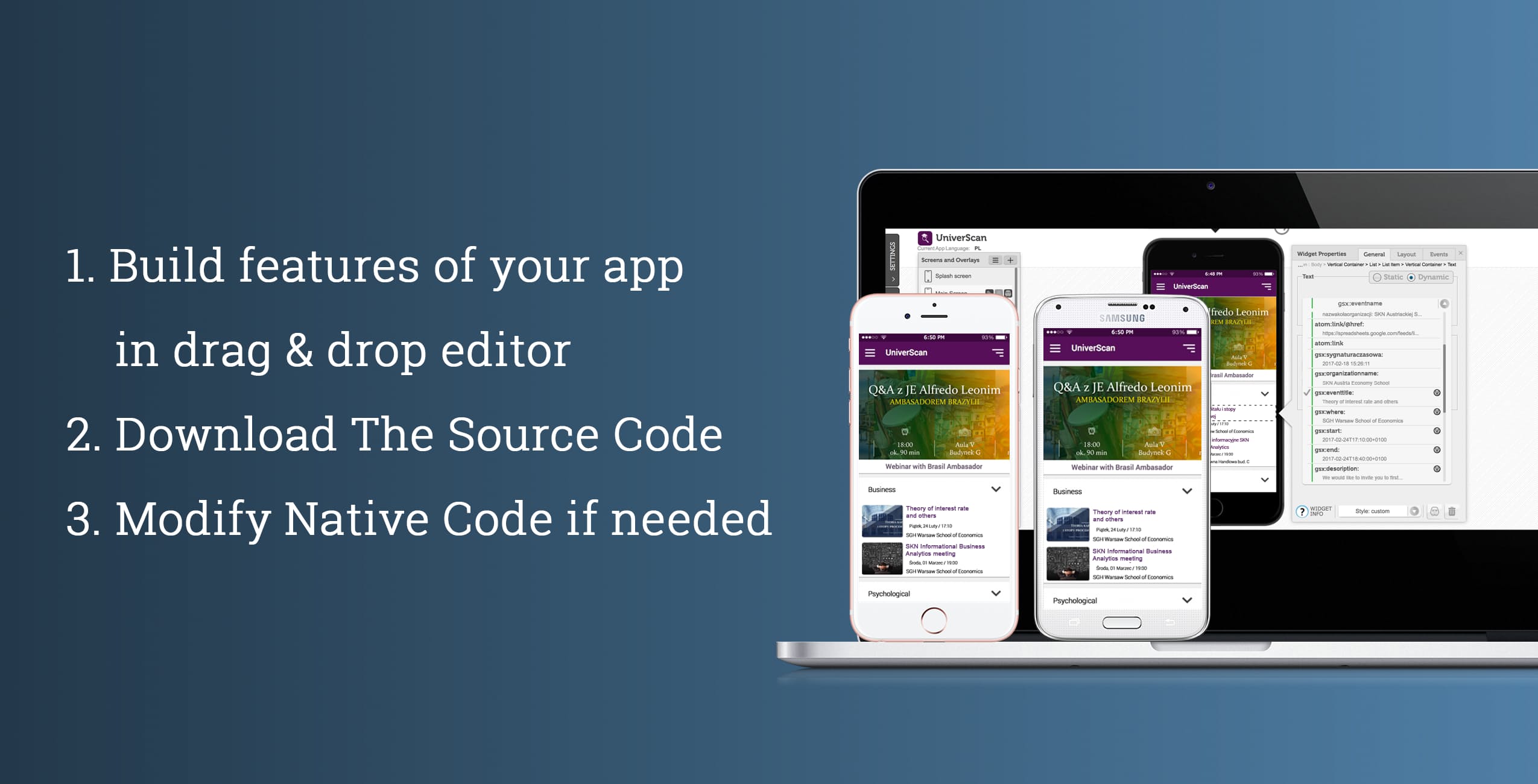 This isn’t the first app builder that produces source code – there’s also Dropsource and a few others – but Kinetise also has a robust API system that allows you to point to multiple data stores and even access their data via web apps. In short you get an app, the code, and peace of mind that your app won’t have to hit the dumpster since you can build on it even if you abandon the drag and drop editor.