Tech news was heavy this week. Uber is facing a sexual harassment claim as well as a lawsuit from Google, NASA discovered planets with what could prove to be Earthlike conditions, and more information was revealed about Apple’s new Apple Park campus. These are the top stories of the week.

1. Last week, former Uber engineer Susan Fowler accused the company of sexual harassment and human resources negligence in a blog post. In response, Uber CEO Travis Kalanick has tapped former US Attorney General Eric Holder and Tammy Albarran, partners at law firm Covington & Burling, to independently investigate the accusation. Uber board member Arianna Huffington also came on to take part in the review. Other female engineers at Uber have responded to Kalanick’s addressing of the situation by noting that Uber as a company has a systemic problem with sexism embedded into its culture. Let’s be real though, Uber isn’t the only tech company that mishandles sexual harassment claims. This is a larger issue within the tech community.

2. NASA discovered seven Earthlike planets outside of our solar system about 40 light-years away. These new planets all inhabit another solar system and orbit a star called TRAPPIST-1. So far, we know that the planets have a warm climate and rocky terrain, promising signs for water and therefore life.

3. In addition to a sexual harassment claim, Uber is facing a lawsuit from Waymo, the Google-owned self-driving tech company. Waymo has filed suit against the Uber-owned self-driving trucking company Otto, on the accusation that Uber “misappropriated” trade secrets, and infringed upon its patents. 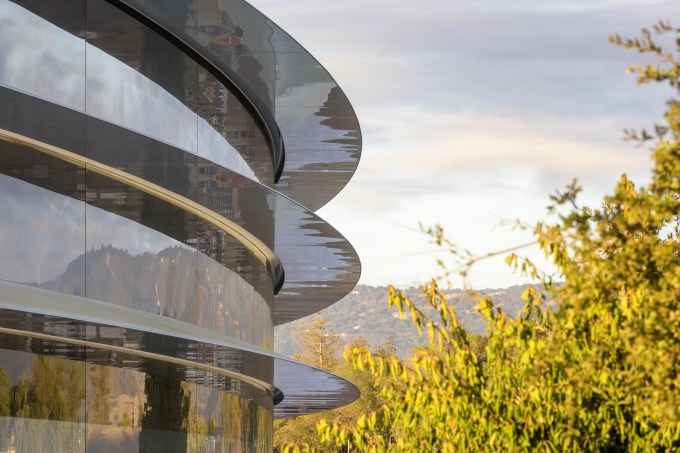 4. Apple’s new campus now has a name and an opening date. Apple Park will open in Cupertino in April of this year and provide work space for 12,000 Apple employees. In addition to the new office space, Apple Park is also going to have a big theater with a thousand seats called the Steve Jobs Theater.

5. Getting hacked is costly. After the disclosure of two massive data breaches, Yahoo and Verizon finally confirmed new terms for the sale of Yahoo to Verizon. Verizon will pay $350 million less than originally planned, knocking the price down to $4.48 billion to acquire Yahoo.

6. After a first failed attempt due to a GPS error, SpaceX’s Dragon spacecraft successfully docked at the International Space Station. The supply ship is filled with 5,500 pounds of supplies and materials for the crew of the ISS.

7. Content delivery network Cloudflare revealed a serious bug in its software that caused sensitive data like passwords, cookies, authentication tokens to spill in plaintext from its customers’ websites. The announcement is a major blow for the company, which offers enhanced security and performance for more than 5 million sites. The leak could have allowed anyone to collect a variety of typically encrypted personal information.

8. Facebook is closing in on Snapchat from all sides. Facebook-owned WhatsApp launched Status, an encrypted Snapchat Stories clone. The new tab lets you share decorated photos, videos and GIFs that disappear after 24 hours.

9. Snap wants to prove to investors pre-IPO that Spectacles were more than a branding stunt and could actually make money for the newly proclaimed camera company. Snap began selling its video-recording Spectacles sunglasses online for $130 in the U.S. at Spectacles.com. Prior to the online launch, you could only get Spectacles from pop-up Snapbot vending machine dispensers and its NYC store.

10. Airbnb finalized the deal to buy social payments startup Tilt. Airbnb, which has a valuation of $30 billion, has been on a sort of buying spree as of late.

12, Mark Zuckerberg released a 5,000 word product road map for Facebook last week, in which he outlined the company’s humanitarian efforts. Another chunk of the piece was an ask to users to define content guidelines for what they feel is offensive or not. However the question may be whether or not any additional data Facebook gathers from users with a ‘content threshold setting’ will become another way for Facebook to receive more data to help it target ads.