As pollution, extreme weather, and over-population threaten the viability of large, outdoor farms, a startup called Bowery Farming Inc. has raised $7.5 million in total venture funding to grow food indoors, even in the middle of a city. The startup’s high-tech approach uses robotics, LED lighting, computer vision, sensors and data analytics to grow leafy greens with no pesticides and very little water indoors.

Bowery generates revenue from selling its greens, including different kinds of lettuce, kale, spinach, basil and others, wholesale to restaurants and groceries. The company claims that its technologies let it grow 365 days a year, producing 100 times more leafy greens than a traditional outdoor farm occupying the same-sized footprint, all using 95% less water.

Bowery cofounder and CEO Irving Fain said, “With all the technological advances we’ve seen in the last decade, it is now possible to have reliable, consistent production in agriculture. We started working on this technology two years ago, thinking about what it will take to feed a global population that will soon reach nine billion people, and 35 years down the line when it’s expected that 70% of the world’s population will be living in cities.” 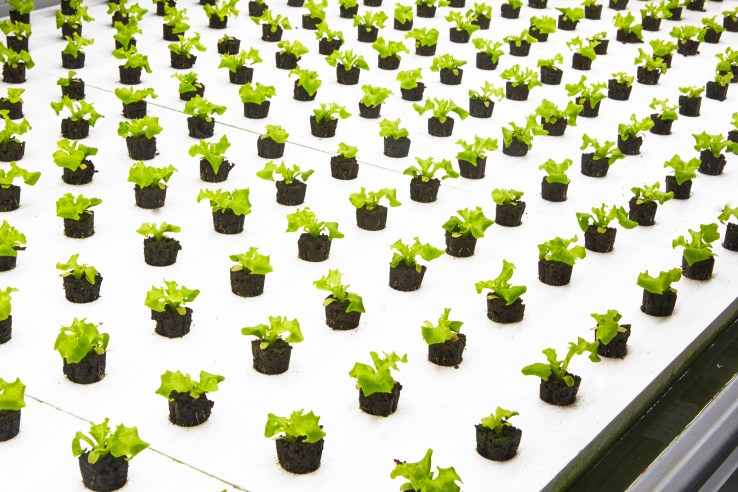 The “modern indoor farm” that Bowery has built can provide fresh food grown in urban environments to local populations, Fain said. “People have been growing using LED lights or other artificial lighting indoors for years.The economics in lighting changed, however, which made it possible to do indoor farming as a real commercial operation.”

While most of the company’s technology is purchased off-the shelf, it is integrated and run with the company’s completely proprietary systems including its “FarmOS.” Bowery uses computer vision and other sensors to monitor its plants and indoor climate. It amasses millions of data points about the variables impacting crops in real-time, and can tell what will change a plant’s growth rate, or otherwise lead to a particular quality, color, texture or flavor.

First Round Capital led the investment in Bowery, joined by Box Group, Lerer Hippeau Ventures and Chef Tom Colicchio, who is equally loved as a restaurateur, for his signature braised short ribs, and work as a leading judge on Bravo’s Top Chef. Fain said that some of Colicchio’s restaurants have been using Bowery greens already. The greens are also sold at markets around New York and the Tri-State area more broadly, including Whole Foods Markets. 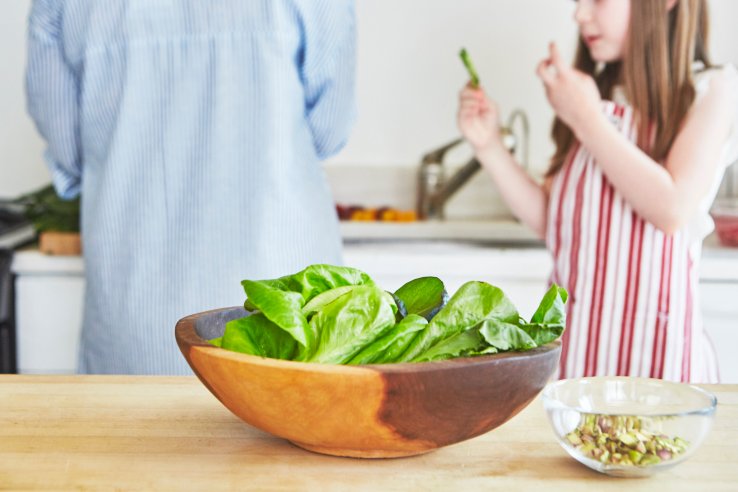 First Round Partner Rob Hayes said, “In agriculture, everyone agrees that maybe not right away but say in 15 years water will be expensive, healthy soil will be scarce and it will be more expensive to farm outdoor than inside. Why wait to work on that problem until it’s a crisis?

Hayes, a self-proclaimed optimist, isn’t exaggerating in the least. According to the California Climate and Agriculture Network (CalCAN) the “salad bowl state” has lost an average of 50,000 acres of farmland each year for the past 30 years to development. That’s a lot of paved over land that used to produce food and sustain livestock.

Bowery faces competition from major producers of leafy greens like Earthbound Farms or Dole, but also from other indoor and sustainable agriculture startups like Aerofarms, or greenhouse growers BrightFarms. Hayes said he was drawn to Bowery’s approach because the company is proving its systems work with a “seed to store” approach, instead of developing software to try out on other farmers, putting their crops at risk if something doesn’t work.

Fain said that Bowery plans to use its funding to build new indoor farms, develop and test new technology to raise other crops indoors, and to continue making inroads with groceries, restaurants and food e-commerce companies.

Updates: The company originally disclosed a $6.3 million funding round to TechCrunch. Bowery now says it has raised $7.5 million in total venture funding to-date. We updated our headline and story with the new number.