Ryan Craig Contributor
Ryan Craig is managing director of Achieve Partners, an investment firm focused at the intersection of education and employment, and author of “A New U: Faster + Cheaper Alternatives to College.”
More posts by this contributor

Betsy DeVos was barely confirmed last week as the new Secretary of Education –- or should I say bearly.

In her welcome address to the Department of Education on Wednesday, Secretary DeVos made light of her remark about schools needing guns to protect children from grizzly bears: “For me, personally, this confirmation process and the drama it engendered has been a … bit of a bear.”

She was laughing along with the entire internet. Memes of grizzly bears flooded social media for weeks. Following his confirmation hearing in 1991, Justice Clarence Thomas complained of a “high-tech lynching.” Secretary DeVos has been subject to a “high-tech mocking.” So it’s ironic that Betsy DeVos is positioned to become a champion of technology and upend many of the broken practices that litter the landscape of American education.

To paraphrase Dan Ariely, founder of The Center for Advanced Hindsight, “Education technology is like teenage sex: everyone talks about it, nobody really knows how to do it, everyone thinks everyone else is doing it, so everyone claims they are doing it…”

In both K-12 and higher education, technology remains supplemental to chalk-and-talk practices as old as the hills, and not much more effective from a pedagogical standpoint. The excitement around supposed innovations like Massive Open Online Courses proves disconnected from learning and student outcomes, and ultimately fleeting as the edtech chattering class move on to the next thing.

In both K-12 and higher education, technology remains supplemental to chalk-and-talk practices as old as the hills, and not much more effective from a pedagogical standpoint.

But there are two reasons to believe Secretary DeVos will change this dynamic. In K-12, the most promising applications of technology have been found most consistently in private and charter schools — freed from the strictures of teachers unions.

In particular, AltSchool has engaged in a multi-year science project to reinvent primary and secondary education based on what technology can do today, without regard to traditional classroom structures or teacher roles. AltSchool operates seven small private schools (called “lab schools”) and is now pivoting to license its technology to private and charter schools. Secretary DeVos will increase federal support for charter schools, and perhaps private schools, as well, in the form of vouchers. It should be a boon for insurgent providers like AltSchool that are thinking very differently about how best to utilize technology to maximize student learning. 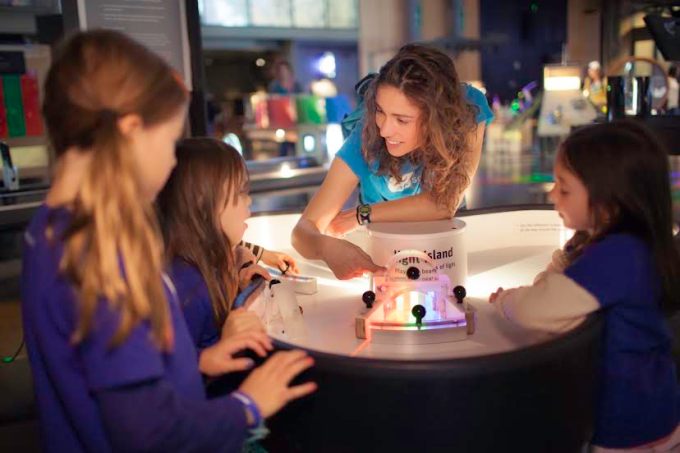 Education in an AltSchool classroom

In higher education, the changes Secretary DeVos is likely to implement will be more fundamental to the adoption of impactful technology, albeit in a roundabout way. Despite the exceptional attention paid in the confirmation process to Secretary DeVos’ views on K-12 education, the federal government has a lot more leverage in higher education than in K-12, for the simple reason that it pays the bills.

In K-12 education, less than 10 percent of total funding comes from the federal government (the remainder is state and local). In contrast, few if any colleges and universities would survive without federal support for higher education via Pell Grants, Stafford Loans and PLUS Loans.

Secretary DeVos and her allies on Capitol Hill understand this, and that the only way to fundamentally improve student outcomes in higher education is to “follow the money.” As a result, plans are afoot to condition federal funding on colleges and universities, putting some skin in the game.

By supporting charter schools and changing student financing for college, Secretary DeVos will usher in a new era of technology innovation in education. So while it’s probably too late, the internet owes an apology to the new Secretary of Education.

The most obvious way to accomplish this is via a new “10/90” rule, wherein schools would be responsible for funding $0.10 in Income Share Agreements (ISAs) for every $0.90 drawn down in federal loans; ISAs are repaid by students following graduation (a fixed percentage of income for a fixed number of years, with a clear cap).

With “skin-in-the-game,” colleges and universities will no longer be in a position to “take the money and run.” Instead, for the first time, they will be co-invested in the success of their students. (Even if schools are prepared to simply write off the 10 percent, few will be able to source the requisite capital from balance sheets or operating budgets and therefore will need to tap private capital markets. And external capital sources will only underwrite programs and credentials that actually pay off.)

Most important, as ISAs become an expected form of student financing, their availability and pricing will send useful signals to students regarding likely return on investment at the level of program, credential and institution. These signals will change enrollment behavior — causing students to flock to high ROI programs and shun low ROI programs — at both undergraduate and graduate levels.

Resulting enrollment shifts will require colleges and universities to rethink product-market fit in the same way that AltSchool has in K-12.

How can our institution utilize technology to maximize learning and employment outcomes for students, without regard to traditional forms such as the lecture, the classroom, the Career Services Office and especially the four-year degree?

Competency marketplaces will “unbundle” the degree. Students will have a GPS for their own human capital development and will benefit from faster, less expensive pathways to good first jobs, as well as a multitude of opportunities to engage in meaningful competency-building higher education programs throughout their professional careers.

By supporting charter schools and changing student financing for college, Secretary DeVos will usher in a new era of technology innovation in education. So while it’s probably too late, the internet owes an apology to the new Secretary of Education.