Comcast is launching a new app called Xfinity Stream, which will replace its older Xfinity TV app on mobile devices, as well as deliver a host of features for cable subscribers, including access to live TV, on-demand programming, DVR recordings and more. But the app serves another purpose, as well: Like the TV app it replaces, it will also be home to Comcast’s internet TV service aimed at cord cutters, Stream TV. This IPTV service is expected to roll out nationally later this year under new branding.

Stream TV hasn’t had much attention since its launch in mid-2015, mainly because it’s still only available in select markets. Currently, those in Boston and Chicago metros can subscribe to the live television streaming service, which is being aimed at those who no longer want to pay for cable TV, or have chosen not to sign up for cable in the first place.

In all regions, Stream TV includes access to the local broadcast stations (ABC, CBS, CW, FOX, NBC, PBS, Univision and Telemundo), as well as HBO. The service has been criticized for not being on par with Sling TV or PlayStation Vue, but it’s not really aimed at the true cord cutter. Instead, Stream TV is meant to appeal to those who generally watch TV at home, where a laptop or mobile device is used as their first screen.

In other words, Stream TV is not an “over-the-top” service, like Sling TV. The Stream TV package requires customers to be on their in-home Xfinity Wi-Fi network in order to use the service. Outside of the home, users have to rely on “TV Everywhere”-powered apps, like HBO GO, FOXNow, NBC and WatchABC.

Comcast plans to roll out Stream TV nationwide later this year to all the markets where Comcast is available. Today, that footprint includes 39 U.S. states, plus D.C.

At the time of the nationwide launch, Stream TV will also be rebranded to eliminate confusion between it and this new “Stream TV” app.

The app will then continue to serve both Comcast customer bases: those streaming TV cord cutters as well as the traditional cable TV subscribers. 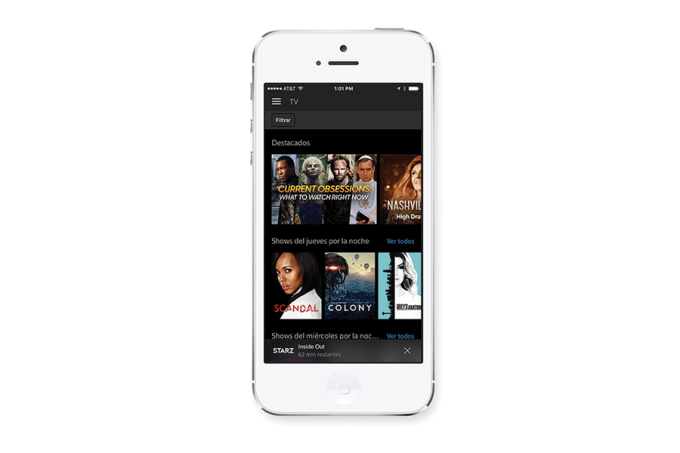 As for the new Stream TV app itself, it now allows Xfinity cable TV subscribers to tune in to more than 200 live TV channels, including sports networks like ESPN, Fox Sports and NBC Sports; news networks such as Fox News, MSNBC, CNN and BBC World News; kids networks like Nick Jr., Disney Channel and Sprout; plus 50 Music Choice channels and other cable and premium networks.

Stream TV (the IPTV package) subscribers will have access to the same general feature set, but will only be able to view those channels and on-demand titles included in that subscription. Downloads are not available for the broadcast networks or HBO in this package, so on-demand viewing may be limited.

However, the streaming TV service may offer users the ability to add other premium channels in the future, we understand, like Starz or Showtime. Both of these channels offer offline access (meaning, downloads).

The new Stream TV app will launch on iOS and Android devices on February 28th.

Customers who already have the Xfinity TV app installed will be transitioned to the new Stream app through an app update, says Comcast.