Yik Yak crashed and burned after raising $73.5 million… then laying off most of its employees as users ditched its anonymous message board app. But now Yik Yak appears to be taking another shot at the college demographic with an app for chatting up people with the same classes, major or interest.

Last week, an app called Hive appeared in the app stores. It was built by Richard Guy, Yik Yak’s lead mobile developer, shares the same minty green color scheme and features Yik Yak co-founder Brooks Buffington in its screenshots. Spotted by The Verge and now on Product Hunt, Hive describes itself as “an exclusive social network for your campus. With Hive it’s easier than ever to talk with everyone on campus.” 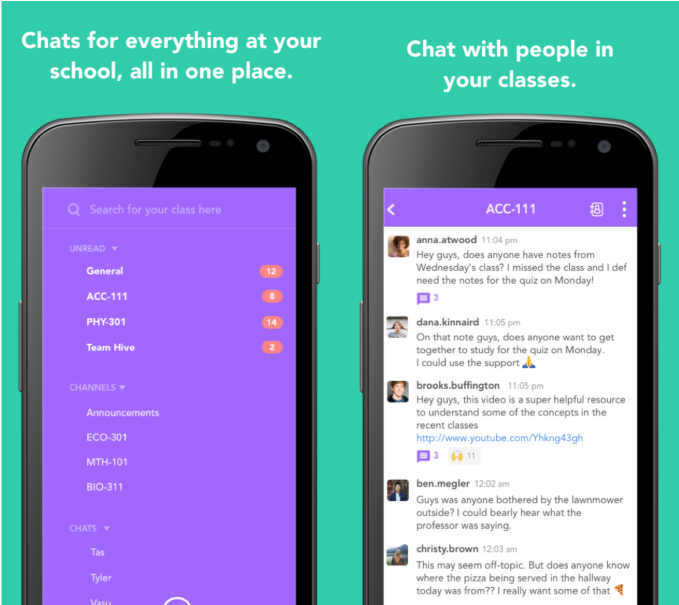 The app appears to let you join chat room “channels” for different classes, majors and interests, plus message directly with specific people. It’s laid out much like Slack with a side drawer full of your different channels. The catch is that the iOS and Android app is only for college kids with .edu email addresses, and right now it’s only open at South Carolina’s Furman University where Yik Yak’s co-founders met.

The idea seems to be that if you need help studying for a test, working on a research project or organizing a club, Hive could help. We’ve reached out to Yik Yak for more details about whether this is an official pivot or just a side project, but haven’t heard back.

Merging Facebook original sign-up strategy with the messaging trend and Slack’s design is a pretty astute way to create a formula for a viral app. Facebook initially only let users at a few elite colleges join, and one of its core features was the ability to see who was in your classes. The constant usage of chat apps has made them the focal points of the mobile industry. And Slack has proven that simple messaging can unlock deep value from collaboration. 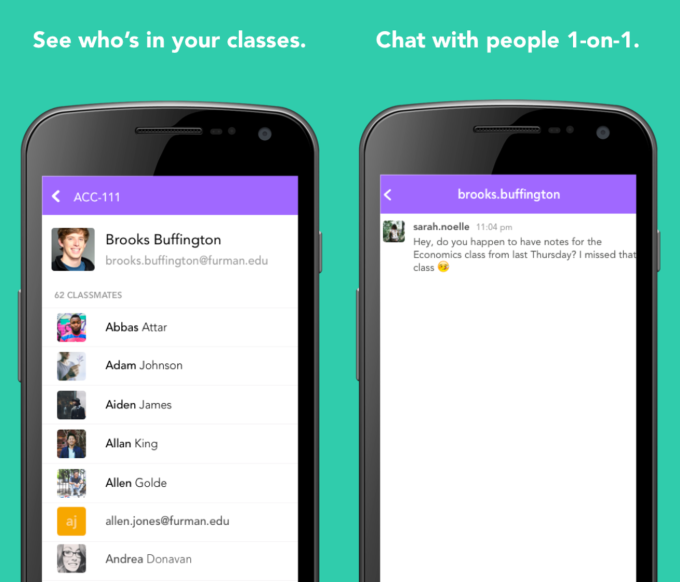 Yet Hive lacks the network effect Facebook created by interconnecting users from different schools. The messaging has become swamped with competitors. And Slack’s design works because you’re probably only in a few teams or channels, and all your work is important.

Hive’s wide range of channels of unfocused communication could feel noisy and unnecessary. Facebook already has a Groups For Schools product focused around classes. Plus, when students already have a mess of messaging apps, they might be reluctant to join another just for homework tips.

Cutting its head count, doubling down on the demographic it understands and building a lean new product is exactly what Yik Yak should have done with its remaining venture capital. But to bounce back to anywhere near the $400 million valuation it reached before its first app crumbled, Yik Yak needs lightning to strike twice — and this time to figure out how to bottle it.