In what amounts to one of the purest and most interesting experiments in assessing value of Mac OS’s App Store the founder of Rogue Amoeba posted a description of what happened when he pulled his app Piezo. The result? More revenue as a whole without much damage to sales.

The impetus for the move came Apple pulled the Dash app off of the App Store. In the 100 day period since the move, Dash maintained and even increased revenue and found that its users didn’t care which platform they were using – 84% of the customers simply moved over to the independent app license from the App Store license. The bottom line? “It feels great to have full control over my business and to avoid App Store installation/updating/purchasing issues,” wrote Dash creator Bogdan Popescu.

When Paul Kafasis tried to move away from the App Store he was worried he’d lose half of his sales. After all, many months saw about 50% of sales coming from the App Store directly. When he pulled the app a year ago, however, all of those App Store sales turned into direct sales through his website, a fact that surprised and amused Kafasis. 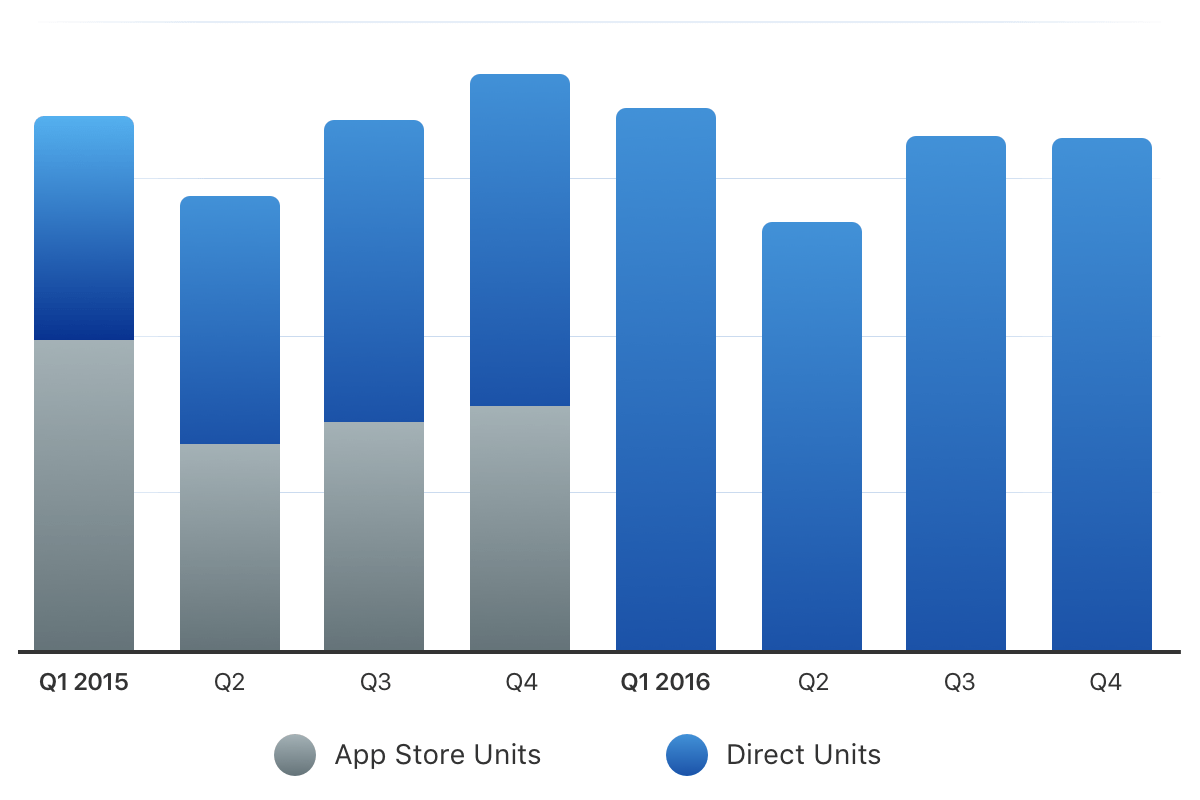 “I certainly won’t state that every developer will have this same success if they remove a product from the Mac App Store and distribute it exclusively through their own site. Your mileage will undoubtedly vary,” he wrote. He cited the fact that maintaining the app for the app store was costly and much of his revenue went to paying the App Store a commission. Now, through direct sales, he can focus on the product and not the sales channel.

App Stores in general are a “good idea.” But having more than one sales channel is also massively important. Last summer I talked about something called the Ripple Rug and how this odd little product – basically a rug for cats – was facing arbitrage problems from drop shippers who were hiking up the price of the rug and simply buying it on Amazon and shipping it forward. Then the drop shippers would pass the cost of returns on to the Ripple Rug, thereby making cash when the sold the rugs and when customers complained. The result? The creators of the rug pulled it from the Amazon briefly but recently brought it back for more than they sell it on their site. To do this the Ripple Rug folks are selling updated version of the rug on the site and a different version on the Amazon store because Amazon does not allow you to sell directly for less than it appears on Amazon.

“I have to run two production lines just to sell on Amazon,” said Fred Ruckel, creator of the rug.

Why? It makes perfect sense. If you want access to the Ripple Rug – or anything, really – you can get it through the “quick and easy” Amazon store or you can go directly to the seller and get it cheaper. And most people wanted to get it on Amazon.

“I had to put together a really good strategy to survive amazon,” said Ruckel. “We basically pulled Fulfillment by Amazon. When Amazon fulfills products for people that’s when people arbitrage. But Ruckel knows he needs Amazon just as many app makers know they need the App Stores.

But you can fight back. In fact, Ruckel’s seems like a great strategy: charge more on the App Store as a convenience fee to those too lazy to click around a little to find it cheaper. We knew the Walled Garden would win way back in 2011. We just didn’t understand how.

App Stores are storehouses. They are great if you’re giving something away – you can grab lots of eyeballs quickly with the right strategy – but they definitely take a cut of revenue and could encroach on overall sales. The problem is that we’re stuck. We’re stuck selling through the iOS and Android app stores and, if you sell books, Amazon is the only way to go. When get locked into one way of sales we’d don’t see or accept alternatives and that hurts us.

In the end these three examples should not define a sales strategy. What they do show, however, is that for certain popular products there is little value in trusting any app store – be in Google’s, Apple’s, or Microsoft’s – to work in your favor. Direct sales are always and option and it’s quite important to figure out a strategy based on direct sales sooner than later. After all, in the end it probably won’t even matter if you pull your product from the App Store du jour.