Android Wear watches are an interesting breed. Because Google mostly locks the operating system down, there are only so many ways the hardware manufacturers can differentiate themselves from the pack. With the launch of Android Wear 2.0 today, Google is giving its partners the option to add usable hardware buttons and dials to their watches. Its launch partner for Wear 2.0 is LG, which is launching two new watches (“designed with our friends at Google”) this week: the LG Watch Style and LG Watch Sport.

The Sport is what you get when you tell a manufacturer to please support every single feature in your operating system, so it features LTE connectivity, a speaker, heart-rate monitor, two buttons and a dial. The result of that is an almost comically gigantic watch with limited battery life. You can read our full review of the Sport here.

The Style, on the other hand, is what you get when you pare down Wear 2.0 to its absolute basics. It’s a perfectly stylish round smartwatch that comes with a bunch of different color options both for its bezel and its bands. Its design definitely takes its cues from the earlier LG Watch Urbane line and is also a bit reminiscent of the Fossil Q. It’s 14.2 mm thick, and that’s a good 3 mm thicker than an Apple Watch. Thanks to its tapered edges, the size feels alright, though.

Affordable but with trade-offs

At $249, it’s the cheapest Android Wear 2.0 watch you can buy right now. But in terms of features, you won’t get much, especially compared to the $200 Wear 1.x watches you can currently get on Amazon and that will likely get Wear 2.0 in the near future, too. True to its name, the Style doesn’t feature any of the advanced features the Sport version offers. That means no heart-rate monitor, no speaker, no LTE, no GPS, no barometer and no NFC support either (so you can’t use it to make payments, which is one of the marquee features of Wear 2.0).

You’re not going to go diving with this watch either, but if you’re wearing it in the bathtub, you’ll likely be fine. Its IP67 rating means its dust and water resistant and should survive under water for up to half an hour.

If, however, those are things you don’t care about (and personally, I don’t), you still get most of the goodness of Wear 2.0, which now introduces standalone apps, a new interface design and support for dials and buttons. You also still get the same 4GB of drive space on the watch that Sport owners get. That means you can download music to the watch and listen to it with your Bluetooth headphones while you’re on a run (or when you forget your phone at home) — though if you’re a runner, this obviously isn’t the ideal watch for you.

As for the screen, I found the touch response a bit twitchy at times. It would often think I tapped something or swiped when that wasn’t my intention at all. I’m guessing that’s something a software update can fix. It’s a nice and bright 1.2-inch P-OLED display, though, with vivid colors and a perfectly adequate 360 x 360 resolution.

You do get a genuine leather strap, too, though you shouldn’t expect a very premium feel from it. Indeed, while the watch features a stainless steel bezel (optionally in silver, titanium and rose gold), it feel very light, almost to a degree where you could call it “plasticy.” If you don’t like it, you can easily change it out for another style, though. 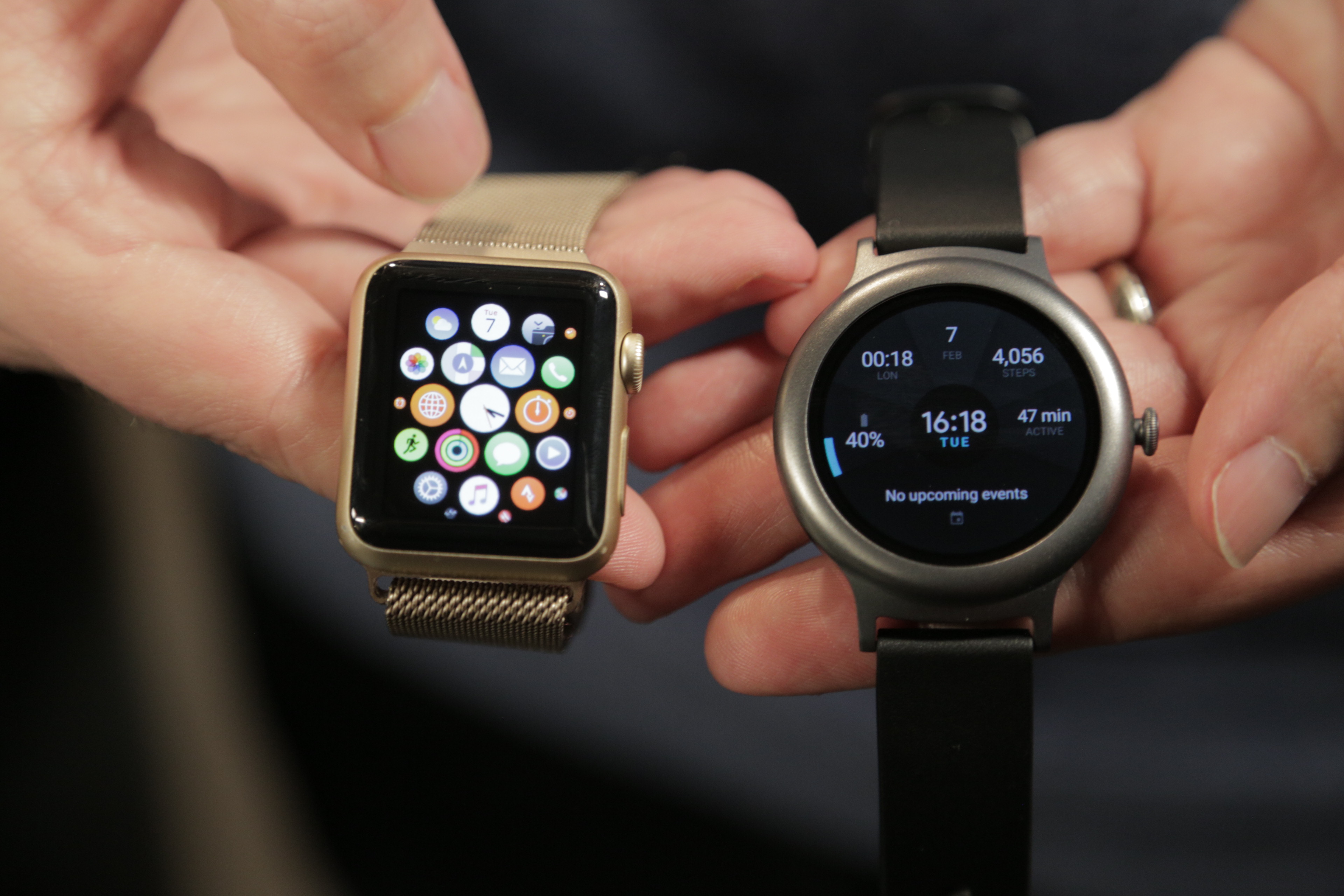 After a few hiccups that were due to the pre-release software Google loaded on the devices, using the Style was easy enough. Switching from Wear 1.x to 2.0 does take some getting used to, though. A lot of the muscle memory you may have built up is now useless. You can swipe in any direction to dismiss notifications, for example, and the dial is now far more important than a button ever was on the last-gen Android Wear devices. Indeed, now that you can use the dial to scroll through apps, for example, you’ll probably find yourself tapping the screen a bit less often (though why I can’t scroll and then select an app by pushing the button again is a mystery to me — you can scroll with the wheel, but you still have to tap the app you want to select).

The Google Play store on the app — another Wear 2.0 marquee feature — doesn’t offer too many apps yet, but it’s an interesting selection already. I still prefer to select apps and watch faces on my larger phone screen, though.

Another headline feature of Wear 2.0 is the tiny on-screen keyboard that you can now use to tap out messages. That works surprisingly well, thanks to Google’s smart typing predictions, but it’s obviously harder on the Style watch than on the Sport version, which features a significantly larger display. 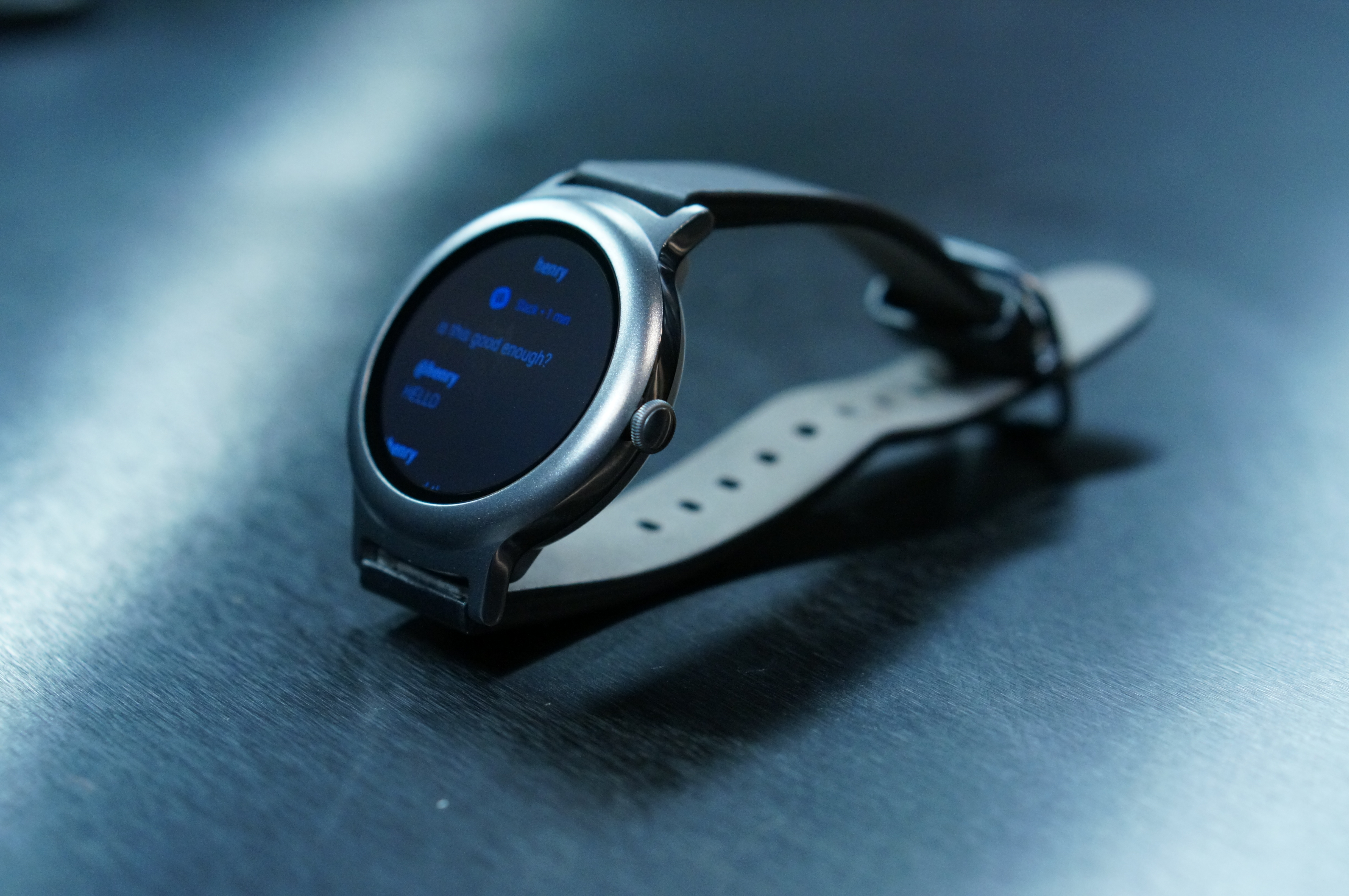 One issue that has long plagued virtually all smartwatches is battery life. LG promises “all-day” battery life and, for the most part, that’s what you get — assuming your days aren’t too long. On most days I’d take it off its cradle around 8 am in the morning and come 9 or 10 pm, the watch, with the always-on screen option toggled on, would be down to its last 15 percent — and that’s for days with pretty moderate use. On busier days, it’d long be dead after only 10 hours.

I was definitely hoping for more, especially because my Huawei Watch, for example, easily gets me through the day (and often through half of the next day, too). If you turn off the always-on screen, you obviously get better battery life, but I always found this to be one of the nicer features of Android Wear, and I still refuse to wear a watch with a blank screen.

The good news here is that the watch does feature wireless charging, so at least you won’t have to try to align it with a randomly designed charging cradle. 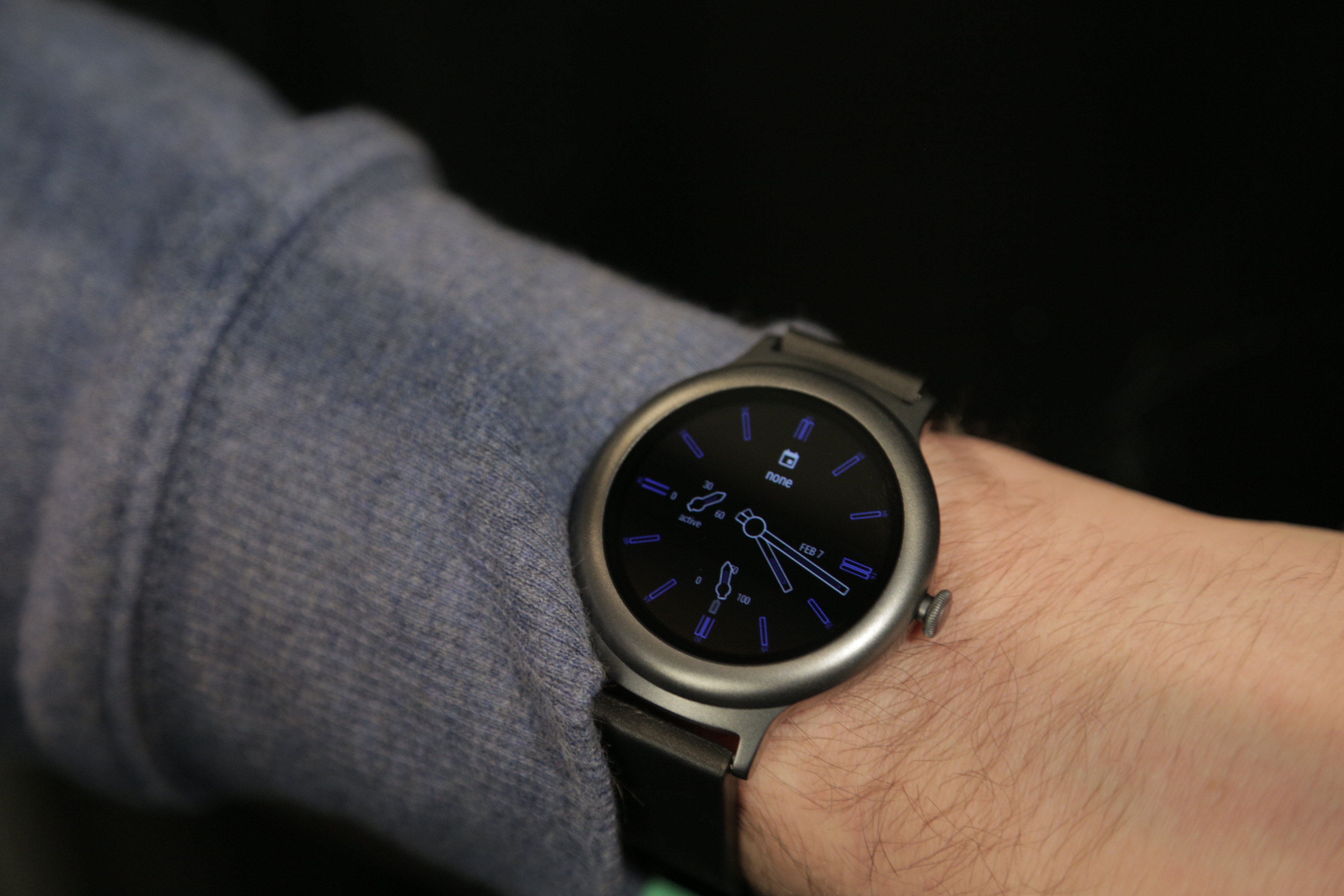 What you get with the LG Watch Style then is a basic Android Wear smartwatch that looks good and won’t break the bank. It doesn’t feature any of the bells and whistles that its more expensive brethren offers, but, for many users, that may not be an issue (do you really need a speaker on a smartwatch, after all). If you don’t need a Wear 2.0 watch right now, though, I’d wait a bit and see what other manufacturers bring to the table.

If you do want to buy it right away, the LG Watch Style will go on sale on February 10 at Best Buy and the Google Store. It will also go on sale at carriers and retailers in Canada, Russia, Saudi Arabia, South Africa, South Korea, Taiwan, UAE and UK in the coming weeks. 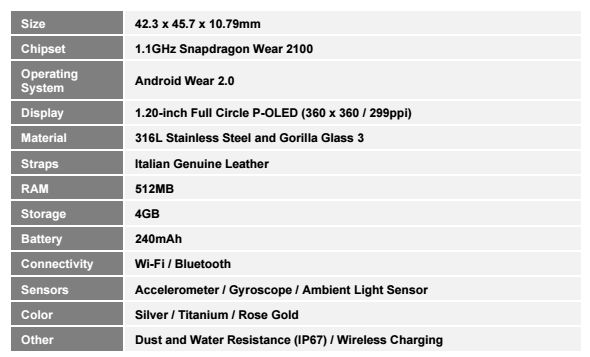