“What is happening in Turkey?” is not a question you want to hear from friends and family abroad when you are trying to scale a business or raise funding for your startup.

Having to explain the intricacies of your geography (in addition to your own value proposition) is also not the position you want to be in when you’re launching a VC fund.

Plagued by terror attacks and distracted by volatility from within and by neighboring civil issues, Turkey has made quite a few headlines recently. These have been happening to a country that was once regarded the beacon of hope as a secular, democratic, Muslim country in the Middle East.

The consecutive hands Turkey recently got dealt have pushed the country’s “normal” to an unnerving state. Two days after the coup attempt, I remember getting a text from Dave. He first asked whether I was OK and secondly what I planned to do with 500 Istanbul, a $15 million early-stage micro VC fund we had launched only a couple of months prior. 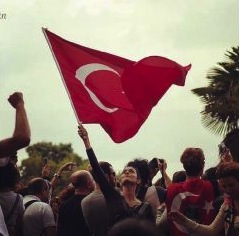 I told him there were no changes in the plans and that we would move forward. We did our first close for 500 Istanbul one week after, on the 22nd of July. While people were emailing me to make sure our families were OK, I was emailing out capital call notes. It is easy to look at Turkey as an outsider and come to certain conclusions, but as a local investor, I want to think there is still upside to be garnered from a region so big, so young and so hungry for VC capital and infrastructure.

What our emerging region lacks in predictability, it makes up in growth potential as an under-served landscape with serious funding gaps. What I wanted to undertake in this market is NOT a social impact mission.

Yes, our capital and services are needed now more than ever, but at the same time, our relative opportunity could be no greater, given the lack of investing competition in the market. The fact that the few existing institutional VCs in Turkey mostly focus on later-stage funding opens up an incredible market opportunity for early-stage investors.

This might be partly because of the preferences of the VCs investing in emerging markets, in trying to limit operational downside. As they feel they might already be exposed to a higher level of risk due to the volatilities of the region in which they operate, they often choose to invest in later-stage startups with a more mature track record. This is where 500 Istanbul comes in, to fill (albeit partially) the early-stage funding gap. 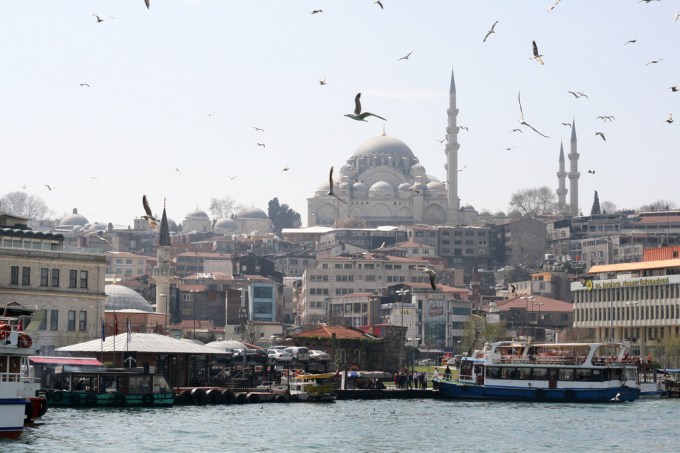 Businesses with regional focus and audience

In the past 10 years, Turkey has been relatively successful in replicating proven Western models in the local market. We have a 75 million population with an average age of 26, who are incredibly engaged online and who have means to pay (second highest rate of credit cards in Europe). I understand creating “me-too” businesses is not as glamorous of a business model, but it is a very lucrative one, given the right executive team.

This is not a concept originated in Turkey; many early success stories in SEA have also followed similar footsteps. The macroeconomic nature of the region is the main driver behind these success stories: as the market grows, the best performers grow with it.

Businesses with global focus and audience

500 Startups has been particularly lucky in this arena with some of the Turkish investments they’ve done in the past, like the unicorn Udemy (a 500 investments). All of these companies were built by Turkish entrepreneurs and bridged to the U.S., either in search of funding or global-scale growth. In fact, Udemy and Mobile Action still have significant development teams in Ankara, where the engineers can move between Turkey and San Francisco.

Turkey still remains a great test market for founders to conceptualize, test and iterate their service offerings prior to expanding into the global arena. This allows for a new generation of Turkish developers, learning by doing both in Turkey and in Silicon Valley, who can later help build innovative companies themselves.

The advantage of investing in these companies is the inconsequentiality of regional volatility on company performance.

By investing in immigrant founders or founders who have ambition of servicing a global audience, we are also investing into the future of the Turkish tech diaspora and ecosystem.

The advantage of investing in these companies is the inconsequentiality of regional volatility on company performance.

Israel, as a harbor of many global tech startups like Wix, Fiverr, Waze, Playtika and Similar Web, has been a great testament to this thesis. As Israel has been home to great talent and startups, I believe Turkey has the same potential.

I refuse to believe that volatility will cripple a region enough to eradicate all opportunity for innovation and investing. The people of our region are resilient, possibly because we have dealt with tumultuous dynamics for far longer than a lot of our peers in the Western world. The world just doesn’t stop because bad things happen. People continue to build and consume.

This is why I came back to Turkey 8 years ago and why with 500 Istanbul we have invested in 15 companies in the past 6 months (with the 5-year target of investing into another 85). I am very optimistic that in the next decade there will be numerous centaurs and hopefully a few unicorns that emerge from Turkey and Turkish entrepreneurs.