Sometimes it’s best to just be blunt — to ask a company, “why is this a thing I want?” It’s an important question — perhaps the most important question in consumer electronics — and for some companies, it’s seemingly becoming increasingly more difficult to answer.

It’s something Basslet gets a lot. You would, too, if you had devoted the last couple of years to giving the world a wrist-worn subwoofer, a little black wearable device that vibrates the wearer’s forearm in time with the music. Lofelt is the kind of company you take a meeting with because you’re genuinely curious what the deal is. 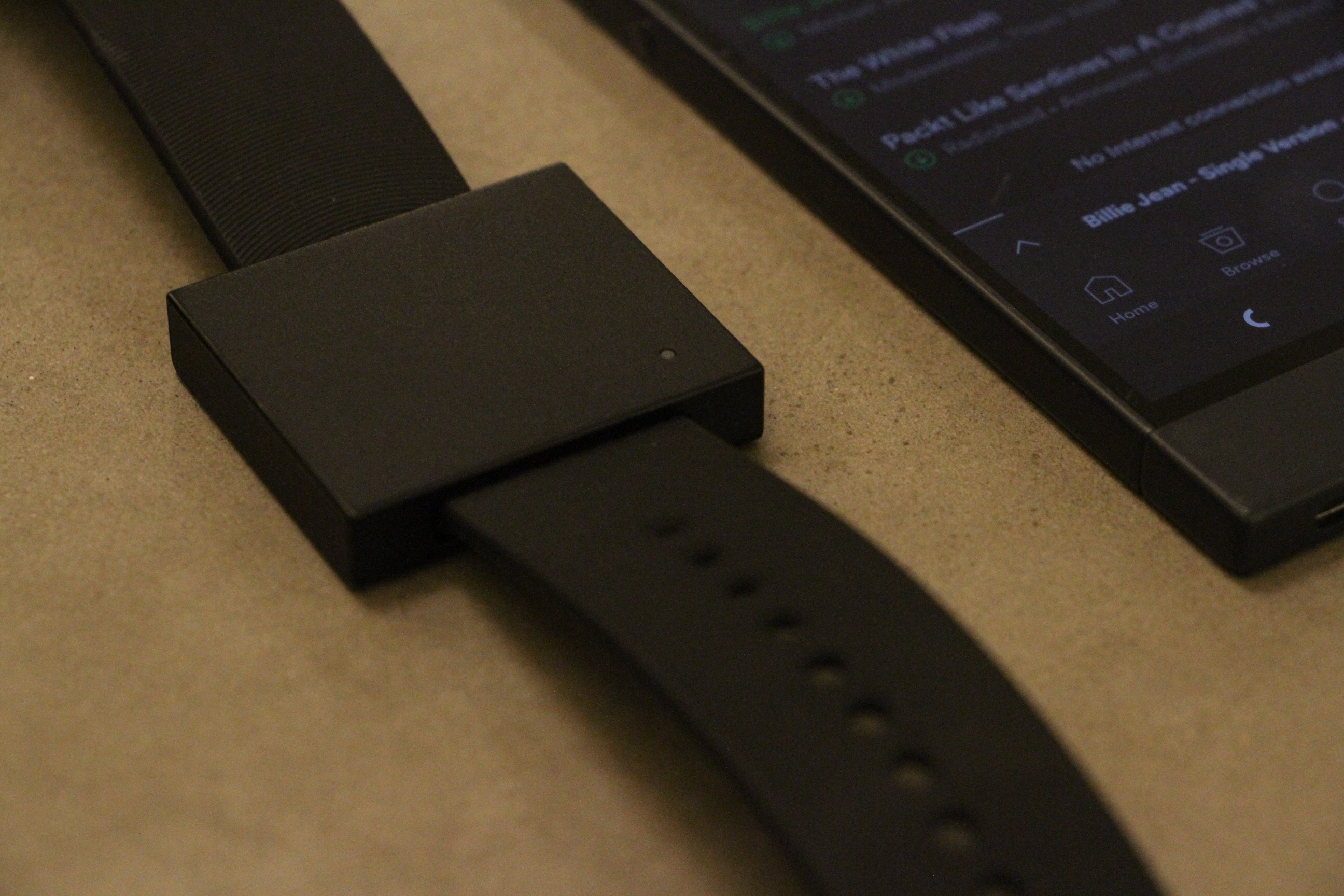 The answer is immersion; an attempt to recreate the live music experience, albeit in a sort of hyper-localized region of the body, rather than a real concert that really shakes you to the core. CEO Daniel Büttner told TechCrunch the idea for the product occurred to him while he has playing the stand-up bass, a big resonant hollow hunk of wood that does indeed let the player feel the music.

I certainly still needed convincing, so I slipped it on earlier today and fired up a Kendrick Lamar song. The Basslet works as advertised. The syncinf functions well, and it does make the experience a bit more immersive. Sure, it’s contained to one arm, but the human body is pretty good at tricking itself into feeling things a bit more fully.

It’s also solidly designed, with nice touches like a pair of buttons for increasing intensity that also serve as charging ports so the wearable and the transmitting dongle can charge together. 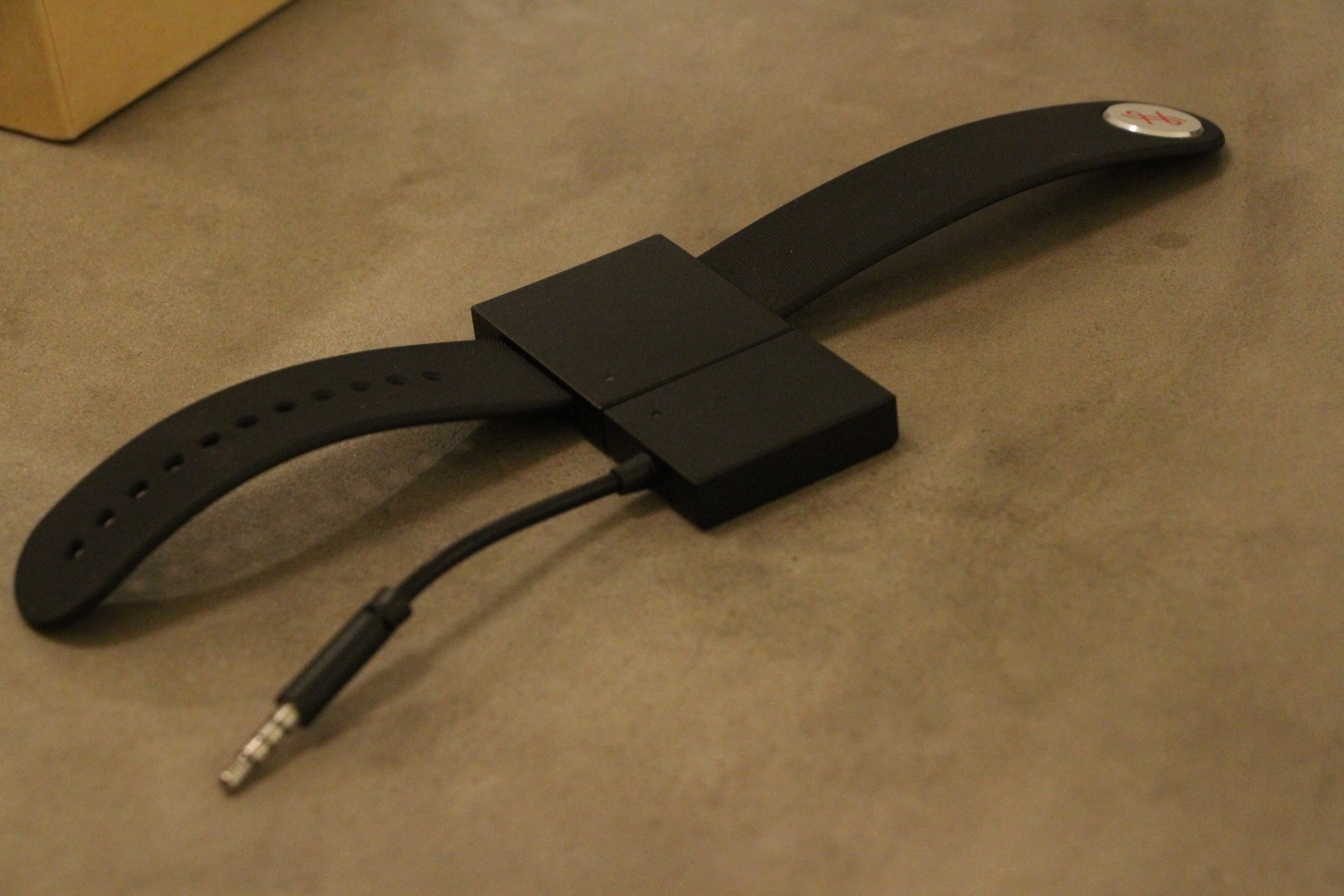 It’s interesting and sort of compelling, but I can’t imagine it’s $199 worth of compelling for most users outside of that initial Kickstarter round. Sure, as the company points out, plenty of audiophiles are willing to pay a pretty penny for a pair of speakers, but the Basslet is ultimately going to be a tough sell as another couple hundred bucks on top of that expense.

I’m been playing around with it for a bit, and I don’t see it ever finding a way into my normal listening routine. The sensation of having my arm vibrated along to bass-heavy music is a bit fatiguing.

Really, the Basslet feels more like an interesting first step than a full-fledged standalone product. The Berlin-based company is in the business of making what it calls “HD haptics.” It’s done a good job shrinking it down into a compact, wearable form, and it’s easy to see how it could well add to experiences like gaming and VR that demand more immersion — both of which the company is actively pursuing. 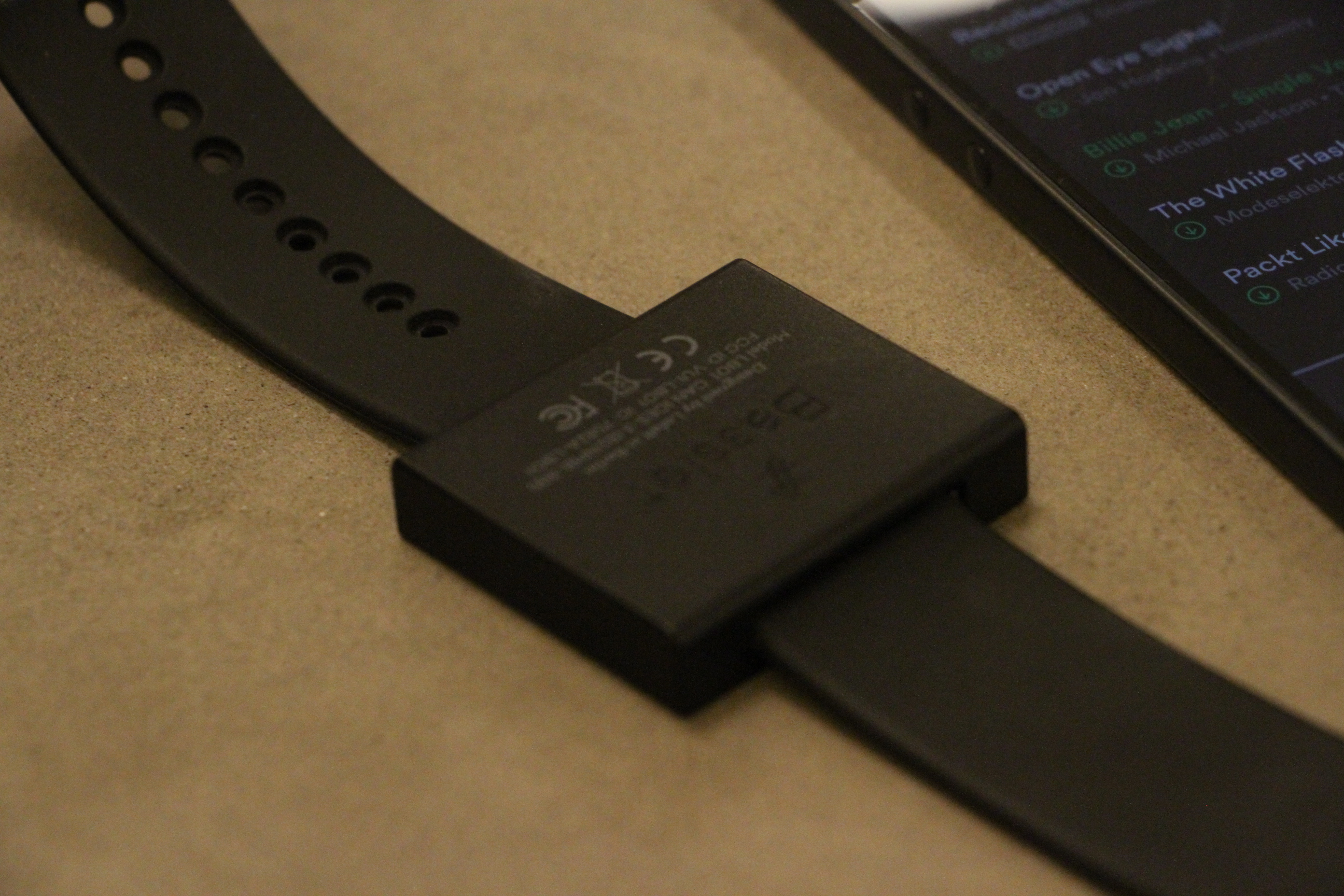 Hopefully Basslet will find its way into the world through retail distribution partners. It’s certainly worth checking out, if only to better realize for whom the tech can be harnessed in the future, should some gaming partner want to actively develop for it.

Personally, I just don’t see a void in my life that needs to be filled with a wearable subwoofer. But if you’re $199 worth of compelled, you can pick it up starting today.