Snap Inc. files for its +$25 billion IPO, Uber CEO Travis Kalanick quits Trump’s advisory council and the tech industry reacts to Trump’s immigration ban. These are the biggest tech stories of the week.

1. Snap Inc., the parent company of Snapchat, officially filed publicly for its massive IPO. It will be listed on the NYSE as SNAP. While this is just another small step in the process of going public, the world finally got a look at the financial inner-workings of the company that is expected to go public at a valuation of more than $25 billion in March. What we know so far is this; Snap reportedly hit 160M daily users (but slowed user growth) and $400 million in revenue in 2016. Snapchat was flying high in early 2016, but growth slowed 82% after the launch of Instagram’s Stories feature clone. Snapchat paid $114.5 million to acquire mobile search engine Vurb, acquired animated lens product Looksery for around $150 million, and shelled out $64.2 million for Bitstrips, the creators of Bitmoji. Word is that Snap will also expand distribution of its Spectacles hardware product in 2017. 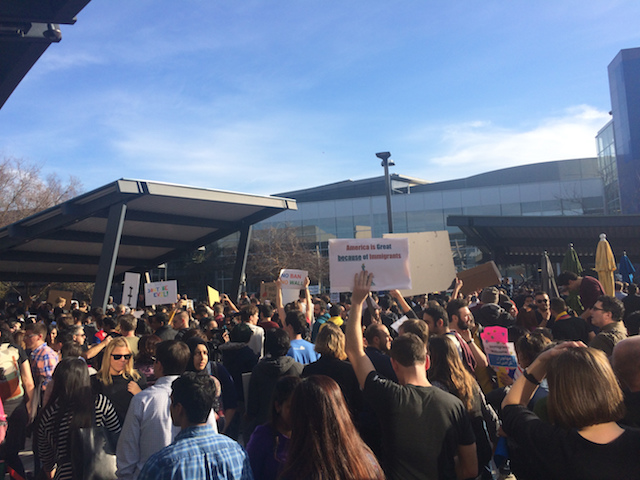 2. President Trump signed an executive order that temporarily halted the admission of refugees and stopped citizens of several Muslim countries from entering the U.S. Tech companies spoke out in opposition to Trump’s order by donating to the ACLU, protesting and recalling employees from abroad. Google pledged $4 million to support U.S. immigration organizations, and employees at many of its offices rallied in protest. A number of tech executives matched ACLU donations as well. Mark Zuckerberg released a statement defending immigrants threatened by Trump. “We need to keep this country safe, but we should do that by focusing on people who actually post a threat,” he wrote. Airbnb CEO Brian Chesky tweeted that Airbnb is providing free housing to people stranded by the immigration order.

3. Another related hot-button issue related to Trump’s anti-immigration efforts came into focus as White House press secretary Sean Spicer confirmed the draft of a new executive order aimed at overhauling the H1-B work-visa program. U.S.-based tech companies have long relied on this visa to bring top engineering talent in from foreign countries. A few co-founders formed a company called True North, which offers foreign-born U.S. workers a $6,000 package including airfare to Vancouver, two nights accommodations, and a day with immigration professionals who will help you. While this expensive route may be an unfriendly option to bootstrapped founders, it is an option that currently exists.

4. Uber CEO Travis Kalanick seems to have cracked under the pressure and criticism for his decision to work directly with President Trump as a member of his economic advisory council. Kalanick this week quit the council amid criticisms and a #DeleteUber social media campaign. Lyft surged to a top spot in the App Store, surpassing Uber for the first time. People were also angry that Uber appeared to be taking advantage of a taxi strike and immigration ban protest at JFK in order to promote its own ride-hailing service. Uber quickly turned off surge pricing and apologized for the “confusion.” 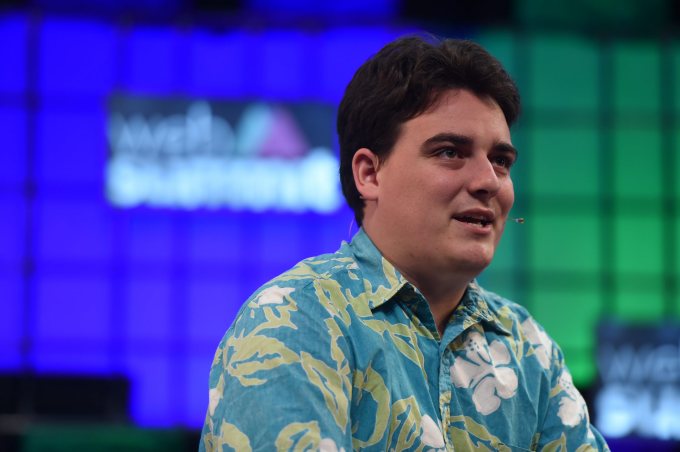 5. Facebook’s Oculus acquisition got more expensive this week as a jury awarded ZeniMax Media $500 million after finding Palmer Luckey violated terms of an NDA. Luckey will pay $50 million, and former Oculus CEO Brendan Iribe will pay $150 million. This isn’t actually the worst outcome for Facebook, seeing that ZeniMax was reportedly seeking $6 billion in the case. The jury found Oculus guilty of false designation and copyright infringement.

6. The American Civil Liberties Union quickly raised $24 million from the public after fighting President Trump’s executive immigration ban from seven Muslim countries. Now, the ACLU has enrolled in Y Combinator’s winter class to receive mentorship and gain a network of connections in tech. YC will provide some funding, although it won’t take an equity stake because the ACLU is a nonprofit.

7. Several tech companies reported Q4 earnings this week. These were the highlights: Facebook blew past analyst estimates with $8.81 billion in revenue. Amazon reported mixed earnings but continues to dominate in the cloud and smart speaker space. The company also announced it will build its own air cargo hub on the Cincinnati and Kentucky boarder, costing $1.5 billion. Apple is back on top after surpassing expectations. Investors were pleased that the company sold more iPhones than expected. GoPro stock plummeted 10% in after hours trading after the company reported under analyst expectations.

8. Spotify has long been a likely 2017 IPO prospect, but new reports suggest that plan could be shifting. Sources say that the company is considering a plan to delay its IPO until 2018, which could give the music streaming company more time to build a better balance sheet and improve its business model.

9. At an event in San Francisco, Dropbox CEO Drew Houston claimed that Dropbox is on pace for a $1 billion revenue run rate and that the company was free-cash flow positive. This information could bolster the company’s plans for a rumored late-2017 IPO.